“This is a key supply route for fresh produce at this time of year." 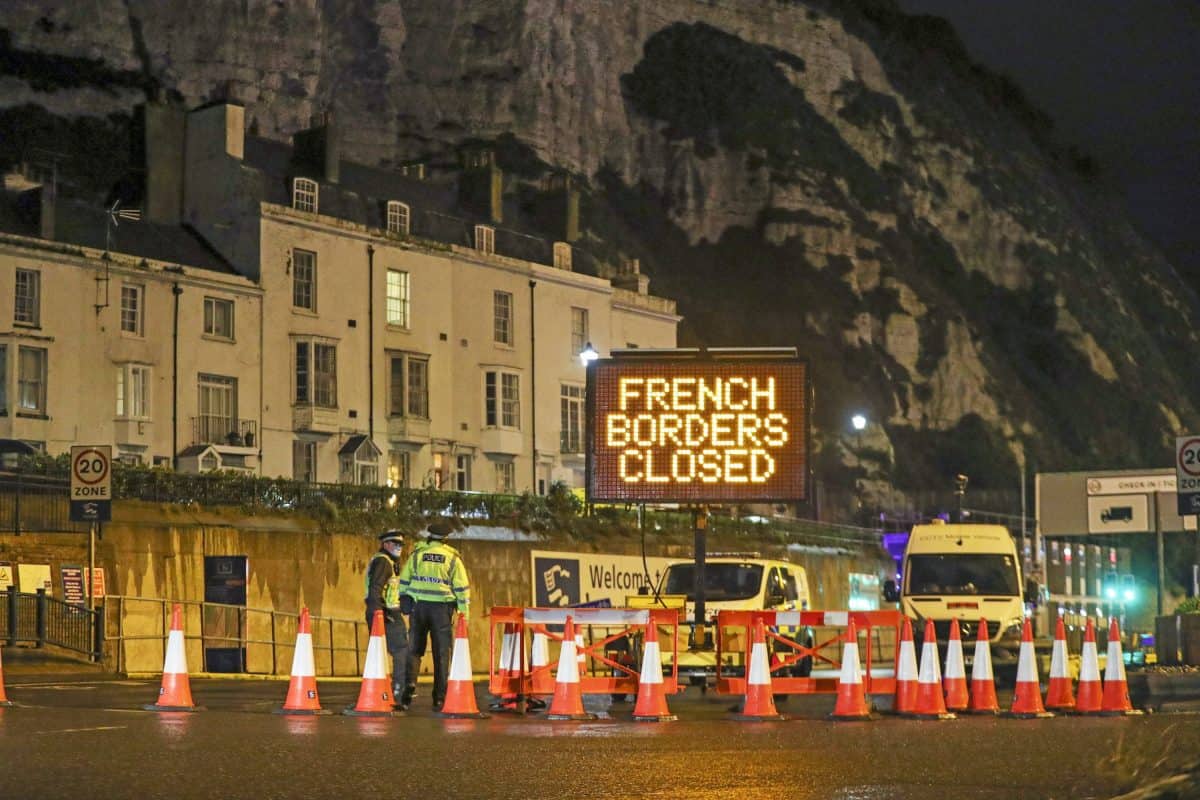 Boris Johnson will hold crisis talks with ministers after France banned lorries carrying freight from the UK and countries around the world ended flights amid fears over the new mutant coronavirus strain.

The Prime Minister will chair a meeting of the Government’s Cobra civil contingencies committee on Monday amid warnings of “significant disruption” around the Channel ports in Kent.

Hauliers were urged to stay away from the area amid warnings of potential problems as the end of the Brexit transition period looms on December 31.

Kent Police said they were implementing Operation Stack in a bid to ease potential congestion, while the Department for Transport said Manston Airport was also being prepared as another contingency measure against the anticipated level of disruption.

Italian authorities also announced the mutant strain had been detected in a traveller who recently returned to the country from the UK.

With France suspending all traffic from the UK for 48 hours, it raised fears that trade flows could be severely disrupted while passengers across Europe could be left stranded in the final run-up to Christmas.

A No 10 spokesman said: “The Prime Minister will chair a Cobra meeting tomorrow to discuss the situation regarding international travel, in particular the steady flow of freight into and out of the UK.

“Further meetings are happening this evening and tomorrow morning to ensure robust plans are in place.”

Transport Secretary Grant Shapps urged people including hauliers to stay away from the area around the Channel ports.

The British Retail Consortium (BRC) warned the closure of France to UK traffic would create “difficulties” for UK imports and exports in the busy Christmas period.

Andrew Opie, the BRC’s director of food and sustainability, said any “prolonged” disruption would be a problem in the run-up to the end of the Brexit transition period on December 31.

“While goods can enter from France, few haulage firms will be willing to send trucks and drivers across to the UK without a guarantee they can return to the EU in a timely manner,” he said.

“This is a key supply route for fresh produce at this time of year.

“We urge the UK Government and the EU to find a pragmatic solution to this as soon as possible, to prevent disruption for consumers.

“Retailers have stocked up on goods ahead of Christmas which should prevent immediate problems.

“However, any prolonged closure of the French border would be a problem as the UK enters the final weeks before the transition ends on December 31.”

Scotland’s First Minister Nicola Sturgeon said it was “imperative” the UK Government sought an extension to the Brexit transition period.

“The new Covid strain – and the various implications of it – means we face a profoundly serious situation, and it demands our 100% attention,” she said.

“It would be unconscionable to compound it with Brexit.”

Germany, which holds the rotating EU presidency, announced it was calling emergency talks on Monday to co-ordinate the response of the bloc’s 27 member states.

It came after the Irish government said it was imposing a 48-hour ban on flights from Britain while ferries would be restricted to freight only.

The Netherlands said it will stop flights from the UK at least until the end of the year while Belgium has imposed a 24-hour ban on flights and rail links while it assesses the situation.

Italy is prohibiting entry to the country by anyone who has been in the UK in the last 14 days and flights are banned until January 6 while Austria, the Czech Republic, El Salvador, Turkey and Canada also imposed new restrictions.

Countries reacted after Mr Johnson announced on Saturday that the new variant was up to 70% more transmissible than the original strain as he put London and parts of the South East and East of England into a two-week Christmas lockdown, with nearly 18 million people in a new Tier 4.

Health Secretary Matt Hancock admitted the new variant coronavirus was “out of control” and said the new restrictions may have to remain in place for months.

Concerns about the rapid spread of the disease were underlined with the publication of the latest official figures showing there had been a further 35,928 lab-confirmed cases of coronavirus in the UK as of 9am on Sunday.

Millions of people have been forced to tear up their festive plans, with Mr Johnson effectively cancelling Christmas for those in Tier 4.

In the rest of England, Christmas easing is severely curtailed, with households allowed to gather for just one day – Christmas Day itself – rather than the five days previously planned, while Scotland and Wales are also restricting Christmas “bubbles” to a single day.

And at an emergency meeting late on Sunday night, the Northern Ireland Executive agreed to reduce the five day Christmas bubbling arrangements to just one day.

Ministers also debated a temporary ban on travel from Great Britain to Northern Ireland because of the new Covid variant, with further discussions expected on Monday.

She said most of the new cases were concentrated in London and the South East – where the new strain is thought to have originated – although it was too soon to say if they were linked to it.