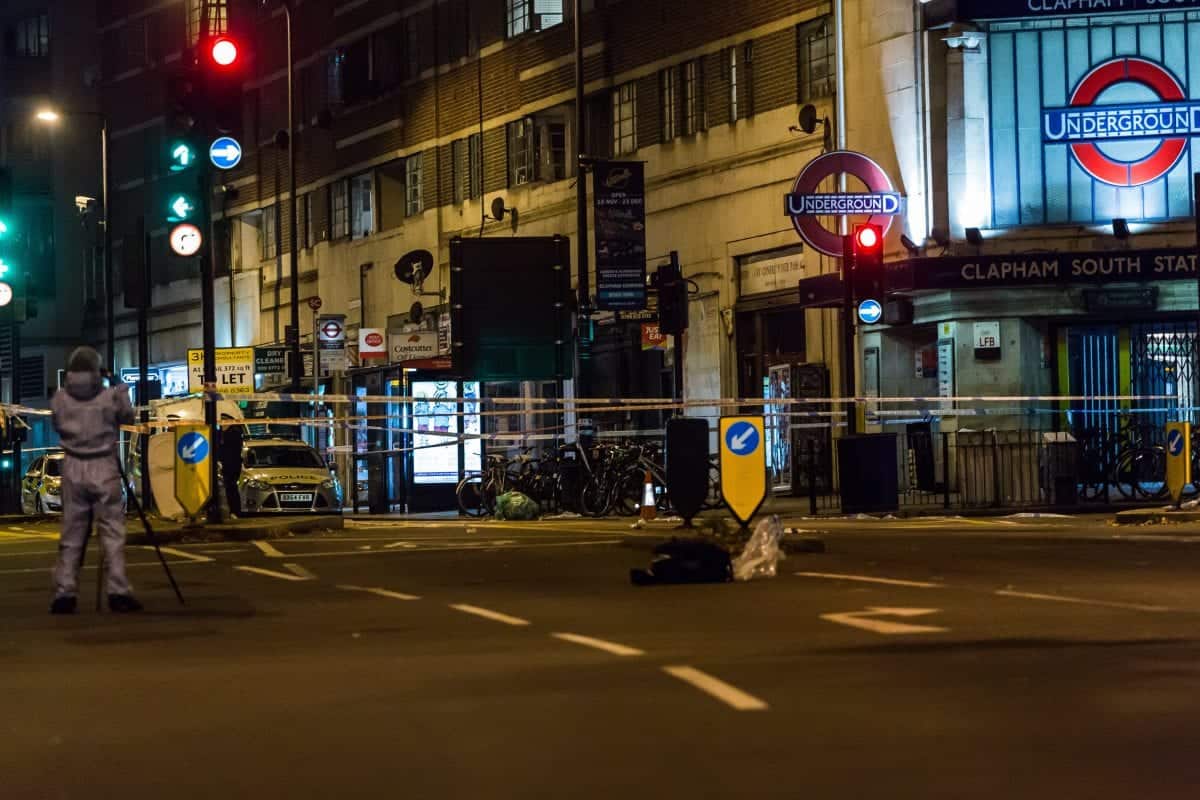 Horrified eye-witnesses told how they heard a terrible “scream” as a 17-year-old lad was fatally stabbed “in the middle of his chest” outside a tube station.

They said his shirt “became red so quickly” after he was knifed outside Clapham South tube station in south London on Friday afternoon.

The victim, who has not been named, is understood to have been a student at nearby Saint Francis Xavier Sixth Form College.

He was the second teenager to be fatally stabbed in London in just 24 hours, and the 21st teen to be murdered in the capital this year.

Andy Cronk, 52, an advertising consultant who lives in a flat above the tube station, said: “I saw him die. “I heard a scream and I looked out my window and he was lying on the floor.

“He was stabbed right in the middle of his chest.

“His shirt became red so quickly; I couldn’t tell you what colour it was, but I think he was from St Francis College.

“I saw the guy lying completely flat on the road.” He added: “I’m still in shock.

“What’s shocking for me is that nobody wanted to step forward.

“The ones that were with him were talking about the incident, they know who did this.”