Shockingly, the charity also said some of its volunteer medics who were treating the injured animals had been abused. 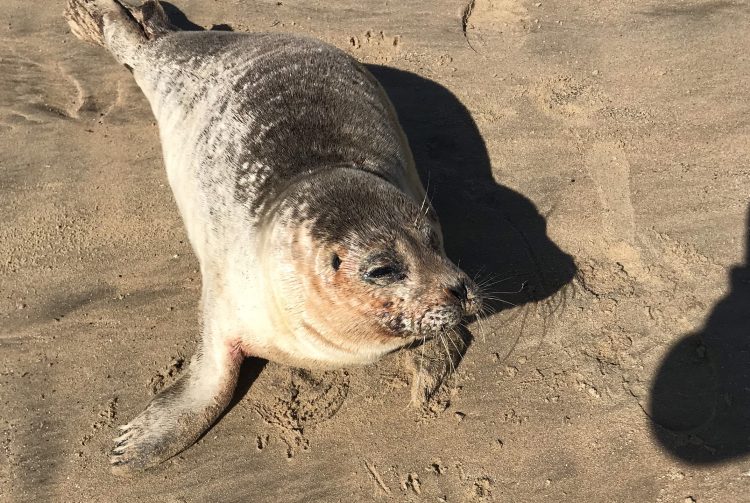 Seals were attacked by beachgoers in unprecedented numbers last weekend, a marine life charity has said.

The helpless animals were pictured being pelted by stones, chased by dogs and even dragged by their flippers.

In Hornsea, East Yorkshire, people were seen trying to pick up a four-month-old female seal by its hind flippers.

In one incident in Yorkshire a woman was bitten by a seal she was trying to pick up to show to her children, the charity said.

And shockingly, the charity also said some of its volunteer medics who were treating the injured animals had been abused.

Dan Jarvis, director of welfare at charity, said: “It’s still the end of their pupping season, so some of them are injured, lost or weak and meanwhile they’re being harassed and abused.

Just need to be left alone

“They just need to be left alone, it’s quite simple.”

Mr Jarvis added that while some of the seals managed to escape back in to the water by the time BDMLR volunteers arrived, in other incidents they had to intervene and were abused by the public for doing so.

The attacks took place all on beaches in Yorkshire, Kent, Essex and Northumberland.

Some of the attacks were so bad that the seals had to be taken in to care by the charity.

Mr Jarvis added: “We had an incident in Hornsea in Yorkshire where the poor seal had to be taken off the beach because it had been dragged by its flippers.

“On Monday in Kent, another seal had to be taken in overnight because a dog had attacked it.”

Both of the seals were kept overnight to be treated by a vet and then returned to the water safely the following day.

On top of physical attacks, seals were often tormented further by onlookers harassing them for pictures and selfies.

Mr Jarvis said these kinds of antics led to a woman in Yorkshire being bitten by a threatened seal.

He said: “It’s not difficult to just keep your distance, leave them alone and keep your dog under control, there’s no need to distress them.”

He also stressed the importance of calling the police and the RSPCA if you witness an attack.