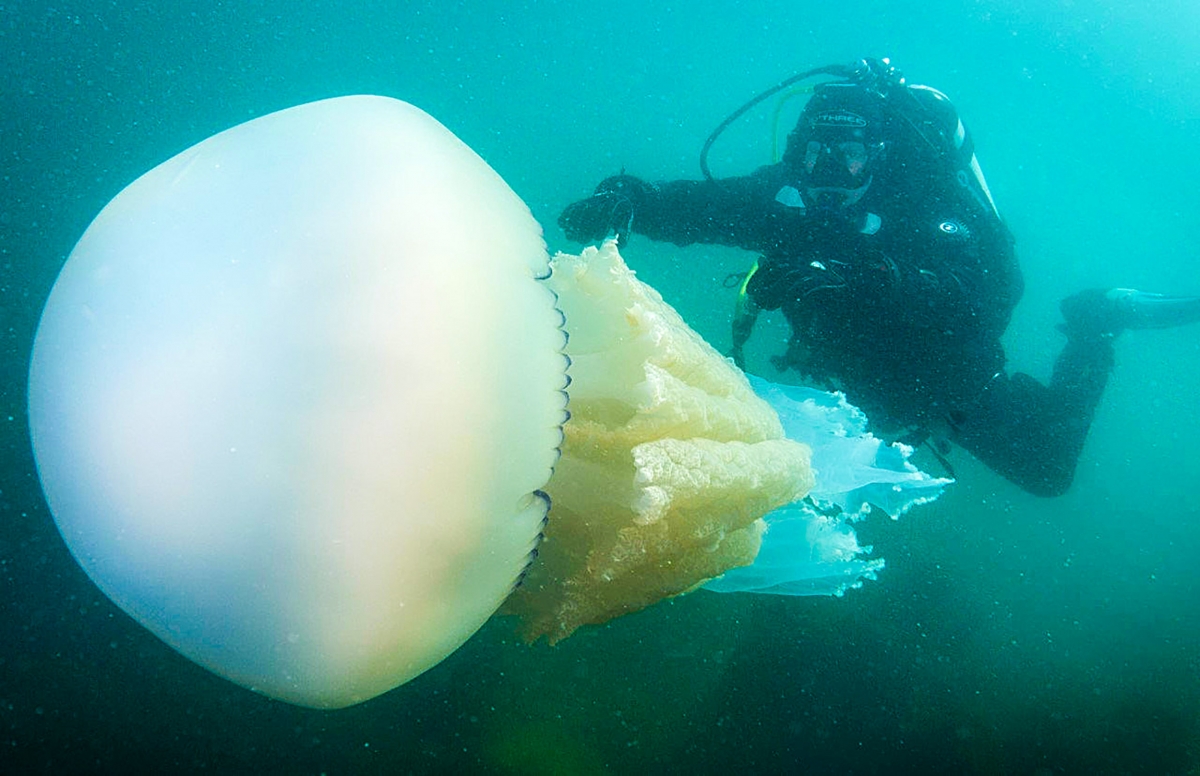 A scuba diving gran got a sinking feeling when a huge barrel jellyfish swam in front of her – which was almost the same size as her.

Michelle Walton, 53, and partner Peter Love, 51, spotted the creature while scuba diving off the Cornish coast.

The Rhizostoma pulmo, commonly known as the barrel jellyfish due to its shape and size, can be found in the Atlantic during the summer months.

Michelle, who has three grandchildren, almost collided with the 5ft-long animal while scuba diving off Porthkerris on Saturday.

Marketing manager Michelle, from Kidderminster, Worcs., said: “It was a magical experience – it’s the way they move, more like a pulse and the tendrils have this amazing pattern up close.

“One came close and swam around me and it didn’t collide with me so it must have sensed I was there but I felt no fear.

“When we reached the surface I was so pleased and almost cried with the emotion of it all.

“Peter told me later it was the largest species of jellyfish in British waters.”