Scottish Labour have announced their new leader -Richard Leonard – a big victory for the left of the party, which will be seen as Jeremy Corbyn shoring up his hold on the party. The candidate of the left immediately called for unity after a hotly fought and bitter Scottish Labour leadership campaign. Centrist Labour figures […] 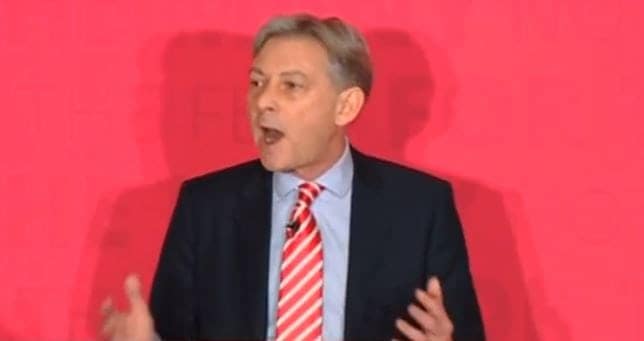 Scottish Labour have announced their new leader -Richard Leonard – a big victory for the left of the party, which will be seen as Jeremy Corbyn shoring up his hold on the party. The candidate of the left immediately called for unity after a hotly fought and bitter Scottish Labour leadership campaign.

Centrist Labour figures such as Manchester Mayor Andy Burnham had given their support to rival candidate Scottish Labour leadership Anas Sarwar, as had most of Scottish Labour’s MSPs and councillors. And Kezia Dugdale had made no secret of her opposition to the re-election of Jeremy Corbyn as leader.

But Richard Leonard, despite only having been elected an MSP in 2016, had the support of Corbyn-supporting Scottish Labour Party members and excellent union credentials having served as a political officer for the GMB.

Richard Leonard called for unity after a campaign that showed up massive divisions between the left and right wings of the party and a reinvigoration of the Scottish Labour Party which has struggled to recover from SNP gains.

“With this new movement for real change, energised with this new generation helping to lead it but founded on our old and enduring idealism too. -That is the unity we can rally around, not simply a call for unity but around a renewed unity of purpose,” said Leonard.

“And our shared purpose is clear, to build again, to win again. – So that our purpose today is not just elected a leader. My aim is to be the next Labour First Minister of Scotland.”

The Scottish Labour position was vacated by Kezia Dugdale who has overshadowed today’s remarkable result with the bizarre news that she will be appearing on I’m A Celebrity as a late shock announcement for the jungle-based indignities celebrity reality TV show.

The overall turnout in the leadership election  was 62.3%, with 21,985 members, registered and affiliated supporters taking part.