It lived up to 810 million years ago in the Democratic Republic of the Congo and helped kick start life on Earth. 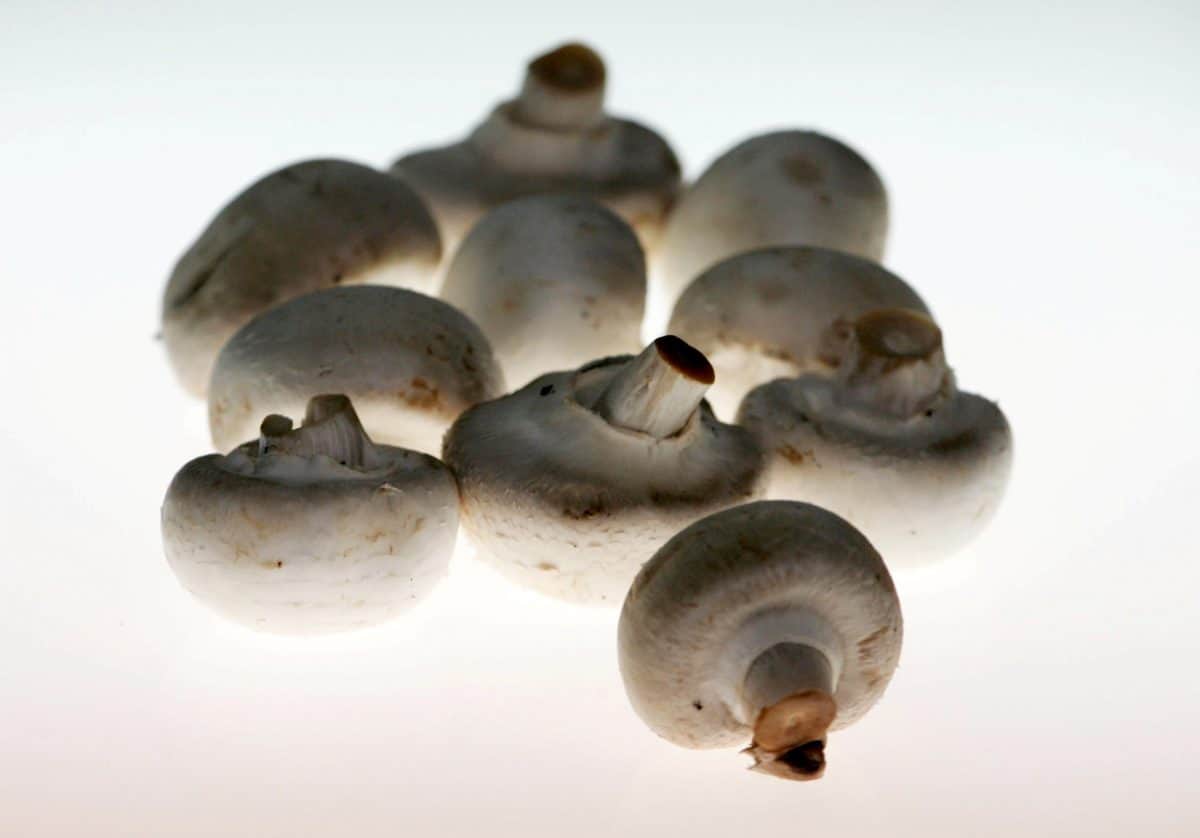 The world’s oldest mushroom has been discovered – smashing the previous record by 350 million years in what scientist call a ‘major’ discovery.

It lived up to 810 million years ago in the Democratic Republic of the Congo and helped kick start life on Earth.

Fungi played a key role in evolution by making the atmosphere rich enough for animals to thrive.

The primitive mushroom formed in a lagoon or coastal lake when life on the continent was in its very infancy.

Early multi-cellular marine creatures had just started to split into sponges – and then everything else.

Study co-ordinator Professor Steeve (correct) Bonneville, of the Free University of Brussels, said: “This is a major discovery – and one that prompts us to reconsider our timeline of the evolution of organisms on Earth.”

The fossilised remains of mycelium – a vast underground network of fungus – were discovered in rocks dating back between 715 and 810 million years.

These are the root-like filaments fungi use to extract nutrients from soil. At the time life on the continents’ surface was in its very infancy.

The ancient rocks are part of the collection of the Africa Museum in Tervuren, just outside Brussels.

Prof Bonneville explained: “The presence of fungi in this transitional area between water and land leads us to believe these microscopic mushrooms were important partners of the first plants that colonised the Earth’s surface around 500 million years ago.”

The origin of mushrooms has mystified evolutionary experts for centuries. Only two percent of species have been identified.

Their delicate nature means fossils are extremely rare and difficult to tell apart from other microorganisms.

Around 120,000 species of fungi have been described by taxonomists – but the global biodiversity is not fully understood.

A 2017 estimate suggests there may be between 2.2 and 3.8 million. Until now, the oldest confirmed mushroom was 460 million years old.

Prof Bonneville’s international team analysed the new mushroom in microscopic detail under state of the art scanning devices – without using any chemicals.

This enabled them to identify it from its molecular composition, reports Science Advances.

They even detected traces of chitin – a very tough compound found in the cell walls of fungi.

The study also found the organisms were eukaryotes – meaning their cells were complex with a nucleus.

For much of Earth’s history, the only living things were single-celled organisms like bacteria.

Today the planet is home to much larger ones like trees, elephants – and humans. They all belong to the eukaryotes.

In particular, they contain sausage-shaped structures called mitochondria that supply them with energy.

Co-author Prof Liane Benning, of the Potsdam-based National Research Centre for Geosciences in Germany, said: “Only by cross- correlating chemical and micro-spectroscopic analyses could we demonstrate the structures found in the old rock are indeed around 800 million-year-old fungal remains.”

Previous mushroom fossils had been identified only based on the morphology of organic remains extracted from rocks using corrosive acid compounds.

Prof Bonneville said: “This method damages the chemistry of organic fossils and only allows morphological analysis, which can lead to incorrect interpretations because certain morphological characteristics are common to different branches of living organisms.”

Recent research has suggested dry land was first colonised by primitive mushrooms before life could bloom.

Fungi was vital in laying the groundwork for complex plants and then animals to exist out-of-the-sea by beginning the process of rot and soil formation.

It’s generally agreed life first migrated from the oceans to land early in the Palaeozoic era – between 500 and 450 million years ago.

But before any complex forms could emerge, there needed to be nutrients there to support them.