The study is the first to actually confirm pressure at home or work triggers greying - and show how it works. Many experts have debunked the idea as a myth. 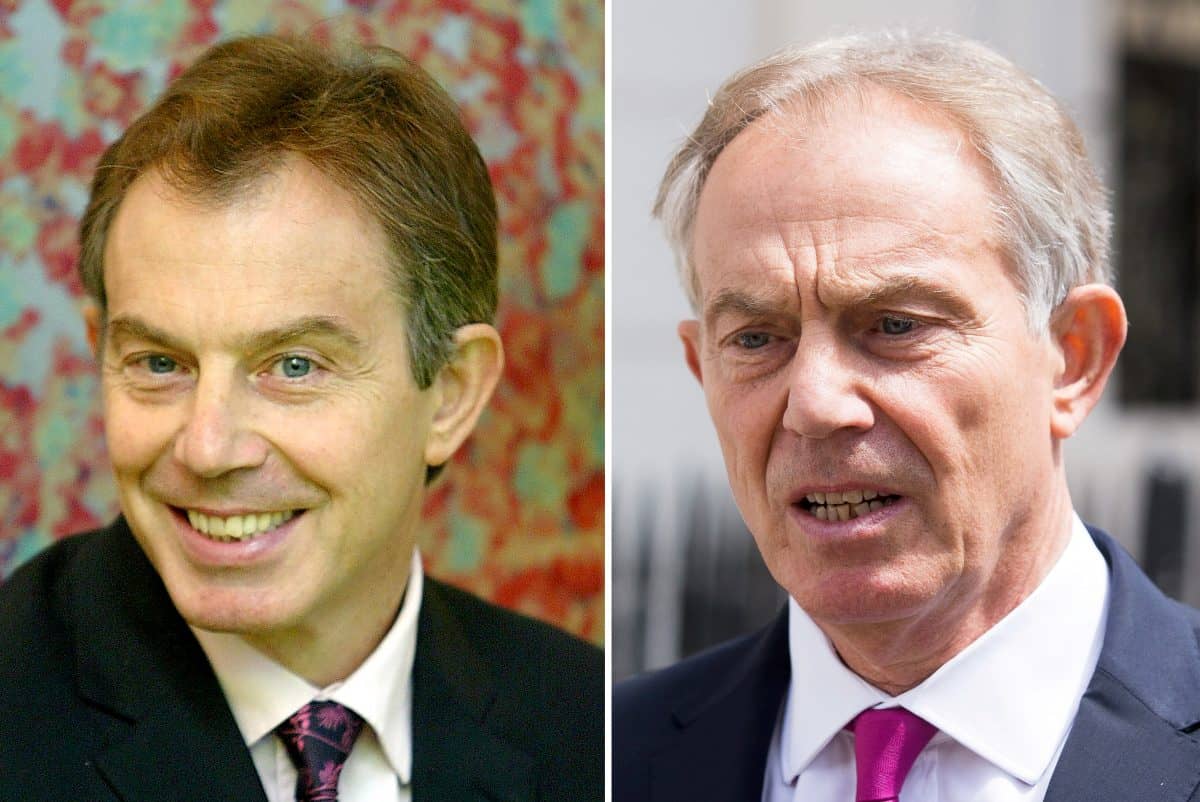 Stress really does turn hair grey, according to new research as feeling under the cosh reduces pigment-forming stem cells that give locks their colour.

The study is the first to actually confirm pressure at home or work triggers greying – and show how it works. Many experts have debunked the idea as a myth.

It’s been said Marie Antoinette’s hair turned white the night before she was beheaded during the French Revolution.

In more recent times John McCain, the former US presidential candidate, experienced severe injuries as a prisoner during the Vietnam War – and lost colour in his hair.

And many a Prime Minister from Tony Blair to David Cameron has gone grey early with the strain of the job.

Now experiments on mice have shown the phenomenon is driven by activation of the sympathetic nervous system.

This is contrary to previous theories suggesting it was down to an over-reaction of the immune system or a spike in stress-related hormones.

Senior author Professor Ya-Chieh Hsu, a regenerative biologist at Harvard University, Boston, said: “Everyone has an anecdote to share about how stress affects their body, particularly in their skin and hair – the only tissues we can see from the outside.

“We wanted to understand if this connection is true, and if so, how stress leads to changes in diverse tissues.

“Hair pigmentation is such an accessible and tractable system to start with – and besides, we were genuinely curious to see if stress indeed leads to hair greying. “

Women start to go grey around the age of 35, while the process in men tends to begin five years earlier.

Depending on genes and overall health, grey hairs can make their first appearance in school – or not emerge until their 50s for some.

A typical human head has about 100,000 follicles, each one capable of sprouting several hairs in a lifetime.

At the bottom of each is a little factory where cells work together to grow coloured hair.

The hue comes from a pigment called melanin. Losing most or all of it leads to grey or white hair, respectively.

The study published in Nature found stress activates nerves that are part of the fight-or-flight response, which in turn cause permanent damage to the pigment-regenerating stem cells.

As mental strain affects the whole body, the US team first had to narrow down which system was responsible.

When mice lacking immune cells still sprouted grey hair, they turned to the stress hormone cortisol. But once more, it was a dead end – ruling out the two leading contenders.

Prof Hsu said: “Stress always elevates levels of the hormone cortisol in the body, so we thought that cortisol might play a role.

“But surprisingly, when we removed the adrenal gland from the mice so they couldn’t produce cortisol-like hormones, their hair still turned grey under stress.”

After systematically eliminating different possibilities, the researchers honed in on the sympathetic nerve system, which is responsible for the body’s fight-or-flight response.

Sympathetic nerves branch out into each hair follicle on the skin. Stress causes these nerves to release the chemical norepinephrine, which gets taken up by nearby pigment-regenerating stem cells, explained Prof Hsu.

The norepinephrine from sympathetic nerves causes the stem cells to activate excessively. The stem cells all convert into pigment-producing cells, prematurely depleting this reservoir.

Prof Hsu said: “When we started to study this, I expected that stress was bad for the body – but the detrimental impact of stress that we discovered was beyond what I imagined.

“After just a few days, all of the pigment-regenerating stem cells were lost. Once they’re gone, you can’t regenerate pigment anymore. The damage is permanent.”

The finding underscores the negative side effects of an otherwise protective evolutionary response, the researchers said.

Lead author Dr Bing Zhang, who is a member of the same lab, said: “Acute stress, particularly the fight-or-flight response, has been traditionally viewed to be beneficial for an animal’s survival.

“But in this case, acute stress causes permanent depletion of stem cells.”

The discovery is not a cure or treatment for grey hair. It is only the beginning of a long journey to finding an intervention for people, he said. It gives an idea of how stress might affect many other parts of the body.

“With this study, we now know neurons can control stem cells and their function, and can explain how they interact at the cellular and molecular level to link stress with hair greying.”

The findings shed fresh light on the broader effects of stress on various organs and tissues.

This understanding will pave the way for new studies that seek to modify or block the damaging effects of stress.

“Understanding how our tissues change under stress is the first critical step towards eventual treatment that can halt or revert the detrimental impact of stress. We still have a lot to learn in this area.”