The weird caterpillar like creature just over an inch long had thick, long limbs and a tubular, segmented trunk - similar to today's common earthworm

by Guest Contributor
in Science 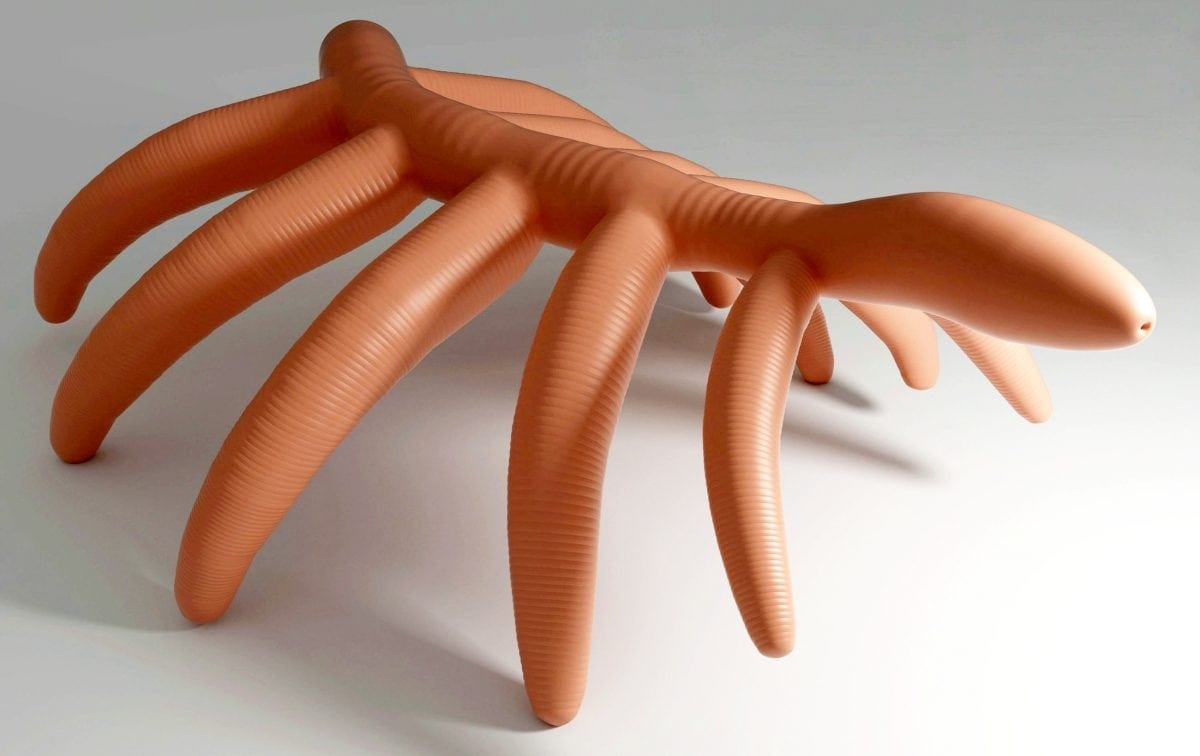 A weird primitive sea worm with ten legs that wriggled on the ocean floor more than half a billion years ago has been dug up in China.

The weird caterpillar like creature just over an inch long had thick, long limbs and a tubular, segmented trunk – similar to today’s common earthworm.

Its discovery could also shed light on the evolution of the arthropods – the group that includes insects, spiders and crabs.

These are the most diverse of all animal groups which share a segmented body – and jointed legs.

Palaeobiologist Dr Qiang Ou said it is a new species of lobopodian, worm like animals that lived during the Cambrian between 541 and 485 million years ago.

Each of its five segments bore a pair of limbs.

Named Lenisambulatrix humboldti, it was similar to another type unearthed about a decade ago and dubbed Diania cactiformis, or ‘walking cactus’, because it was heavily armoured with spines.

Lobopodians are also related to two other small creatures in the animal kingdom known as ‘water bears’, or tardigrades – the most indestructible animals on Earth, and onychophorons, or velvet worms.

Back when vertebrates were just emerging, the world was inhabited by some pretty peculiar creatures.

We know of their existence from the impressions left behind in shale beds hundreds of millions of years old, once sediment at the bottom of a body of water.

The study published in Scientific Reports sheds fresh light on this mysterious and extraordinary period.

Both species were found at a famous fossil bed at Chengjiang, Yunnan province, that is a World Heritage site.

Their morphology suggest some insights into how they may have lived.

Both were sea dwellers, so their clawless legs may have been adapted for walking or crawling on the soft ocean floor.

Whereas D. cactiformis’ heavy armour may have protected it from predators, the soft body of L. humboldti may indicate that individuals of this species lived a reclusive life, hiding in crevices or among clusters of sponges to avoid predation.

“Hence, further study of their morphological diversity and early radiation may enhance our understanding of the ground pattern and evolutionary history of panarthropods.

His team found both had similarly shaped, segmented bodies and possessed thick, long legs, or lobopods, that measured between 11.6 to 18 millimetres.

Unlike other lobopodians, neither had any claws. But, unlike ‘walking cactus’, L. humboldti was without armour.

Only one end of the animal’s body is preserved and it bears no distinguishing features, such as eyes, a mouth or tentacles that would allow it to be recognised as a head.

“However, in contrast to Diania cactiformis, the body of which was heavily armoured with spines, the trunk and limbs of the Humboldt lobopodian were entirely unarmoured.

“Our study augments the morphological diversity of Cambrian lobopodians and presents two evolutionary extremes of ornamentatio.

“One represented by the Humboldt lobopodian, which was most likely entirely ‘naked’, the other epitomised by D. cactiformis, which was highly ‘armoured’.”