The discovery could also help researchers find proof of life on Mars - or other planets. 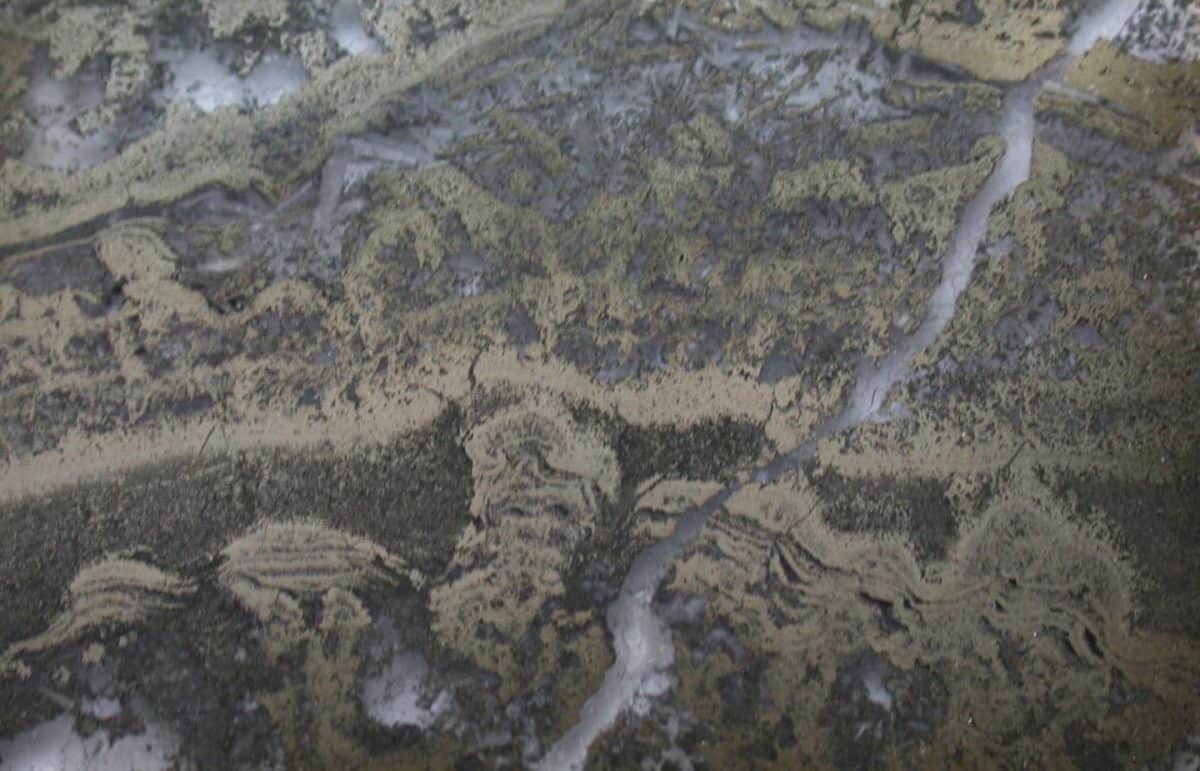 Scientists have found the earliest signs of life on earth in “exceptionally preserved” 3.5 billion year old microbes which could start to explain how it all began.

The discovery could also help researchers find proof of life on Mars – or other planets.

The astonishing find was made in some of Earth’s oldest rocks, called stromatolites – ancient bacterial formations in Western Australia.

The stones are found in an ancient geological anomaly called Dresser Formation.

While scientists have long believed the rocks contained evidence of prehistoric life since they were discovered in the 1980s, they haven’t been able to prove it until today.

Dr Raphael Baumgartner, a research associate of the Australian Centre for Astrobiology at the University of New South Wales (UNSW), said: “This is an exciting discovery – for the first time, we’re able to show the world that these stromatolites are definitive evidence for the earliest life on Earth.”

Professor Van Kranendonk, director of the Australian Centre for Astrobiology at UNSW who led the research, said the discovery is the closest the team have come to a “smoking gun” to prove the existence of such ancient life.

He said: “This represents a major advance in our knowledge of these rocks, in the science of early life investigations generally, and – more specifically – in the search for life on Mars.

“We now have a new target and new methodology to search for ancient life traces.”

Dr Baumgartner added: “Understanding where life could have emerged is really important in order to understand our ancestry. And from there, it could help us understand where else life could have occurred – for example, where it was kick-started on other planets.”

Their study is published in the journal Geology.

Stromatolites in the Dresser Formation are usually sourced from the rock surface, and worn down so scientists had to drill further down into the rock.

Dr Baumgartner continued: “In this study, I spent a lot of time in the lab, using micro-analytical techniques to look very closely at the rock samples, to prove our theory once and for all.

“Looking at drill core samples allowed us to look at a perfect snapshot of ancient microbial life.”

He couldn’t contain his excitement when he realised he was onto the discovery of a lifetime.

He found that the stromatolites are essentially composed of pyrite – a mineral also known as ‘fool’s gold’ – that contains organic matter.

Dr Baumgartner said: “The organic matter that we found preserved within pyrite of the stromatolites is exciting – we’re looking at exceptionally preserved coherent filaments and strands that are typically remains of microbial biofilms.

“Such remains have never been observed before in the Dresser Formation, and that actually seeing the evidence down the microscope was incredibly exciting.

“I was pretty surprised – we never expected to find this level of evidence before I started this project. I remember the night at the electron microscope where I finally figured out that I was looking at biofilm remains.

“I think it was around 11pm when I had this ‘eureka’ moment, and I stayed until three or four o’clock in the morning, just imaging and imaging because I was so excited. I totally lost track of time.”

The new findings come just two years after another study which found evidence of the same rocks in hot springs in the same region – telling the researchers microbial life on land had existed 580 million years earlier than they previously thought.

Just last month, NASA and European Space Agency (ESA) scientists spent as week in the Pilbara with Martin Van Kranendonk for specialist training in identifying signs of life in these same ancient rocks.

It was the first time that Van Kranendonk shared the region’s insights with a dedicated team of Mars specialists – a group including the Heads of NASA and ESA Mars 2020 missions.

Professor Van Kranendonk said: “It is deeply satisfying that Australia’s ancient rocks and our scientific know-how is making such a significant contribution to our search for extra-terrestrial life and unlocking the secrets of Mars.”