They are the latest shots of a 170 year-long firework show which started with the star's ‘Great Eruption’ in the 1840s. 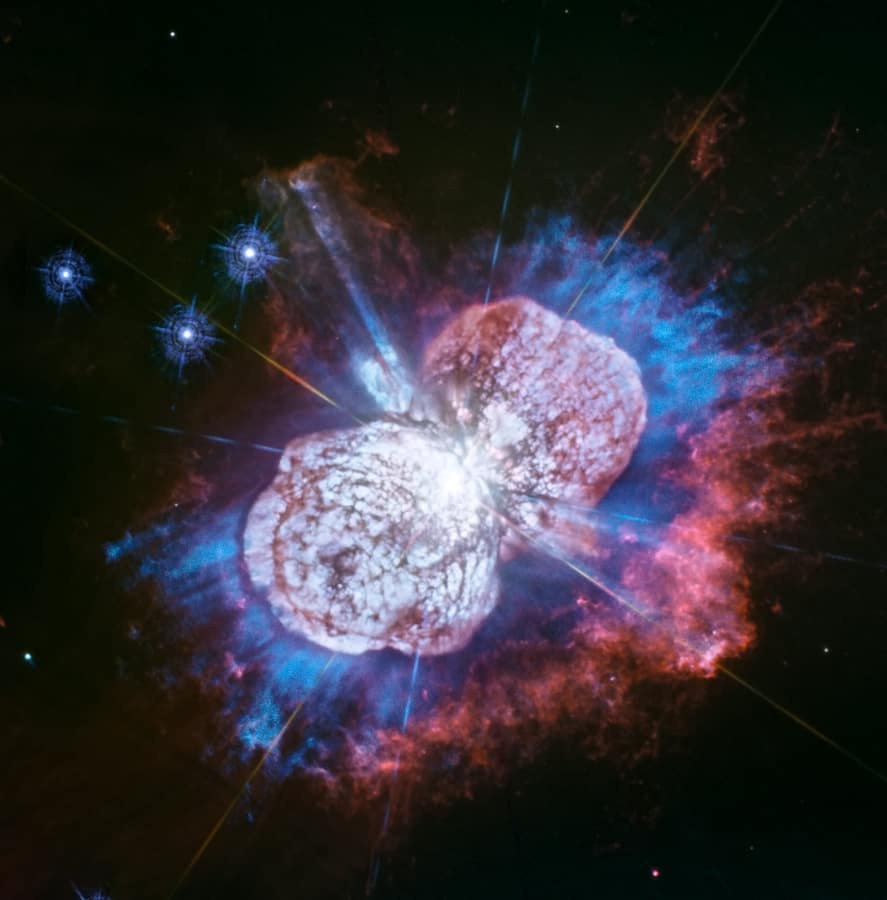 From 7,500 light years away, hot beams of red, white and blue gases can be seen shooting from, Eta Carinae, one of the Milky Way’s most ‘petulant’ stars in this new image from NASA’s Hubble Space Telescope.

They are the latest shots of a 170 year-long firework show which started with the star’s ‘Great Eruption’ in the 1840s.

The eruption turned Eta Carinae into our sky’s second brightest star for more than a decade with mariners using it to navigate the southern seas at night.

The star has since faded and is now barely visible to the unaided eye, but the fireworks keep coming.

The Hubble telescope also funded by the European Space Agency has been studying them over the past 25 years.

Dr Nathan Smith, at the University of Arizona and the Hubble program’s lead investigator, said: “We’re excited by the prospect that this type of ultraviolet magnesium emission may also expose previously hidden gas in other types of objects that eject material, such as protostars or other dying stars.

“Only Hubble can take these kinds of pictures.”

The show’s finale will come when the stellar monster explodes as a supernova and dies.

And this may have happened already with the beams from 7,500 light-years away yet to reach earth.