April Hawes, 36, can be heard aggressively shouting "I am going to knock her out" as she pelts the young black tabby cat by its throat at the house 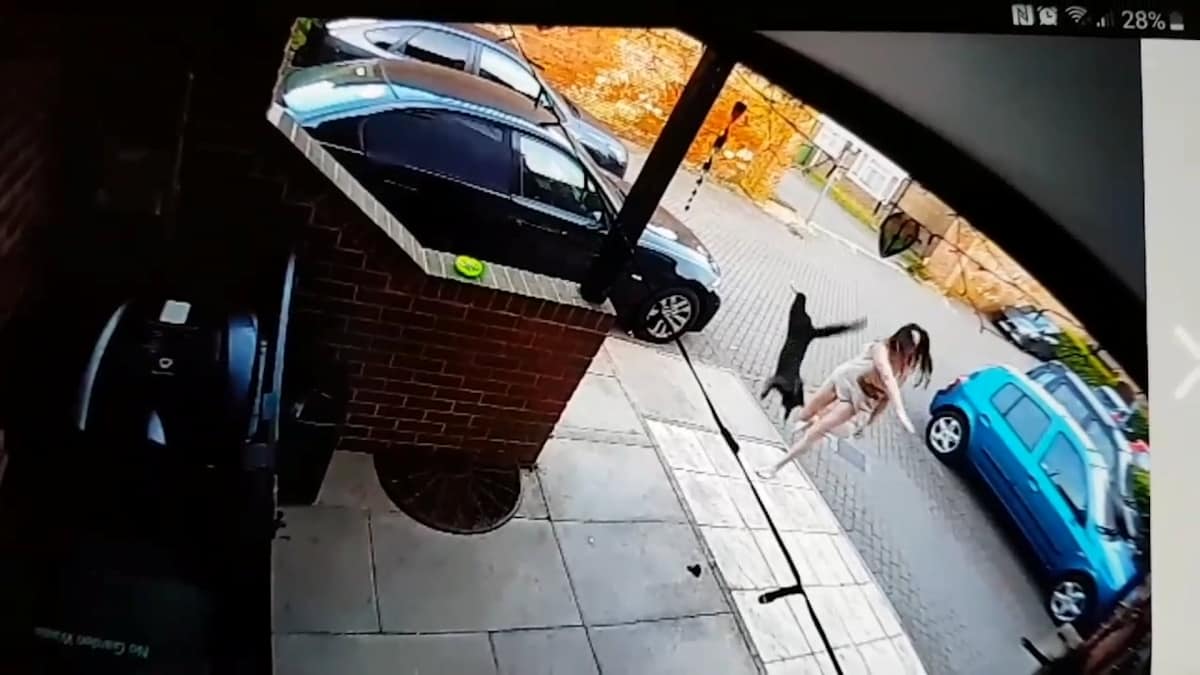 This is the shocking moment a kitten was flung at its owner’s front door by a neighbour furious that it kept coming into her garden. 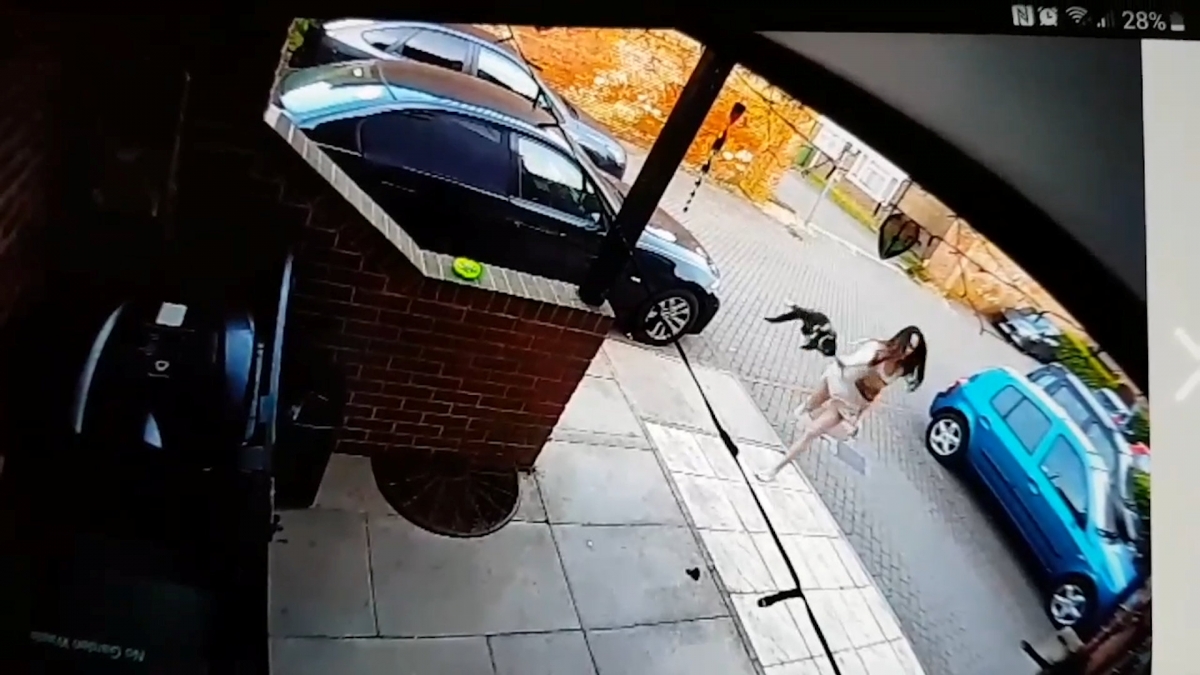 Hawes appeared at King’s Lynn magistrates, in Norfolk on Friday (28/6) where she admitted picking up the cat and flinging it at her neighbour’s home.

The court heard she had entered a guilty plea to causing suffering to a protected animal on March 1 at an earlier hearing.

She can also be heard screaming that she hoped the owners Kevin Yarham, 33, and his partner Sophie Baker, 26, could see it on CCTV.

Kevin, a shop assistant, from Dereham, Norfolk said: “April Hawes threw Shadow at the door not once but twice.

“She picked the cat up by the scruff of the neck an threw him violently twice. You can hear her shouting whilst she was doing it”.

The court heard Hawes was annoyed that the cats kept coming into her home.

But in an interview Hawes had said she did not wish to cause harm and was remorseful, the court was told.

Kevin added: “Shadow was scenting near her house. Cats do what they do there are animals that explore an they’re free roaming. 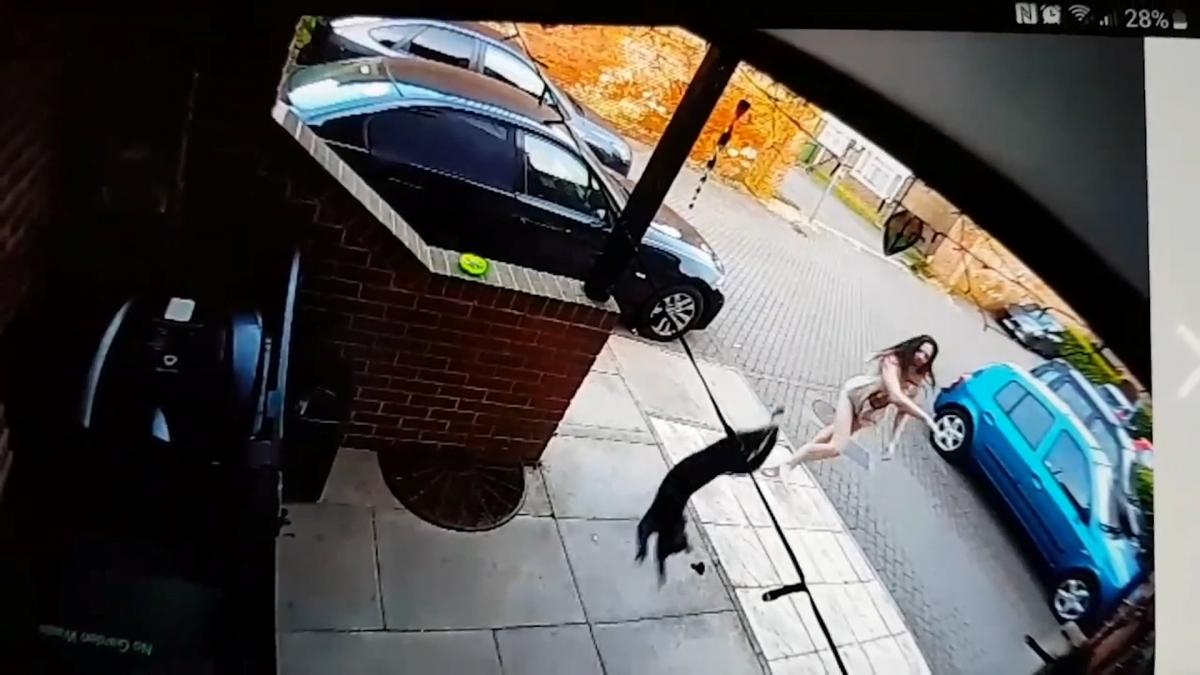 “She just picked him up an threw him as he was scenting – I have no idea why she done this.”

Kevin, who shares two daughters, aged one and two with Sophie, who is a shop assistant, added: “Instead of talking to Sophie and sorting it out, she decided to take matters in her own hands an threw the cat twice.

“This happened just after eight o’clock in the morning.

“I heard a lot of shouting around outside an two massive bangs at the door within a minute.

“After breakfast I found Shadows collar had come off, I called him immediately and he came to me very shaken, I put him back in the house.

“I woke up Sophie she checked the CCTV footage an there was April throwing Shadow twice.

“Our children were both in the property at the time of the incident, they were both having breakfast while it happened.”

Kevin said Shadow suffered soft tissue damage and is now “very nervous around women” – he did not require veterinary treatment and their owner was not seeking compensation.

Shadow who was less than a year-old at the time and is described as being “very nervous now”. 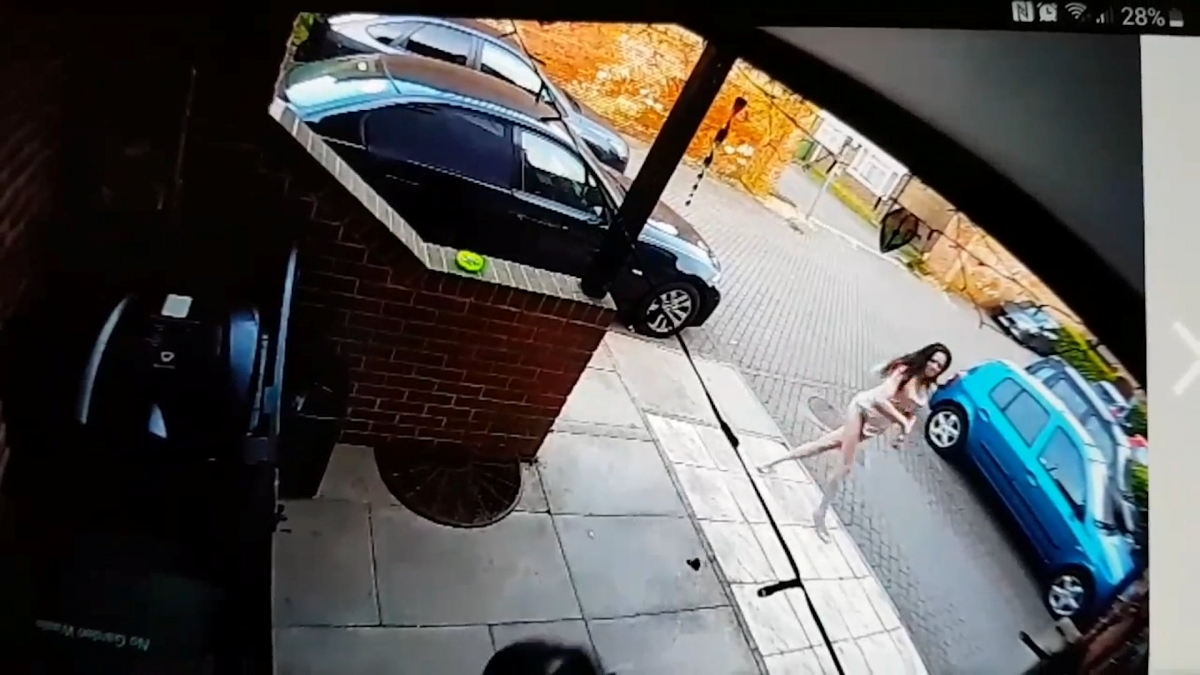 She was also ordered to pay £85 in costs and a victim surcharge of £85.

Kevin said: “I would describe the sentence as a insult to all animal owners it’s a disgrace and far too soft.

“It’s a insult to all the people who suffer PTSD, this is no excuse.

“And the fact she owns a cat after she has done this is shocking.

“The sentence given was a disgrace not just for us but for all cat owners an animal lovers.

“It’s an embarrassment so much for tougher sentences for animal abuse, clearly the courts don’t care.

“Also people who PTSD would be disgusted she has given this as a excuse for her action an using this mental illness as a get out of jail free card.

“The sentence was very light. She doesn’t deserve an animal. Andthe kings magistrates are a joke hardly worth the police time.

“The whole community is disgusted.”