Fossil reveals how some ancient crocodiles evolved into dolphin-like creatures 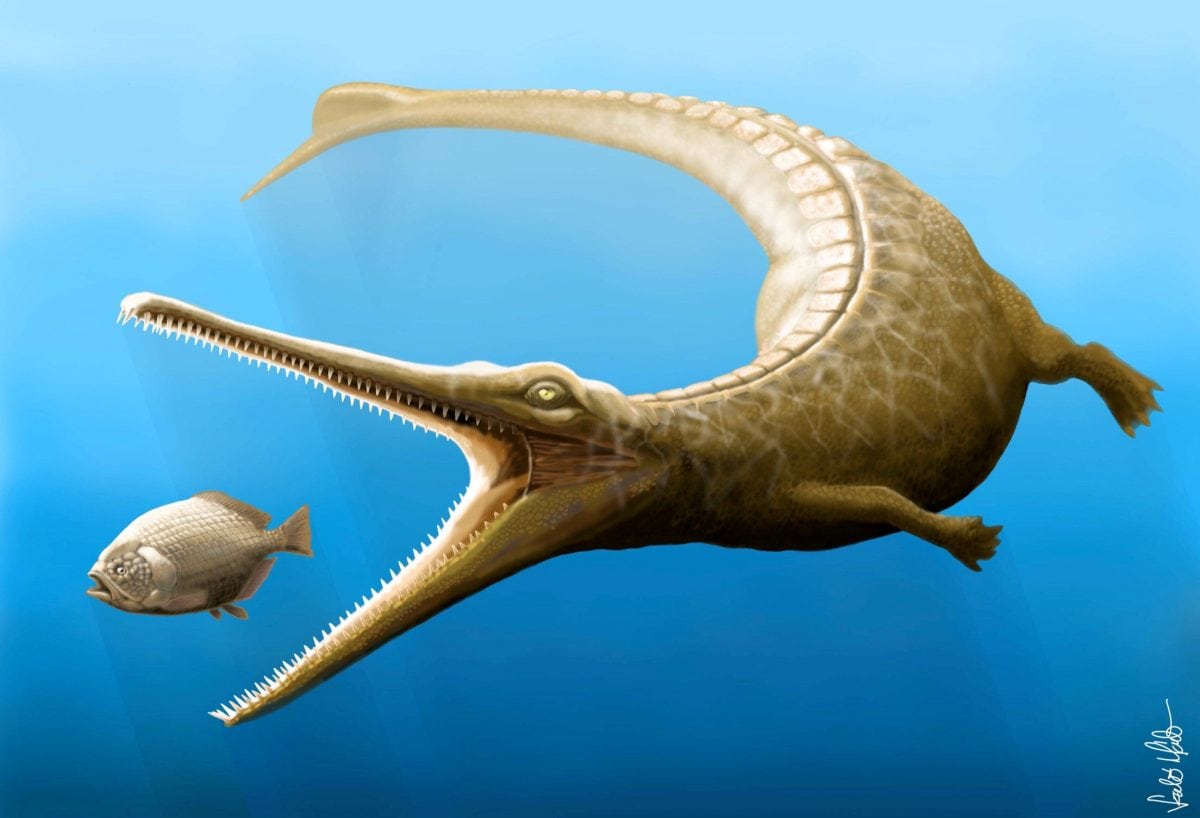 A 180 million-year-old fossil has revealed how some ancient crocodiles evolved into dolphin-like creatures.

Researchers say the specimen – featuring a large portion of backbone – represents a ‘missing link’ in the family tree of crocodiles, and was one of the largest coastal predators of the Jurassic Period.

It also shared key body features seen in two distinct families of prehistoric crocodiles, according to the research team.

Some Jurassic-era crocodiles had bony armour on their backs and bellies, and limbs adapted for walking on land. Another group had tail fins and flippers, but did not have armour.

Researchers said the new species was heavily armoured but also had a tail fin, suggesting it is a missing link between the two groups.

It has been named Magyarosuchus fitosi in honour of the amateur collector who discovered it, Attila Fitos.

The fossil – unearthed on a mountain range in north-west Hungary in 1996 and stored in a museum in Budapest – was examined by a team of palaeontologists, including a researcher from Edinburgh University.

It was identified as a new species based on the discovery of an odd-looking vertebra that formed part of its tail fin.

Researcher Dr Mark Young, of the University of Edinburgh’s School of GeoSciences, said: “This fossil provides a unique insight into how crocodiles began evolving into dolphin and killer whale-like forms more than 180 million years ago.

“The presence of both bony armour and a tail fin highlights the remarkable diversity of Jurassic-era crocodiles.”

The study, published in the journal PeerJ, also involved researchers in Hungary and Germany.