What a fantastic use of taxpayer money! 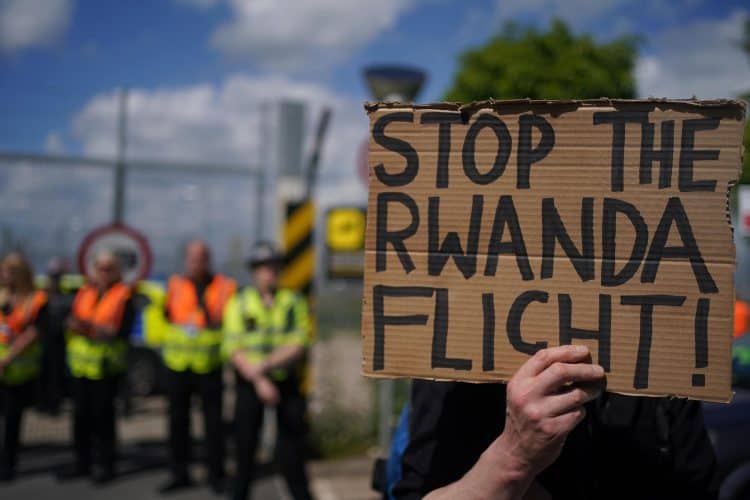 Government sources have confirmed that numbers on the plane to Rwanda are “down to single figures” due to last-minute legal challenges.

About 130 migrants had been handed “removal directions”, meaning they were deemed to have arrived in the UK illegally and were due to be put on a one-way flight to the African country.

A flight, due to leave London on Tuesday, was due to be carrying at least 30 people as of Friday who had made their way to Britain, but that number could have collapsed into the single figures.

Regardless, it is thought that the flight will take off even if only one person is on board, as the “flight is already paid for”.

A coalition of two refugee charities, Detention Action and Care4Calais, and the PCS union representing Border Force staff, were granted leave on Friday to challenge the rejection of their injunction in the Court of Appeal, while Asylum Aid will mount a fresh bid to stop the flight in the High Court.

It comes as Rwanda’s high commissioner Johnston Busingye told The Telegraph that Rwanda will be a “safe haven” for migrants, after The Times and the Daily Mail reported that the Prince of Wales allegedly said the policy was “appalling” in private.

Mr Busingye, writing in the paper, said: “Disappointingly much of the discussion has either questioned our motives for entering the partnership or doubted our ability to provide safe haven to those in need – as was the case in Friday’s legal proceedings.”

He went on: “There’s no doubt that we are a work in progress, every country is, but the Rwanda of today is unrecognisable from the country the world was introduced to in 1994.”