“So we have schools putting out measures that they have not consulted with their staff on." 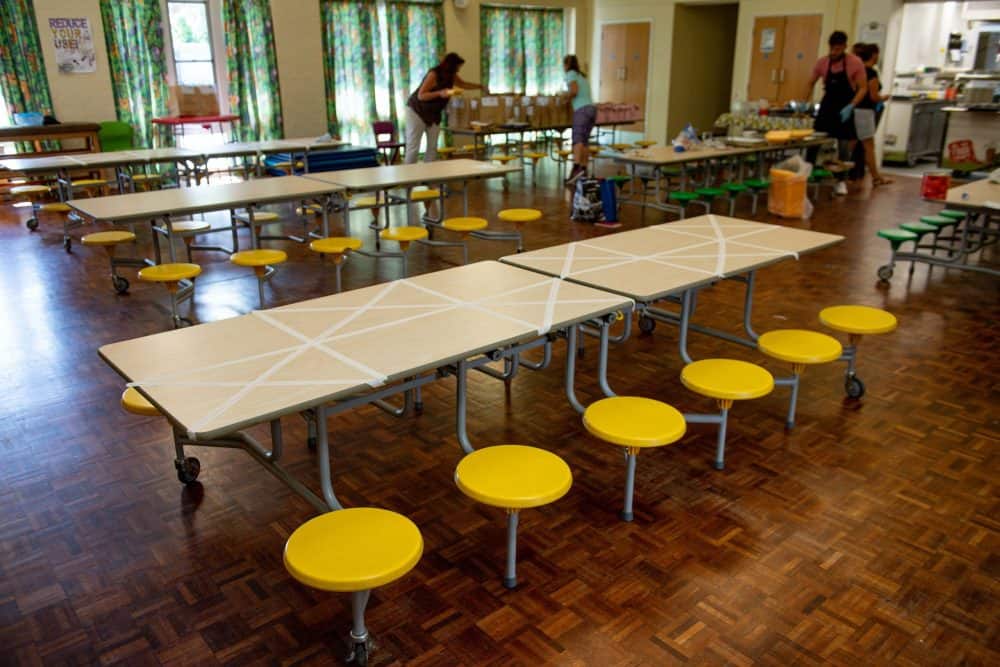 The “rushed reopening” of schools could lead to the next care home crisis, a trade union official has warned.

Justin McCamphill of the National Association of Schoolmasters Union of Women Teachers (NASUWT) was one of six trade union representatives who expressed concern to the Stormont education committee.

Schools across Northern Ireland are due to reopen on Monday for Primary 7, Year 12 and Year 14 pupils, and for vulnerable children across all year groups.

All other pupils will return to school on a full-time basis from August 31.

Mr McCamphill told the committee: “It would have been more cautious and more sensible to open on a phased basis to see what the impact would be before moving to a full reopening.

“So we have schools putting out measures that they have not consulted with their staff on.

“This is going to lead, in my view, to what I think is going to be the next care home crisis.”

Gerry Murphy of the  Irish National Teachers’ Organisation (INTO) emphasised that schools need to be adequately funded to reopen.

“The £35m component of the additional money announced last week is to be used for sub cover, to support pupil wellbeing and mental health, to support schools’ transport and finally the statementing process, according to the minister.

“It is nowhere near enough to fund this restart adequately.

“Schools need to be reassured now that they can spend money to support their reopening and that money will either be returned to their budgets or DE will pick up the costs,” he said

Graham Gault of the National Association of Head Teachers (NAHT) described the guidance to schools as “substantial in volume but vague and contradictory in areas”.

“It places substantial burden on principals in terms of interpretation and implementation,” he said.

Jacquie White of the Ulster Teachers’ Union (UTU) said getting children back to school is the wish of all, but stressed it is “imperative that that’s done in as safe a way as possible”.

She also expressed concern about funding for schools to put safety measures in place, telling MLAs that, for example, one primary school with 289 pupils has costed the requirements for one school year at £100,000.

“If we all want to be safe it is imperative that the funding and the resources are put in to make sure that anything that is thrown up by those risk assessments is mitigated against and dealt with,” she said.

Alastair Donaghy of the National Education Union (NEU) said his members are “yet to be convinced that the complete and full-time return for all pupils without adequate social distancing is safe for pupils, school staff and the community circles they mix with and move in outside of school”.

“We are also concerned that there is no plan B should infection rates continue to rise and where localised lockdowns may occur,” he said.

“We believe it would have been sensible for schools to reopen initially with the original 50% plan, and social distancing, to slowly start reopening.”

Meanwhile Robert Wilson of the Association of School and College Leaders (ASCL) warned that plans should be made for exams next year.

“Examinations in 2021 are the very desirable goal for most, but we feel there does need to be contingency planning in place in the light of the unpredictable nature of the virus,” he said.

There were also calls for a helpline to be set up.

Mr Gault said: “We’re asking the minister, is the department planning to set up a helpline for parents to ensure that they have confidence in returning their children to school or is the principal expected to manage this as well?”

Committee chairman Chris Lyttle (Alliance) said it is “abundantly clear that there is considerable concern” about the reopening of schools.

He told the representatives the committee will follow up on the issues raised.

“For the avoidance of any doubt, I have full confidence and faith in the resilience of our teachers, our non-teaching staff, our parents, our young people, but they must be given the resources and support that they need from the education minister to meet the challenge of safely restarting our schools,” he added.