“Sounds a bit like, do as I say not as I do," Andrew Marr told Sunak. 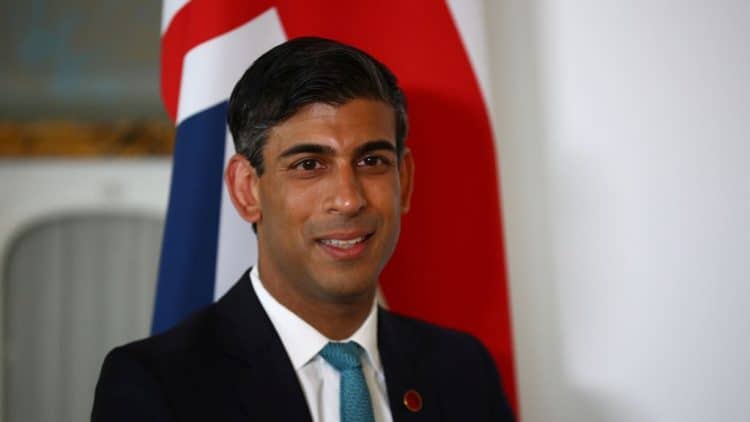 Rishi Sunak has been made to face a photo of his Tory colleagues not wearing masks in Parliament, while being close to each other in a closed space.

The chancellor was told on live TV that government ministers follow the principle ‘do as I say, not as I do’, and that their attitudes come down to “leadership”.

But he insisted three times that “people” make their own decisions depending on what is “right for them”.

Upon being asked by BBC’s Andrew Marr if he will start wearing a mask again in the House of Commons, Sunak said: “Well, I think every workplace is slightly different and people are gonna make the decisions that are right for them.

But Marr showed the minister a photo taken in Parliament, where no ministers were wearing a mask in a “very crowded place” where some corridors are “quite stuffy”.

“It is a place where if you are trying to show leadership, you should be wearing masks, surely,” Marr said.

He added: “Sounds a bit like, do as I say not as I do. Jacob Rees-Mogg, the leader of the House of Commons famously said this week ‘we on this side have a more convivial, fraternal spirit’. Does a convivial fraternal spirit give you immunity against the coronavirus?”

‘No masks because we know each other’ – Rees-Mogg

Earlier this week, Rees-Mogg said Tory MPs will not wear masks in the House of Commons because they “know each other”.

Sajid Javid, the health secretary, suggested on Wednesday that MPs had a responsibility to set an example by wearing masks, as he warned of tougher Covid restrictions if the public’s behaviour does not change.

But, just hours later, Ress-Mogg told MPs: “The advice on crowded spaces is crowded spaces with people that you don’t know – we on this side know each other.”

Ducking the question of whether the prime minister would start wearing a mask, a Downing Street spokesman echoed Rees-Mogg, telling journalists: “It remains the case that it’s a matter of personal judgment for all individuals on wearing a mask.

“We have very clear guidance which sets out that people are recommended to wear face coverings in crowded, enclosed spaces where they come into contact with people they do not normally meet.”

Dr Chris Smith, from the University of Cambridge, told BBC Breakfast that around half of Covid cases are asymptomatic.

On Wednesday evening, Javid urged the public to play its part, saying further restrictions may be needed if people do not take care and get all their Covid jabs and boosters.

Related: Rees-Mogg: Tories won’t wear masks because they ‘know each other’