A blaze has ripped through a retirement complex, causing the collapse of much of the building and forcing the evacuation of 150 residents. 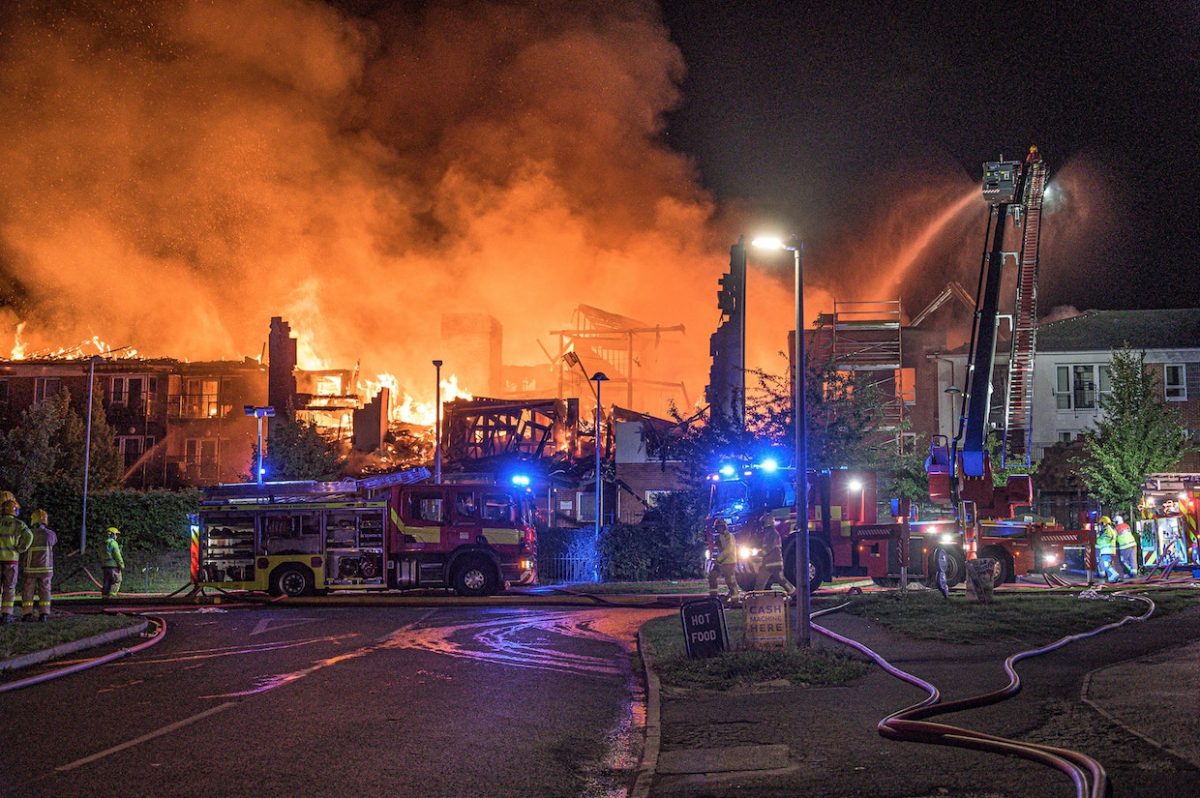 More than 150 residents were evacuated from the Beechmere development in Crewe.

Emergency services were first called to the Beechmere development in Rolls Avenue, Crewe, on Thursday at around 4.30pm.

More than 70 firefighters were tasked with battling the fire overnight.

Neil Griffiths from Cheshire Fire and Rescue Service told Heart News it took “significant efforts” to bring the blaze under control, and that the “damage is extensive”.

“The fire has taken a hold and it has gone right through the premises,” he said.

Mr Griffiths said they are currently trying to “preserve” one section of the property, adding that “full collapse has taken place in the majority of the building”.

Police were also called to assist with the incident, and said a number of the residents were relocated to crisis accommodation, while others were taken to an emergency rest centre.

Mr Griffiths, the fire commander in charge of the incident, described the evacuation as a “huge operation” involving firefighters, police officers and care home staff.

He said that “significant progress” was made overnight to bring the fire under control, and that the weather both helped and hindered their work.

“We have had lighting strikes which has meant suspending our aerial operations, and then we have had significant quantities of rain which has assisted us,” he added.

“At the moment we are in a position where we are trying to damp down… but we still have pockets of fire that we need to extinguish.”

Mr Griffiths said he expects fire crews to be on the scene well into the weekend, adding how eyewitness reports and feedback from the first firefighters to arrive suggest the blaze started in the roof.

He also thanked the surrounding community, adding that it was “amazing” and they are “very appreciative of their support”.

Police continued the praise for neighbours who swiftly offered support, donated items and provided lifts for some of those affected.

Superintendent Pete Crowcroft, of Cheshire Police, said: “This is a very large fire in a building that is at the heart of the community.

Incident Update: Crews from Poynton have now left the scene of the fire. We have been focusing on protecting residents houses from the fire, smoke, embers and sparks. The building remains on fire. Residents should keep in doors with windows and doors closed. #Crewe #Fire pic.twitter.com/64hzkxwhBy

“Naturally this will have a significant impact on those living close by and they will clearly be concerned for all those affected.

“But the response shown last night within minutes of the incident being reported was nothing short of remarkable and I want to thank every single person who has helped or offered help in some way.”

Arrangements for alternative accommodation are being made for the care home residents after they were initially taken to nearby rest centres.

A small number of people were taken to hospital to be checked over, said police.

A number of residents living in two streets next to the building were also evacuated overnight as a precaution.