Just one flight will take off and land at Exeter Airport today, with scores of flights cancelled elsewhere as planes are impounded. 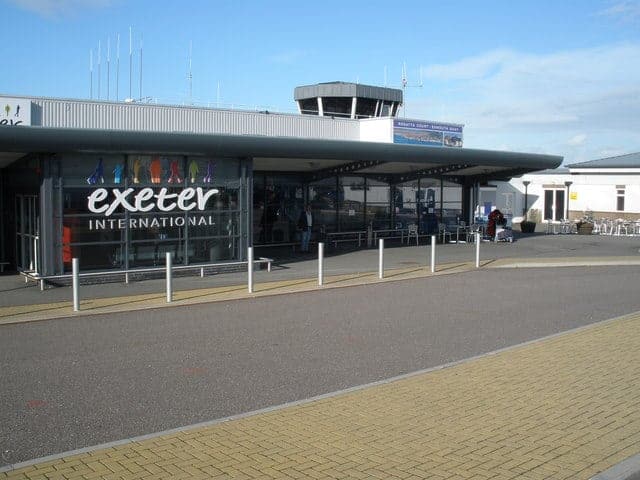 Regional airports turned into ghost towns this morning following the collapse of Flybe.

Just one flight is due to take off and land at Exeter Airport today as scheduled departures to Amsterdam, Edinburgh, Dublin and Paris were cancelled.

At Cardiff and Belfast City airports scores of flights were cancelled, with some passengers stranded at the wrong airports as planes are impounded.

The airline’s signage was also already being removed from displays at certain hubs, many of which face uncertain futures now the airline has gone.

Flybe announced in the early hours of Thursday it had ceased trading with immediate effect and that administrators had been appointed.

Crisis talks were held throughout Wednesday to try to secure a rescue package, but no deal was agreed.

All Flybe flights and those operated by sister airline Stobart Air have been cancelled, the Civil Aviation Authority said in a statement. Flybe was bought by a consortium of Virgin Atlantic, Stobart Group and Cyrus Capital in February 2019, after running into earlier financial problems.

In a statement, chief executive Mark Anderson said the company had made “every possible attempt” to avoid collapse but had been “unable to overcome significant funding challenges”.

“The UK has lost one of its greatest regional assets,” Mr Anderson said.

“Flybe has been a key part of the UK aviation industry for four decades, connecting regional communities, people and businesses across the entire nation.

“I thank all our partners and the communities we have been privileged to serve. Above all I would like to thank the Flybe team for their incredible commitment and dedication.”