The airline blamed coronavirus for a drop in demand, with all flights cancelled grounded with immediate effect. 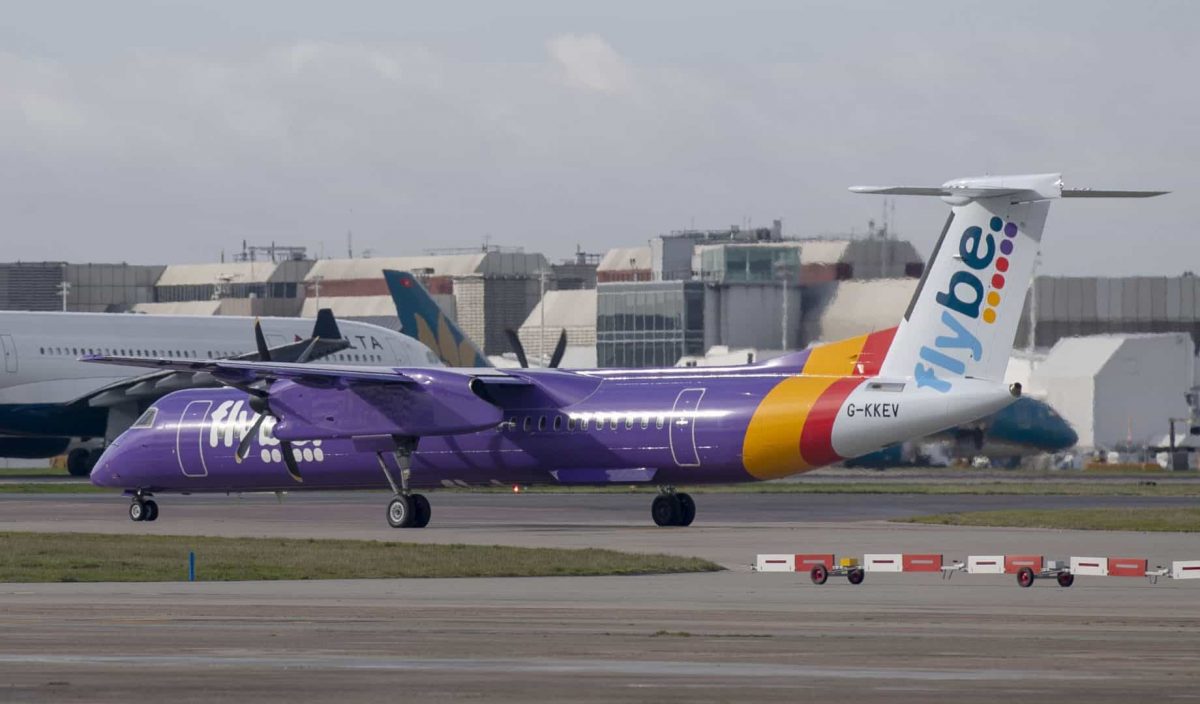 The carrier narrowly avoided going bust in January but continued to lose money since then.

A drop in demand caused by the coronavirus “made a difficult situation worse” for Flybe, an airline source told the PA news agency.

The airline announced in the early hours of Thursday it had ceased trading with immediate effect and that administrators had been appointed.

Crisis talks were held throughout Wednesday to try to secure a rescue package, but no deal was agreed.

All Flybe flights and those operated by sister airline Stobart Air have been cancelled, the Civil Aviation Authority said in a statement. Flybe was bought by a consortium of Virgin Atlantic, Stobart Group and Cyrus Capital in February 2019, after running into earlier financial problems.

In a statement, chief executive Mark Anderson said the company had made “every possible attempt” to avoid collapse but had been “unable to overcome significant funding challenges”.

“The UK has lost one of its greatest regional assets,” Mr Anderson said.

“Flybe has been a key part of the UK aviation industry for four decades, connecting regional communities, people and businesses across the entire nation.

“I thank all our partners and the communities we have been privileged to serve. Above all I would like to thank the Flybe team for their incredible commitment and dedication.”

The company said all Flybe flights were immediately grounded and advised all passengers not to travel to airports unless alternative flight arrangements had been made.

Unions and politicians have reacted angrily over the collapse of Flybe – which had a staff of around 2,000 – just weeks after the company narrowly avoided going under.

Oliver Richardson, national officer for major airline industry union Unite, told the PA news agency: “Unite members and the entire staff at Flybe, will be feeling angry and confused about how and why the airline has been allowed to collapse.

“It is simply outrageous that the government has not learned the lessons following the collapse of both Monarch and Thomas Cook that the much promised airline insolvency review has still not materialised.

“While other European countries are able to introduce measures to keep airlines flying when they enter administration, the UK remains unable or unwilling to do so.”

Andy McDonald, Shadow Transport Secretary, said the loss of Flybe would cause “real anxiety” throughout the country.

He said: “The Civil Aviation Authority is sadly very well practised, following the collapse of Monarch and Thomas Cook, at responding to airline failure and looking after passengers. No doubt they will do that once more.

“Yet again more airline workers face an anxious future and the Government has to respond and provide them with all necessary support.”

Transport Secretary Grant Shapps tweeted it was “very sad” Flybe had gone out of business after serving passengers for four decades.

He said the Government was “urgently working” with the airline industry to “identify how key routes can be re-established by other airlines as soon as possible”, and would be working with Flybe staff “to help them find new work in travel or other industries”.

A sad day for UK aviation

UK Civil Aviation Authority chief Richard Moriarty said: “This is a sad day for UK aviation and we know that Flybe’s decision to stop trading will be very distressing for all of its employees and customers.

“We urge passengers planning to fly with this airline not to go to the airport as all Flybe flights are cancelled.

“For the latest advice, Flybe customers should visit the CAA website or the CAA’s Twitter feed for more information.

“Flybe also operated a number of codeshare partnerships with international airlines. If you have an international ticket you should make contact with that airline to confirm your travel arrangements.”

A spokesman from the Department for Transport said government staff would be on hand at all affected UK airports to assist Flybe passengers in making alternative arrangements.

“The vast majority of Flybe routes are served by different transport options, and we have asked bus and train operators to accept Flybe tickets and other airlines to offer reduced rescue fares to ensure passengers can make their journeys as smoothly as possible,” the spokesman said.

“We know this will be a worrying time for Flybe staff and our Jobcentre Plus Rapid Response Service stands ready to help them find a new job as soon as possible.

“We are working closely with industry to minimise any disruption to routes operated by Flybe, including by looking urgently at how routes not already covered by other airlines can be re-established by the industry.”