The stark warning from the National Audit Office comes as the NHS has been put on a heightened alert for Covid-19. 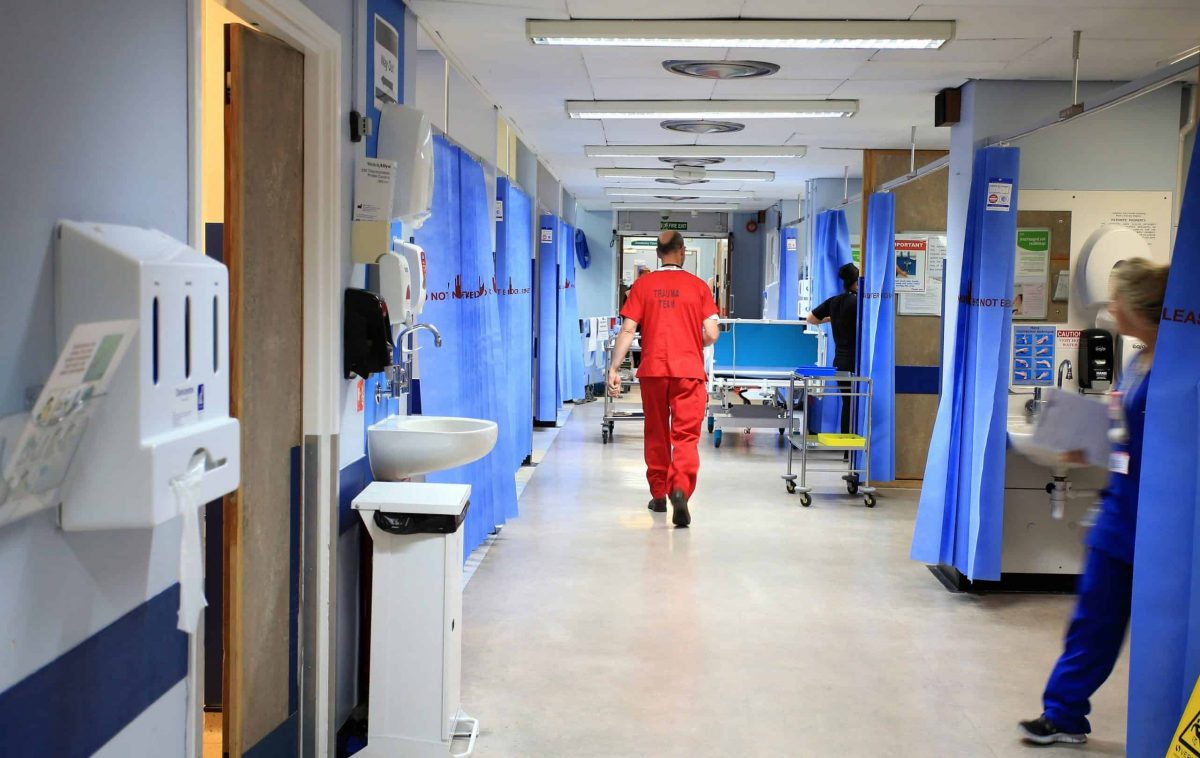 The NHS “does not have the nurses it needs”, according to a new report.

The stark warning from the National Audit Office (NAO) comes after health officials said a Covid-19 epidemic was “likely” in the UK.

Its latest report on nursing numbers concludes that the health service in England does not have the nurses it needs.

Nurses are “critical” to the running of the health service, the authors wrote.

But despite efforts to boost the workforce, there were over 43,000 vacancies reported by NHS trusts in July to September 2019, they added.

While the overall numbers of nurses working in the NHS in England increased by 5% between 2010 and 2019, there are still not enough, the report adds.

The problem is particularly acute in some areas of the health service, the authors detail a 38% reduction in the number of learning disability nurses during the same time frame.

Between July and September 2019, vacancy rates as reported by NHS trusts were 12% for nursing, the equivalent to 43,590 full-time vacancies and higher than the overall staff vacancy rate of 9%, the NAO said.

In January last year, the NHS Long Term Plan acknowledged the need to increase staff numbers, noting that the biggest shortfalls were in nursing.

But the NAO said there is “significant time lag” of at least three to four years before policies to train new nurses have an impact.

The report comes as cases of coronavirus in the UK saw the biggest day-on-day increase in coronavirus cases, with 85 people now confirmed to have the virus.

“At this point in time we think it is likely, not definite, that we will move into onward transmission and an epidemic here in the UK,” he told BBC Radio 4’s Today programme on Wednesday.

Commenting on the report, Public Accounts Committee chairwoman Meg Hillier, said: “As the coronavirus spreads, the importance of the NHS and nurses who look after us becomes ever more apparent.

“There are 44,000 nursing vacancies. Plans to increase the numbers of nurses starting degrees have failed to meet expectations.

“It takes three to four years for policies to train new nurses to have an impact.”

She added that the NHS People Plan, expected in the spring, “must be fully funded and finally start to tackle the real reasons why there are not enough nurses”.

Responding to the report, the NHS Confederation, which represents organisations across the healthcare sector, said next week’s Budget is an opportunity for the government to address the issue.

Susan Masters, the Royal College of Nursing’s director of nursing, policy and practice, added: “There simply aren’t enough nurses joining the profession in England to look after the health of the population.

“Next week’s Budget is the perfect opportunity for the Government to respond to the workforce problems of NHS and social care.

“We are calling for investment to remove financial barriers for nursing students, by paying for tuition fees and providing grants for the real costs of living.

“Until there’s a law clarifying who is responsible and accountable for workforce in Government and throughout the health and care system, patient safety remains at risk”.

An NHS spokesman said: “NHS hospitals successfully opened extra hospital beds at a record rate this winter, made possible by having over 7,700 extra nurses working across the NHS than last year.

“But given the pressures on the NHS, the Government’s commitment to increase the number of nurses by 50,000, as well as invest in more new beds and facilities, will be crucial when it comes meeting the growing need for care.”

A Department of Health and Social Care spokeswoman said: “There are already record numbers of nurses in our NHS, up by over 8,000 compared to the same time last year – and we will deliver 50,000 more nurses over the next five years.

“From September we’re also giving nursing students at least £5,000 a year to help secure the staff we need for the future.”