“I have a small baby at home, it would be first Christmas together, but that’s it, I guess we’ll do it on Facebook." 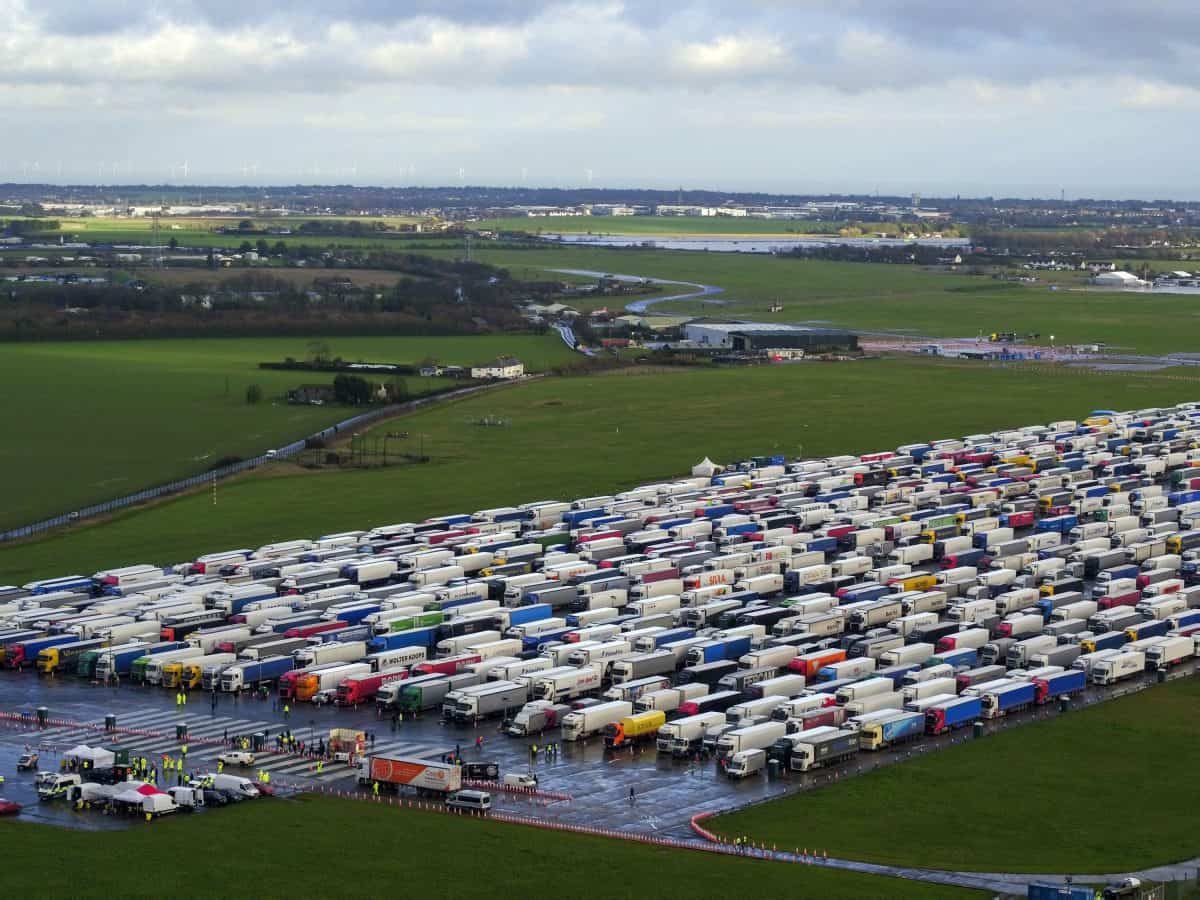 Lorry drivers fear they will not make it home in time for Christmas as they remain stuck in Kent despite France reopening its borders.

The backlog of 5,000 HGVs is expected to take days to clear as drivers are required to take a Covid-19 test before they can cross the Channel.

France eased its travel ban on Wednesday, but said those seeking entry into the country from the UK must have proof of a negative coronavirus result taken in the past 72 hours.

Polish lorry driver Greg Baranski, 39, has been waiting at a Department for Transport-run (DfT) disused airfield site at Manston for the past two days and is eager to return home.

He told the PA news agency: “My situation is not nice. I’ve been waiting here for about two days, and we do not know what will happen next.

“We are waiting for a test for coronavirus, after when we are negative we can go to Dover and pass the channel and go back home.

“But it is too late now, because of Christmas coming after tomorrow. That means it doesn’t matter for us, 100% now we won’t make it home for Christmas.

“I’m not happy. My family are waiting for me but probably I will be home after Christmas.”

The DfT said 3,800 lorries were parked on the Manston airfield as of Wednesday morning.

Mr Baranski claimed there were just two food trucks available and drivers were having to wait around two hours in the rain for a meal.

“People here are from Romania, Lithuania, Spain, Portugal, and we are all really angry and hungry,” he said.

Meanwhile, lorry drivers at the entrance of the Port of Dover’s Eastern Docks have also protested over being stuck at the border.

Van driver Emil Liveu, who is transporting parcels from the UK to Romania, has been stuck at the Port of Dover since 10pm on Sunday night.

“They told me I need to get a Covid test to cross the border,” the 30-year-old told PA.

“I found a private test, I paid for it, they give me the test, I come back here and they told me no.”

No toilet, no food

Mr Liveu, who has been sleeping in his cab since Sunday, said: “It’s hard to pay for a hotel when you have paid £130 for the test, money for diesel, paying for the motorway.

On making it back home to Romania for Christmas, he said: “If I leave now, maybe I’ll get back. But to be honest, I don’t think I have any chance.

“I have a small baby at home, it would be first Christmas together, but that’s it, I guess we’ll do it on Facebook.

“Everyone is hoping because there are a lot of people here with children.”