Hosting hit TV show The Apprentice put Donald Trump in The White House, suggests new research. The long-running show led to viewers seeing the real estate tycoon as a ‘friend’ – helping him become more believable, according to the study. The phenomenon is known as ‘parasocial relationships’ where strong emotional bonds are formed with people […] 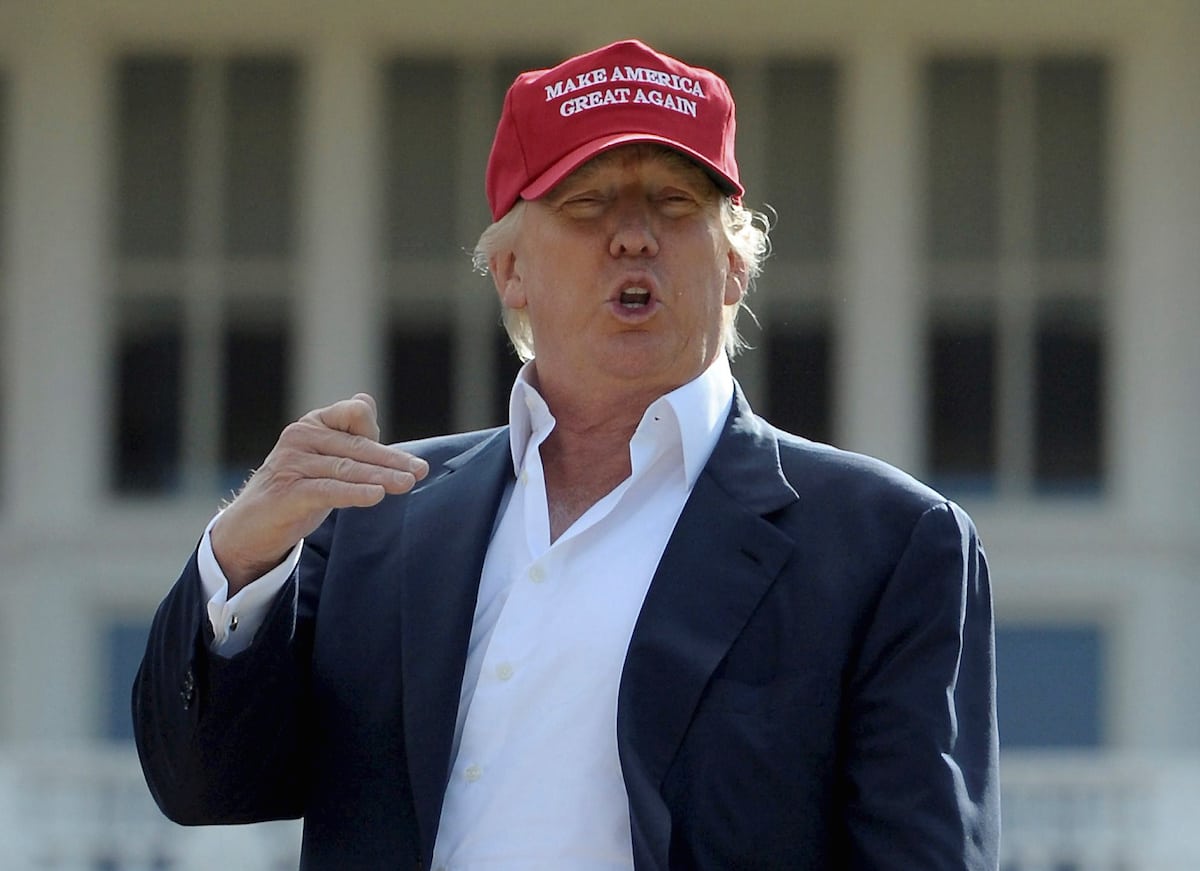 The long-running show led to viewers seeing the real estate tycoon as a ‘friend’ – helping him become more believable, according to the study.

The phenomenon is known as ‘parasocial relationships’ where strong emotional bonds are formed with people you’ve never met.

Scientists say they often involve a celebrity and grow as more information about them is sought on Instagram or Twitter – even though they can’t connect back.

Lead author Professor Shira Gabriel, a psychiatrist at Buffalo University in New York, said: “I strongly believe Donald Trump would not be President if it weren’t for his being on The Apprentice and The Celebrity Apprentice.

“It’s not the only factor – but this was a close election and knowing what I know about the strength of parasocial relationships and based on what we found through this research I believe he wouldn’t be in office if it weren’t for these television shows.”

An expert in parasocial relationships after researching them for a decade, she says they are real to people – and have actual psychological outcomes.

Prof Gabriel said: “Viewers feel like we know these people when in a parasocial relationship.

“They feel interested in their lives and feel happy when good things happen to them.

“Logically that doesn’t make sense – but we still feel connected to them when we spend time with them – and it’s a relatively healthy and common thing to do.”

Using an online survey her researchers recruited 521 voters and measured their current attitudes about Trump – as well as their voting behaviour and their experience watching his two shows.

They found many viewers formed these bonds with Trump due to his appearance on 14 seasons of The Apprentice and The Celebrity Apprentice.

They liked him which predicted them believing many of his election promises – as if trusting the word of a friend. At the same time they were less likely to believe negative stories.

Prof Gabriel said: “This makes sense. It’s how we would behave with real relationships.

“For example, if you had a friend, in real life, for 14 years and saw evidence, again and again, that he was a great leader and decision maker, exhibiting wise and sound behaviour, you would be likely to discount negative things said about that friend because you would feel as if you knew him better.”

The more people watched him on his TV programmes the more likely they were to form bonds – which led to his shock 2016 presidential election victory.

Prof Gabriel said: “The mass of shows is amazing.

“Fourteen seasons of hour-long episodes that presented Trump as a calm, infallible decision-maker, who listened to others but came to his own conclusions, greatly emphasised his success.”

She said politicians can’t buy the kind of exposure with campaign ads that reality TV provides.

Viewers know campaign ads are designed as persuasion tools – so they approach these with an inherent scepticism.

Prof Gabriel said: “But these shows weren’t presented as campaign ads. They were presented as reality shows that gave us a glimpse into a real process for our entertainment.

“The defensiveness we exhibit when we’re being pitched wasn’t there for ‘The Apprentice’ and ‘The Celebrity Apprentice.'”

The study also helps explain those who crossed party lines to vote for him. The effects were strongest with voters who weren’t lifelong Republicans.

For those people, parasocial bonds were an especially strong predictor of voting for Trump.

In other words some voters who would not have voted for Trump for political reasons felt they knew him and liked him due to The Apprentice – and voted for him because of that.

The study, published in the journal Social Psychological and Personality Science, is the first scientific examination of how viewers’ parasocial bonds with Trump contributed to his being elected to the nation’s highest office.

Prof Gabriel said they stem from the strong human need to form relationships – and TV is a particularly potent multisensory medium capable of immersing viewers into the experience.

In a way it mimics reality in that relationships develop slowly over time in regular intervals.

They would vie for the show’s prize – a one-year $250,000 starting contract to run one of Trump’s companies.