Ghamer Sulayman, 23, forced the teenager to perform sexual acts with multiple men after saying he was taking her shopping 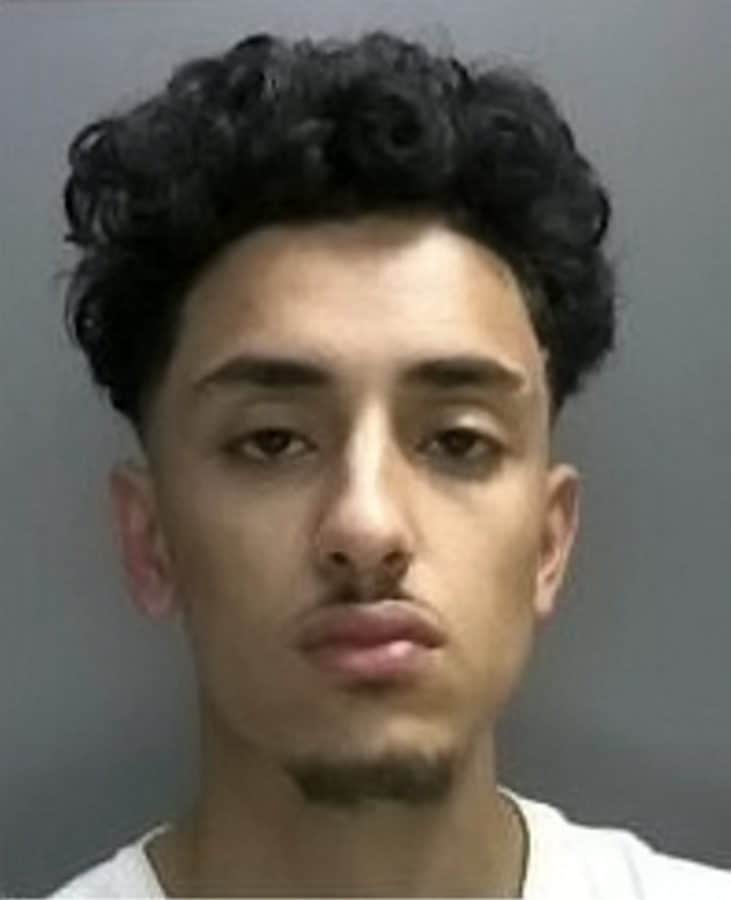 A vile rapist who groomed a 15-year-old schoolgirl online before plying her with booze and “pimping her out” to his friends has been jailed for ten years.

Evil Ghamer Sulayman, 23, lured the teenager into his car on the pretence that he was taking her on a shopping trip after months of chatting to her on social media.

Sulayman then dumped her at a train station the next day to make her own way back to her home in Telford, Shropshire.

He also had sex with her in a supermarket car park, where he arranged for other men to sexually abuse her.

A court heard how Sulayman, of Kings Heath, Birmingham, “pimped” the victim to his friends in return for favours.

Prosecutor Mark Heywood QC said that Sulayman had been the “leading light” in arranging for the girl to be taken to be exploited and she had been coerced into “unsafe and degrading sexual acts”.

He was found guilty of one count of rape and two of human trafficking following a trial at Shrewsbury Crown Court and sentenced to ten years in prison last week.

Sentencing, Judge Peter Barrie said: “You personally contacted her by phone or by social media.

“I am satisfied that you had spent the previous months grooming her, persuading yourself that she would be willing to engage in wild sexual behaviour and getting her to believe that she liked you.

“How harrowing to think that she was so adrift, so lacking in real personal relationships in her life that she clung on to you even after what you had done to her.”

The victim, who is now 18, recalled how Sulayman drove her with two other men in the car to a house where he told her to have sex with the homeowner, then with two men at the same time .

She also described how Sulayman laughed as he raped her several days later during a campaign of abuse which lasted between February and July 2016.

Mark George QC, defending, said his client was still a young man at 23 and had no previous convictions.

He also told the court that he had married in 2018 and that he was expecting a baby.

Sulayman was found not guilty of a further six further counts of rape and one of human trafficking.

Co-defendants Ayad Hizam, 21, and Saleh Qasem, 20, were cleared of all charges against them relating to the same girl.

Detective Constable Steve Parton, of West Mercia Police, said after the case: The victim in this case has shown great courage and bravery, it has not been easy and I hope todays verdict offers some solace to her as she now moves forward in her life.”

By Ben Gelblum and Jack Evans