A judge said the TV presenter was ‘entitled’ to ‘vindication’ – but said there had been a ‘clear element of provocation’ in a tweet she had posted. 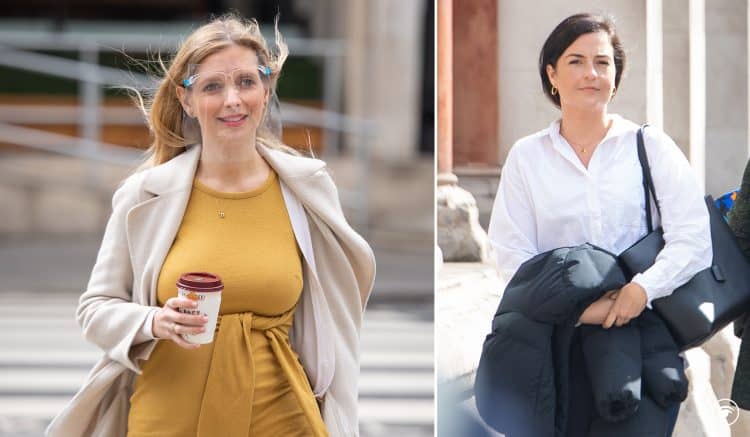 Television presenter Rachel Riley has been awarded £10,000 damages by a High Court judge after suing a former aide to Jeremy Corbyn for libel following an exchange on Twitter.

The 35-year-old, a numbers expert on the Channel 4 show Countdown, complained about a tweet that Laura Murray, who is in her early 30s, posted more than two years ago.

Mr Justice Nicklin oversaw the High Court case in London in May and delivered a ruling on Monday.

The judge said Ms Riley was “entitled” to “vindication” – but said there had been a “clear element of provocation” in the tweet she had posted.

He had heard that both women posted tweets after Mr Corbyn, who was then Labour leader, was hit with an egg while visiting a mosque in March 2019.

Ms Riley initially posted a screenshot of a January 2019 tweet by Guardian columnist Owen Jones about an attack on former British National Party leader Nick Griffin, which said: “I think sound life advice is, if you don’t want eggs thrown at you, don’t be a Nazi.”

She added “Good advice”, with emojis of a red rose and an egg.

Later, Ms Murray tweeted: “Today Jeremy Corbyn went to his local mosque for Visit My Mosque Day, and was attacked by a Brexiteer. Rachel Riley tweets that Corbyn deserves to be violently attacked because he is a Nazi. This woman is as dangerous as she is stupid. Nobody should engage with her. Ever.”

Ms Riley said she was being sarcastic in her tweet, did not call Mr Corbyn a Nazi, and told the judge that Ms Murray’s tweet caused serious harm to her reputation.

Ms Murray was stakeholder manager in Mr Corbyn’s office when he was Labour leader, and went on to be the party’s head of complaints, before going into teaching.

She argued that what she tweeted was true and reflected her honestly held opinions.

Mr Justice Nicklin had ruled at an earlier hearing that Ms Murray’s tweet was defamatory.

He had concluded that the tweet meant Ms Riley had “publicly stated” Mr Corbyn had been attacked when visiting a mosque; that he “deserved to be violently attacked”; by doing so she had shown herself to be a “dangerous and stupid person” who “risked inciting unlawful violence”; and that people should not “engage with her”.

The judge was asked to consider, at the May trial, whether serious harm had been caused to Ms Riley’s reputation, and whether Ms Murray had a defence of truth, honest opinion, or public interest.

“This case is unusual,” said the judge in a written ruling on Monday.

He added: “The claimant is therefore entitled to a sum in damages.”

He rejected Mr Riley’s argument that Ms Murray had been “motivated by any improper purpose”.

“I am satisfied that the defendant acted honestly,” he said.

Mr Justice Nicklin said the posting of the “good advice tweet” could not be described as “bad conduct” by Ms Riley.

But he said it “properly” fell to be “characterised as provocative, even mischievous”.

“There is a clear element of provocation in the good advice tweet, in the sense that the claimant must have readily appreciated that the meaning of the good advice tweet was ambiguous and could be read as suggesting, at least, that Jeremy Corbyn deserved to be egged because of his political views,” said the judge.

“The claimant can hardly be surprised – and she can hardly complain – that the good advice tweet provoked the reaction it did, including the defendant’s tweet.”

He said those were “matters which are properly to be taken into account” when deciding on “appropriate” damages.

Ms Riley, who studied mathematics at Oxford University and is on maternity leave from Countdown after giving birth in November, had told the judge she is Jewish and has a “hatred of antisemitism”.

She said she speaks out against antisemitism and thought the Corbyn-led Labour Party was “fostering antisemitism”.

Ms Murray told the judge that her job had involved her working with the Jewish community to “try to find solutions to the problem of antisemitism which was becoming evident within parts of the Labour Party membership”.

Ms Riley said in a tweet that she was pleased.

“I’m extremely pleased to have won my libel case vs Laura Murray, former head of complaints for the Labour Party,” she said.

“This has been a very draining process and I’m relieved to finally have vindication.”