Forces are preparing to create a “technological catastrophe” before trying to shift the responsibility on to Kyiv. 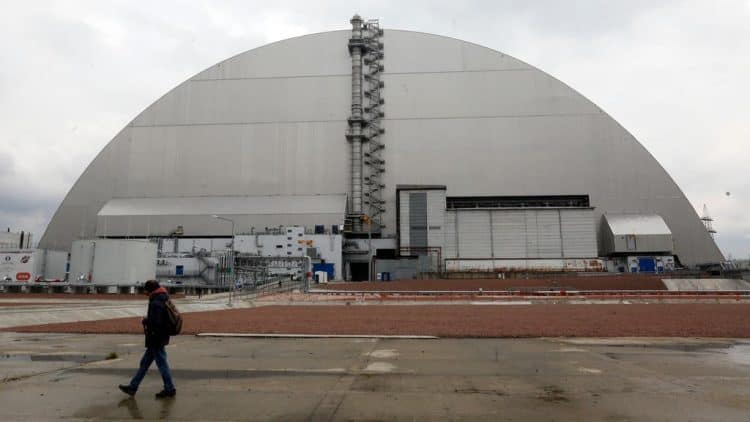 Britain has warned Vladimir Putin of a “dramatic increased response” from the West if he uses chemical weapons in Ukraine, amid warnings over a possible attack on Chernobyl.

Ukrainian defence intelligence alleged on Friday that the Russian president is “preparing a terrorist attack” on the facility seized by Moscow’s troops.

The invading forces would create a “technological catastrophe” before trying to shift the responsibility on to Kyiv, according to the assessment posted online.

The warning came as Britain and the US were raising the alarm over suspicions the Kremlin could use chemical weapons in Ukraine.

Prime Minister Boris Johnson has expressed fears Russia is spreading a “fake story” that the US or the Ukrainians have chemical weapons in Ukraine as a pretext for an atrocity.

Technology minister Chris Philp echoed the warnings on Friday, saying Russia appears to be fabricating a “false narrative” online in preparation for such a “barbaric” attack.

“Clearly the use of chemical weapons, especially in an invasion where there are a very large number of civilians, would be an outrage against humanity,” he told Times Radio.

“So I would say to anybody in Russia thinking about this: do not cross that line, do not inflict any more misery and suffering on the Ukrainian people.

“I’m not going to speculate about the form that’s going to take or pre-empt it, but that’s a line that Russian governments should not cross.”

A spokesman for the Prime Minister backed Mr Philp’s warning, and added that Russia would be hit with a “robust” but unspecified response in the event of a chemical attack.

The official also stressed the need to keep Chernobyl “safe and secure” when asked about Kyiv’s warning, which had not yet been verified by Western sources.

Ukrainian defence intelligence detailed the allegation on Facebook, pointing towards disruption at the plant, as well as Russia’s attack last week on the nuclear power station in Zaporizhzhia.

Officials accepted on February 25 that they had lost control of Chernobyl.

In 1986, when Ukraine was under the control of the Soviet Union, the plant was the site of the world’s worst nuclear accident.

On Friday, Mr Philp singled out the Russian embassy in the UK, which has had a separate post branded “fake news” removed by Twitter, over disinformation.

He told Sky News the embassy was “creating a false narrative that Ukrainians are considering using chemical weapons, which is clearly ridiculous and totally untrue”.