The new ad campaign has been labelled ‘privileged’, ‘middle class’ and ‘trashy’. 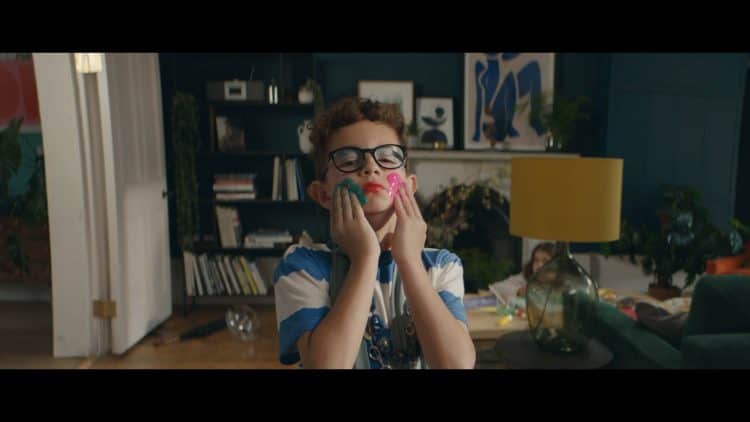 The new ‘Let Life Happen’ advert sees the department store document one young child leaving a trail of destruction through his family home.

In a statement, the retailer wrote: “It feels good to have home insurance that keeps up with your life, including optional add-ons to protect the things you love, so you can live in the moment. Fairly-priced and built with care, our cover looks after the accidental and the unexpected. So, you’re free to sit back, relax and let life happen.”

It’s also been highlighted that the advert is misleading, given John Lewis’ home insurance policy “provides wider Accidental Damage Cover” to home contents, with “accidental damage” considered, “sudden, unexpected and visible damage which has not been caused on purpose”.

Some right-leaning social media users have also accused John Lewis of ‘agenda pushing’, but others have been quick to condemn the ‘privileged’, ‘middle class’ and unsustainable habits promoted by the ad campaign.

‘The manifestation of pure privilege’

In response to the advert, which premiered earlier this week, one Twitter user wrote: “Well done John Lewis. You have – I assume inadvertently- captured the pure essence of what is making so many uneasy. The manifestation of pure privilege. To destroy an environment, secure in the knowledge someone else will have to pick it all up after you.”

While another asked: “Are there any non-upper middle class John Lewis ads?”

Another Twitter user wrote: “Oh so middle class. I feel sorry for the poorly paid cleaners who have to clean up after such trashy ppl. John Lewis, for the middle class trash eh, won’t be shopping there again.”

One user added: “A boy resenting his idle, neglectful middle class parent? Ironically damage @JohnLewisRetail would unlikely pay out for. Bold move by John Lewis to make their target customer look like an ineffectual, lazy and indulgent privileged parent who can just claim on the insurance when their gorgeous house is trashed.”

“Dear @JohnLewisRetail, I have watched your new ad for home insurance. It implies to me you would pay out for this damage depicted, caused while an adult is passively watching the boy wreck the house. Can you confirm this is the case, please? Thanks.”

“2022: John Lewis reporting record losses because an ad suggested you could watch your child completely destroy your home and they would pay for the damage.”

“I’ve just deliberately trashed my house as I wanted a whole new decor and apparently will get it as I`m covered by John Lewis insurance, who, judging by this advert, will pay out, no questions asked.”