The UK’s only LEGO Certified Professional has constructed a 700,000 brick Santa’s Workshop in the middle of Covent Garden. Duncan Titmarsh, from Farnham, Surrey, has used more than 10 million pieces since his prestigious appointment. One of only 14 official Lego builders in the world, he has built the world’s tallest Lego Christmas tree, a full size […] 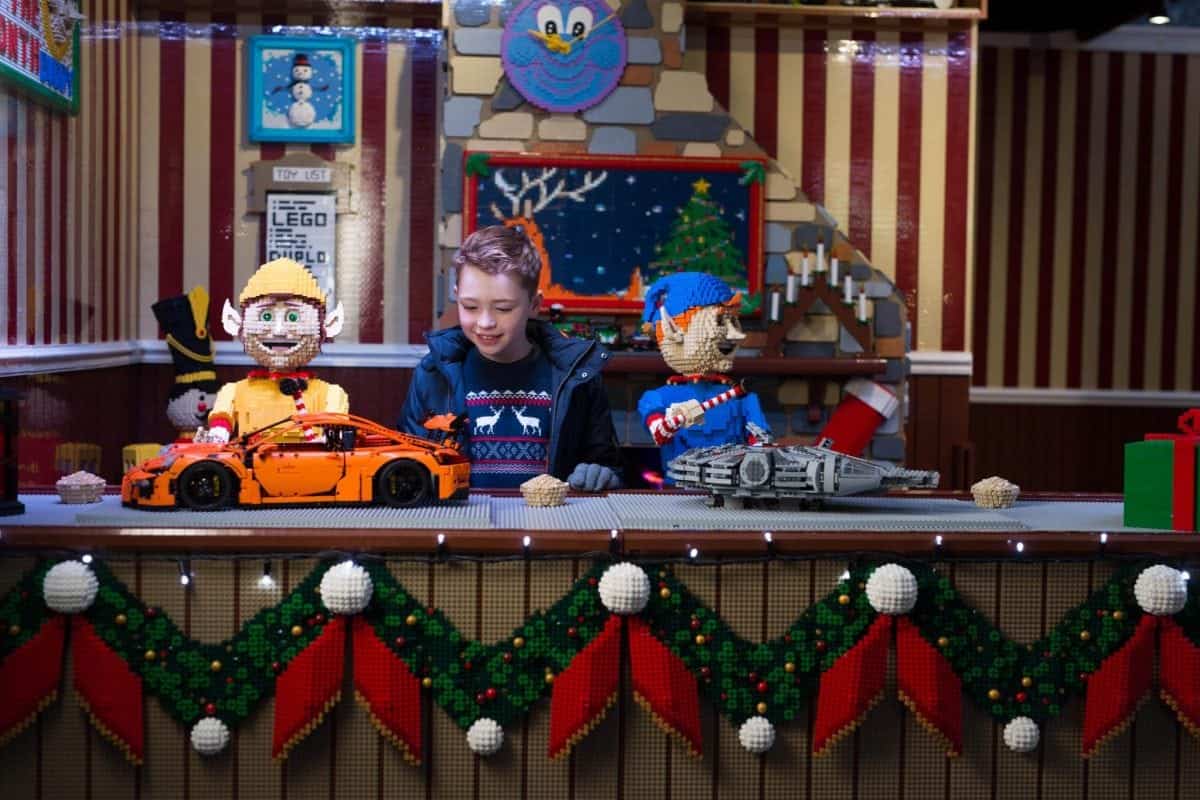 EDITORIAL USE ONLY Alfie Ridout aged 8 from Hertfordshire helps putting the finishing touches to the LEGO Santa's Workshop in Covent Garden. PRESS ASSOCIATION Photo. Picture date: Tuesday November 29, 2016. The workshop which is made with over 700,000 LEGO bricks and features LEGO elves 'building' Christmas with Santa keeping a watchful eye will be open till 29th of December. #LetsBuildXmas Photo credit should read: David Parry/PA Wire

The UK’s only LEGO Certified Professional has constructed a 700,000 brick Santa’s Workshop in the middle of Covent Garden.

Duncan Titmarsh, from Farnham, Surrey, has used more than 10 million pieces since his prestigious appointment.

One of only 14 official Lego builders in the world, he has built the world’s tallest Lego Christmas tree, a full size caravan and even a fully working greenhouse. And he holds the Guinness World Record for the largest Lego structure ever built – a replica of London’s Tower Bridge made from 5,805,846 bricks, beating the previous record by 470,646 pieces.

It took a team five months to build and laid end to end, the bricks used would stretch for almost 200 miles, or from Tower Bridge in London to Paris. Some of Duncan’s more ambitious creations include:

This year he is bringing Christmas cheer to Covent Garden piazza with an installation which will open until 29th December.