The Duke's lawyers accuse Virginia Giuffre of profiting "from her allegations against Epstein and others". 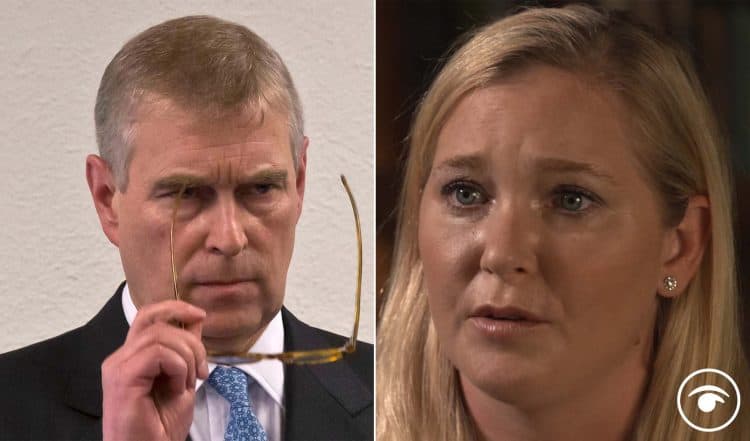 Prince Andrew’s lawyers have accused Virginia Giuffre of peddling false claims and seeking “another payday at his expense” in court papers filed in New York.

The filing was the Duke of York’s first formal response to a lawsuit filed against him by Giuffre, who accused him of sexually abusing her when she was 17.

In a memorandum, the Duke’s lawyers say Giuffre has spent more than a decade profiting “from her allegations against Epstein and others”.

She secured sums “most people could only dream of” by flogging stories and photographs to the press and filing lawsuits against Epstein and associate Ghislaine Maxwell, which were settled out of court, they say.

The lawyers suggest this gave her “a compelling motive… to continue filing frivolous lawsuits against individuals such as Prince Andrew”. They argue it “should no longer be tolerated, as it continues to harm many innocent people.”

Giuffre filed the suit under the Child Victims Act, a New York law which gives victims of historical acts of sexual abuse a window of time in which to pursue their abusers.

She claim she was recruited by Maxwell as a teenager as a supposed masseur for Epstein – and was sexually abused by the financier, as well as being “lent out” to other powerful men – including Prince Andrew.

She alleges that, aged 17, she was forced to have sex with the Duke in London, that he sexually abused her in New York and on his private island on the Caribbean.

Epstein, a disgraced financier, died in a Brooklyn jail in 2019 as he was held on charges for the sex trafficking of minors in Florida and New York.

The document, signed by lawyer Andrew Brettler, said: “Accusing a member of the world’s best known royal family of serious misconduct has helped Giuffre create a media frenzy online and in the traditional press.

“It is unfortunate, but undeniable, that sensationalism and innuendo have prevailed over the truth.

It added: “Virginia Giuffre may well be a victim of sexual abuse at the hands of Jeffrey Epstein, and nothing can excuse, nor fully capture, the abhorrence and gravity of Epstein’s monstrous behaviour against Giuffre, if so.

“However, and without diminishing the harm suffered as a results of Epstein’s alleged misconduct, Prince Andrew never sexually abused or assaulted Giuffre.

“He unequivocally denies Giuffre’s false allegations against him.”

Separately, a lawyer for Giuffre told The Daily Telegraph the Duke’s interview on Newsnight where he discussed the allegations will form part of the case against him.

Sigrid McCawley was quoted in the paper saying: “Frankly, it was very helpful for us.

“I don’t know who would have advised him to do that, it was a very wrong move on his part to expose himself in that way.”