Police are hunting the suspects after the JCB joyride in Devon 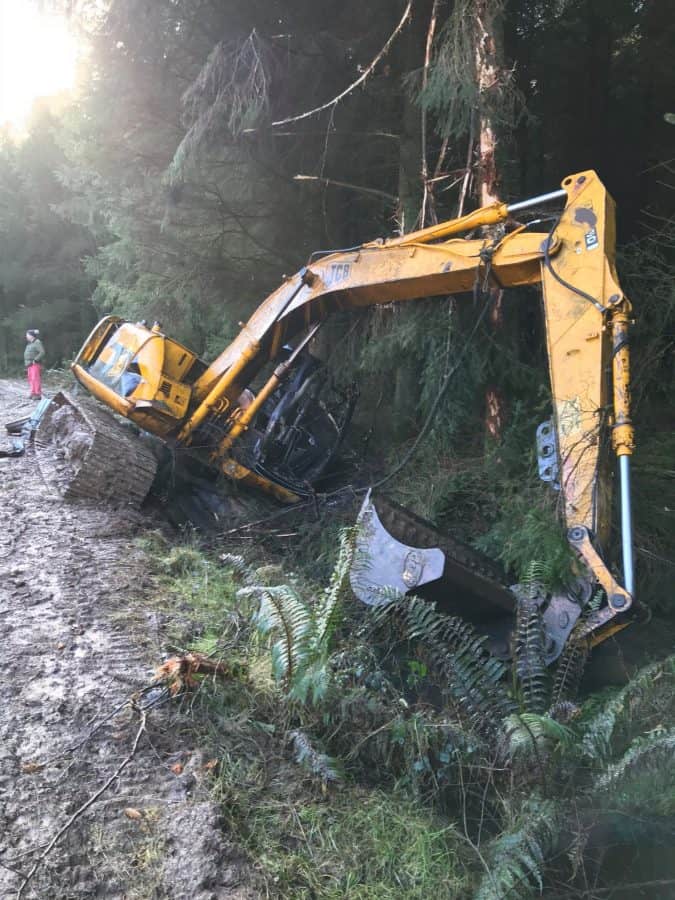 Police are hunting vandals who hot-wired and stole two giant diggers for a joy-ride – and destroyed several ancient trees.

The yobs nicked two enormous JCB excavating machines and used them to tear down trees that were more than 150 years old.

After leaving behind a trail of destruction, the culprits then ditched the huge machines down a bank and set fire to them.

Pictures show the carnage left by the rampaging louts which has prompted a police appeal for witnesses.

The incident happened in a wooded area near Dolton, Devon, some time between Tuesday, January 14 and Saturday, January 18.

The owner of the land, Lindsay Doran, took to Facebook to appeal for information.

She said: “Last week vandals went on the rampage in the middle of our woods, on the outskirts of Dolton. 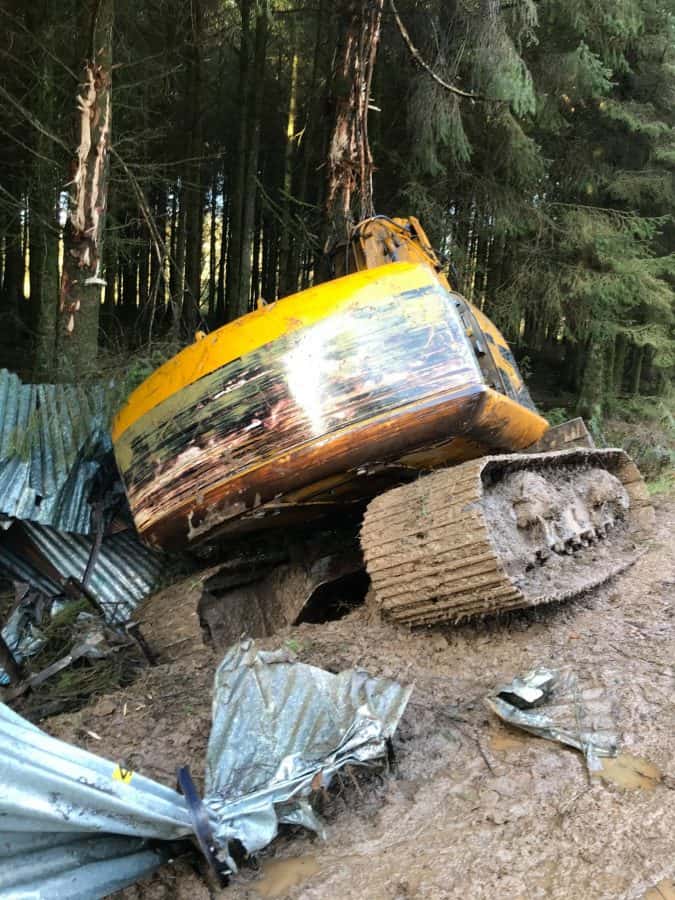 “They hot-wired both machines and ran riot, leaving a trail of destruction and tearing down majestic 150-year old trees until crashing them in a ditch.

“Not content with that they then set light to both, burning them out completely.

“Both diggers were parked well off of the road and out of public view. How can this be allowed to happen in such a beautiful part of the world?

“I am appealing for any information, maybe you’ve heard someone talking about it.

“I expect they may have videos on their phones. Even the smallest detail will be greatly appreciated and treated in the strictest confidence.”

Devon and Cornwall Police has issued an appeal for witnesses.

A spokesman said: “Police received a report that two excavators at a site in Dolton had been broken into, moved approximately 300 metres and had their windows were smashed before they were burnt out. 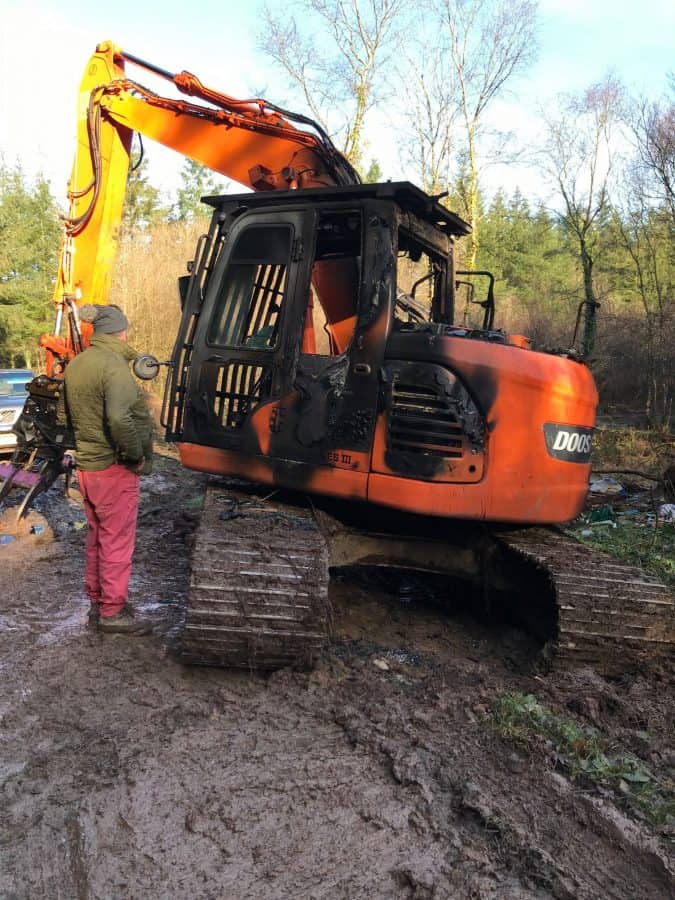 “A number of trees were pushed over and damaged as a result.

“This is believed to have happened between Tuesday 14 January and Saturday 18 January.