They said anyone travelling to take part in a protest can expect to be stopped, advised to return home and could face a fine or court appearance. 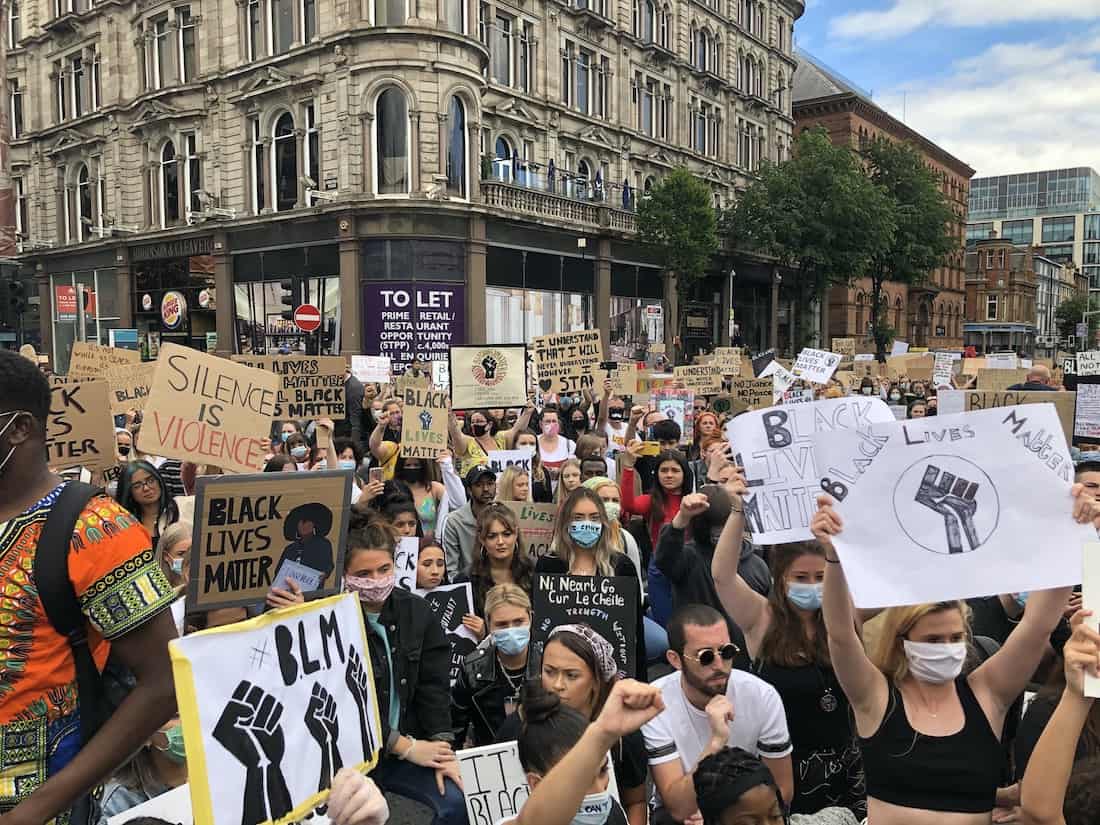 Police in Northern Ireland are conducting checks on roads and at transport hubs ahead of planned anti-racism protests.

They said anyone travelling to take part in a demonstration can expect to be stopped, advised to return home and could face a fine or court appearance.

Assistant Chief Constable Alan Todd issued a strong appeal to the public not to take part in protests this weekend.

Mr Todd said any gathering of more than six people is against coronavirus regulations, as is travelling for a protest.

The Assistant Chief Constable also warned that if advice not to assemble is ignored, police may move to enforcement.

On Friday night, organisers of Black Lives Matter demonstrations in Belfast and Londonderry indicated they planned to proceed with social distancing measures in place.

However, planned protests in Newry, Portadown and Omagh have been cancelled.

They were sparked by the death of George Floyd in police custody in the United States last week.

On Saturday morning, the PSNI said officers are conducting checks on roads and transport hubs today ahead of planned protests in Belfast and Derry/Londonderry.

“If you are travelling to take part in a protest you can expect to be stopped, advised to return home and could face a fine or court appearance #StaySafeSaveLives,” they added in a tweet.

The Northern Ireland Assembly will show its support for Saturday’s day of solidarity with the Black Lives Matter movement by lighting Parliament Buildings yellow.

Stormont Speaker Alex Maskey described the initiative as a way of demonstrating solidarity which complies with the coronavirus regulations.