The Metropolitan Police said her baby who was delivered at the scene is still in a critical condition. 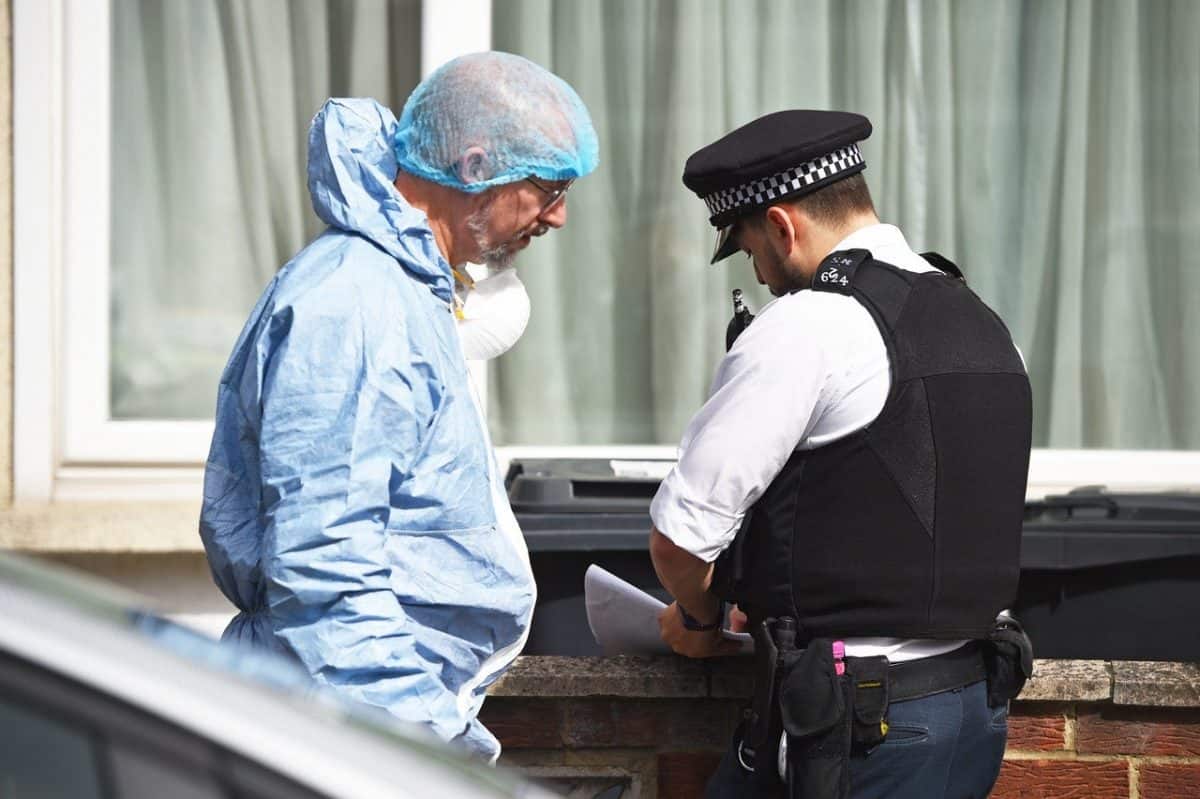 Detectives probing the murder of a heavily pregnant woman who was stabbed to death, leaving her baby critically ill in hospital, have made a second arrest.

The 26-year-old victim, who was eight months pregnant and found with stab injuries at the scene, has been named by the Metropolitan Police as Kelly Mary Fauvrelle.

Scotland Yard said a 29-year-old man has been arrested on suspicion of murder on Saturday and remains in police custody.

A 37-year-old man who was also arrested on suspicion of murder on the same day, has been released under investigation pending further enquiries.

With the force stating officers “retain an open mind to any motive”, a senior detective has described the crime as a “horrific incident”.

At around 3.30am on Saturday, officers were called to reports of a woman in cardiac arrest at an address in Raymead Avenue, Thornton Heath, Croydon.

Ms Fauvrelle died at the scene, where her baby was delivered by the London Ambulance.

The newborn remains in hospital in a critical condition, Scotland Yard said on Sunday.

Detective Chief Inspector Mick Norman said: “This is a horrific incident in which a young mother has lost her life and her child is critically ill.

“Our sympathies go out to her devastated family. They are being supported by specially trained officers following this awful event, and I would ask that they are left alone at this time as they come to terms with the enormity of what has happened.

“A large crime scene is in place, and is likely to be in place for some time.

“At the forefront of our inquiries is understanding what exactly has led to these tragic circumstances, and we are doing everything we can to establish the facts.”

Medics fought to save the mother after an air ambulance, two ambulance crews and two response cars were sent to the scene by the London Ambulance Service.

The force said the woman’s next of kin have been informed but formal identification is yet to take place. A post-mortem examination will be held in due course.

A neighbour has since paid tribute to the victim, describing her as “just a nice girl”.

Despite living in close proximity to the scene of the murder and being awake at the time of the woman’s death, she said she did not hear or see any signs of an attack taking place.

She added: “I came back home between 1am and 2am. I was even talking on the phone in the back yard.”

Forensics teams were still investigating the scene of the murder in Raymead Avenue on Sunday as the force confirmed a second arrest had been made.

Specialist investigators could be seen swabbing surfaces in an alleyway running along the side of the house while police officers guarded a cordon at the front of the property.

Reacting to the murder on Twitter, London mayor Sadiq Khan said: “Violence against women is endemic in society and devastating murders in the home, like this one, show the scale of the problem we face.

“My prayers are with this innocent child, and with the mother it has so tragically lost.”

Neighbours said that three women, one of whom was pregnant, lived at the house and they had a small dog.

One neighbour said she had got up at about 3.30am to do her prayers when she heard a dog barking at the house, which is two doors down.

Declining to be named, said she she was “shocked and surprised” to hear about the attack.

Police are also investigating three other deaths across London over the weekend including a man in his 20s or 30s who died after self-presenting at a south London hospital suffering from stab injuries.

Police were called at 4.51am on Sunday to reports of a fight at Sutherland Walk, in Walworth, but when they arrived no victim could be found.

The victim is believed to the man who self-presented at hospital, who was treated for serious injuries but died at 7.23am on Sunday, the force said.

Three men have been arrested on suspicion of attempted murder.

Police were also called to reports of a fight in Coldharbour Lane, Brixton, at about 5.55pm on Saturday, where they found an injured 54-year-old man who was rushed to a south London hospital but later died.

Two arrests have been made in connection with this incident, the force added.

Later that night police were called to the junction of Ron Leighton Way and Wakefield Street in East Ham at 11.07pm where they found a man believed to be in his late 20s suffering from stab injuries. The man was pronounced dead at the scene, the force added.