Meanwhile, Scottish Health Secretary Humza Yousaf accused the PM of “mocking” those who lost loved ones to the virus. 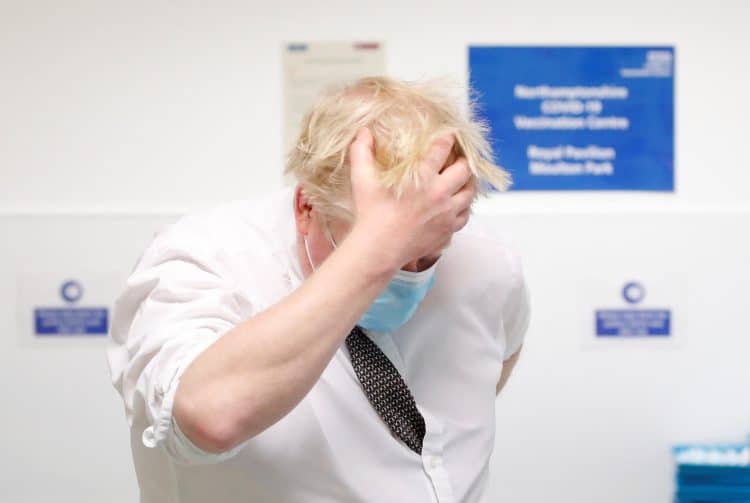 Scottish Conservative leader Douglas Ross said he felt “furious” at the latest allegations of a lockdown-busting party in Downing Street, as he called on the Prime Minister to say whether he attended or not “right now”.

Asked if Boris Johnson should resign, Mr Ross repeated his position that the Prime Minister could not continue if he is found to have misled Parliament.

Other opposition parties at the Scottish Parliament have called on Mr Ross to submit a letter of no confidence in the Prime Minister.

Speaking at Holyrood, Mr Ross said he was disappointed Mr Johnson has not revealed whether he had attended the gathering or not.

Saying he felt “furious” when he heard reports of the party, he told the PA news agency: “I’m angry. I think that reflects what people across Scotland and the UK are feeling right now.”

It would be “unacceptable” if people were enjoying the sunshine in the back garden of Number 10 while strict restrictions were in place, he said.

Saying he supported Sue Gray’s inquiry into the allegations, Mr Ross continued: “Nothing would undermine what Sue Gray is trying to do, for the Prime Minister to come out and answer a very simple question.

“Was he at the party or not?

“That wouldn’t undermine her investigation or her inquiry but it would let the public know, one way or another.”

A statement from the Prime Minister should already have been made, he said, adding: “It needed to happen last night. This email was publicly available yesterday evening.

“We’ve had all day today.

“It’s definitely going to come up at Prime Minister’s Questions tomorrow, so why not come forward, right now, and tell the public: was he at the party or not?”

Asked if he thought the Prime Minister had misled parliament, Mr Ross said: “I think we’ve got to wait and see what his answer is.

“But I’m in no doubt that any member – whether the Prime Minister or otherwise – who deliberately misleads parliament cannot continue.

“They would have to resign and I’ve said that before now.”

Earlier, former Scottish Tory leader Baroness Davidson asked “what tf were any of these people thinking?” regarding those who attended the party.

Alex Cole-Hamilton, the leader of the Scottish Liberal Democrats, said his Tory counterpart must act.

He said: “Douglas Ross previously said that this was a red line.

“Now that it is clear that the Prime Minister has repeatedly lied to the public, surely Douglas must submit his letter of no confidence because this Prime Minister needs to be removed.”

Meanwhile, Scottish Health Secretary Humza Yousaf accused the PM of “mocking” those who lost loved ones to the virus as he also called for Mr Johnson to resign, saying he has “no moral authority to lead”.