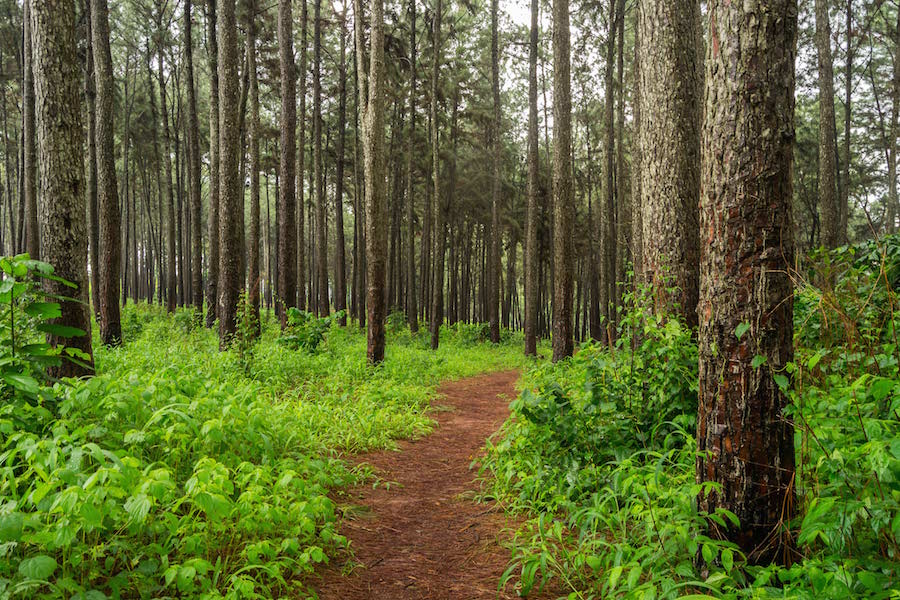 Pine forests smell the way they do because of volatile gasses that help them get as much sunlight as possible.

Scientists have long tried to understand why forests emit the gasses that give off that distinctive pine smell.

Now a new study, led by Leeds University researchers, has found that particles in the atmosphere scatter sunlight, causing light at the Earth’s surface to come from many different directions rather than direct from the sun.

This diffuse light benefits forests by illuminating leaves that would be shaded under direct sunlight.

Using computer simulations the team were able to show that this increased diffuse sunlight enhanced the carbon absorbed by the world’s forests by an amount equal to 10 of global fossil fuel emissions and industry emissions.

Study lead author Dr Alexandru Rap, from Leeds’ School of Earth and Environment, said: “Amazingly we found that by emitting volatile gases forests are altering the Earth’s atmosphere in a way which benefits the forests themselves.

“While emitting volatile gases costs a great deal of energy, we found that the forests get back more than twice as much benefit through the effect the increased diffuse light has on their photosynthesis.”

The study was published in the journal Nature Geoscience.