“You have presented with some babies over the years, haven’t you?”, Ray asked Susanna Reid on this morning's show. 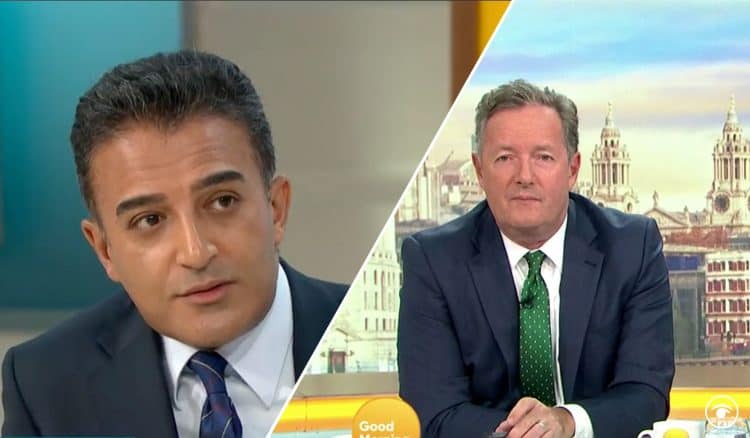 Piers Morgan has hit back at Adil Ray after the Good Morning Britain presenter dubbed him a “baby” on live TV.

Ray, the ITV show’s frequent regular co-host, was discussing the debate surrounding taking kids into work with Susanna Reid and guest Kevin Maguire when he made the joke.

“If you are driving a cab, or you work in a call centre, you cannot take your baby into work,” Maguire said, asking Reid: “When your kids were young, were you taking them into a TV studio while you were presenting? Were you presenting with a baby? Rocking him or her?”

Ray, eyeing an opportunity, replied: “You have presented with some babies over the years, haven’t you?”

As if there was any confusion as to who he was referring to, Ray said: “They stormed out and threw a tantrum.”

Morgan responded to the quip on Twitter, writing: “Hmmm. Given how Mr Ray has helped destroy GMB’s ratings since I left, if I were him I’d probably avoid mocking the guy who took them to record heights….”

It’s not the first two the pair have collided.

In 2019 Ray appeared on Have I Got News For You, saying: “You know the best thing about sitting in for Piers Morgan on Good Morning Britain? I don’t have to meet Piers Morgan!”