The Trussell Trust handed out 935,749 parcels over the six months to October 2021 - with more than a third going to children. 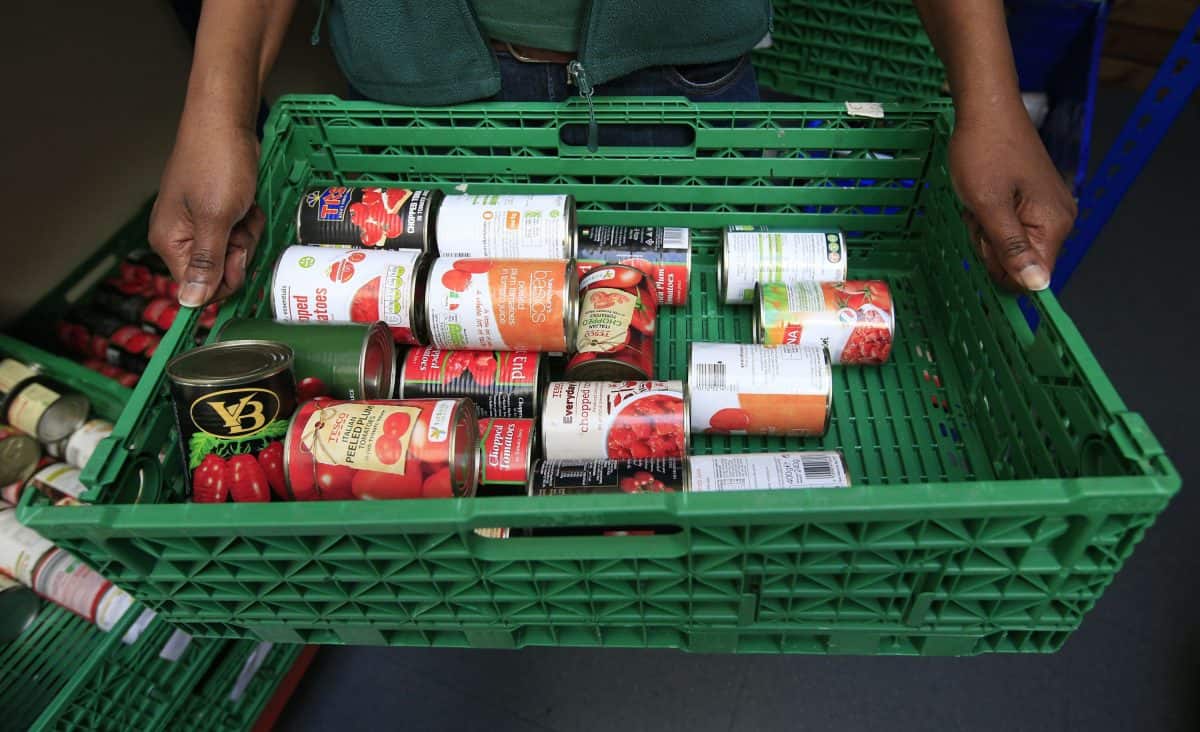 Food bank use is still “well above” what it was before the coronavirus pandemic, with an increasing number of emergency parcels feeding children, charity figures show.

This is up 11 per cent from the same period in 2019, with the number of parcels given to children increasing at twice the rate of those given to adults (a 15 per cent versus 8 per cent rise).

And it represents a rise of almost three-quarters (74 per cent) from 2016, the Trussell Trust said.

The charity distributed fewer parcels than it did during the same period last year – when the network saw an unprecedented spike in need as a result of the economic pressure from the pandemic.

During this time, it handed out a record 1.2 million emergency parcels, with more than 470,000 of the supplies going to children.

The Trussell Trust said it expects the need for support to rise over the winter, as poorer families struggle with rising fuel costs, inflation and the recent removal of the £20-a-week Universal Credit uplift.

The number of parcels distributed by food banks is expected to rise to more than 7,000 a day in December, it warns.

The figures do not include the number of people helped by thousands of other groups providing food aid such as community organisations and independent food banks.

Emma Revie, Trussell Trust chief executive, said: “Everyone in the UK should be able to afford the essentials – to buy their own food and heat their homes.

“Yet food banks in our network continue to see more and more people facing destitution with an increase in food parcels going to children. This is not right.”

She added: “The answer must be for us to have the stability of a strong enough social security system to protect any one of us when we need it.

“We need government at all levels to take action and are asking the public to help fight hunger this winter and join the campaign to fight for a future without the need for food banks.”

Jonathan Reynolds, Labour’s Shadow Work and Pensions Secretary, said: “Thousands of food parcels given out every day to kids is frankly a disgrace – Britain deserves better than this.

“Conservative complacency and chaos has created a cost of living crisis with tax hikes, cuts to Universal Credit and soaring bills hammering families this winter.

“Labour would tackle the cost of living crisis through a VAT cut on energy bills to ease the burden on families this winter.”

The government said Universal Credit claimants will benefit from a newly reduced taper rate and increased work allowance, while a Household Support Fund will help vulnerable families in England afford essentials over the coming months.

A government spokesman said: “We are committed to supporting people on low incomes and the changes we have made to Universal Credit will see nearly two million of the lowest paid better off by around £1,000 a year.

“The most vulnerable, including those who can’t work, can get additional help with essential costs through our new £500 million support fund.”

Related: ‘Like Mourinho – good a decade ago’: Tories pen Boris no confidence letters