Open Britain, the successor to the official Remain campaign at the 2016 referendum, said it would be refocusing on a ‘fair deal for Britain’. 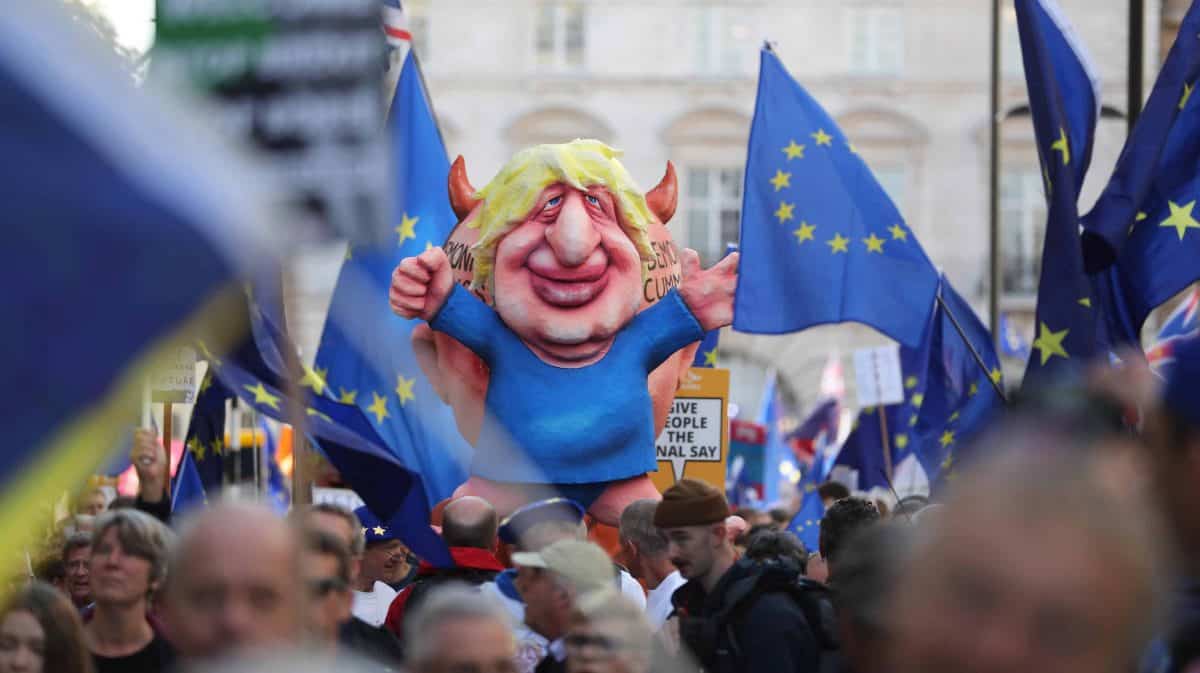 The organisation leading the push for a so-called “people’s vote” has conceded that a second referendum is now much less likely.

Open Britain, the successor to the official Remain campaign at the 2016 referendum, said it would “rebrand” in the new year and push for a “fair deal for Britain” as the country braces itself to exit the European Union.

It comes as a celebrity-backed campaign to vote tactically and deny Boris Johnson a Conservative majority failed at the election, with much of the remain vote split and the Prime Minister securing a crushing 80 seat majority.

Despite 52 per cent of the population ironically voting for parties for a second referendum, Johnson insists Britain will almost certainly leave the EU by the January 31 deadline.

Tom Baldwin, communications director of the People’s Vote campaign, said he “(didn’t) think there is much chance” of the public having a final say on the Prime Minister’s Withdrawal Agreement.

In a statement, Open Britain said: “The People’s Vote will now refocus its campaign to concentrate on vital social issues that this Government must urgently prioritise in its Brexit.

“We urge the Government to avoid a hard Brexit that will be a disaster for our country and instead work with our European partners to get the fair deal that British people deserve.

“The poorest and most vulnerable will be further marginalised if Boris Johnson’s Government crashes us out of the EU with no deal.

“Early next year, the People’s Vote campaign will rebrand and reorganise to campaign for a fair deal for Britain.”

The news comes soon after it was revealed that Boris Johnson’s Brexit plan would reduce the UK economy by almost 2%. The UK Trade Policy Observatory (UKTPO) says its analysis of the impact of leaving the European Union and switching from frictionless trade to a free trade agreement indicates an economic downturn of 1.8%.

Even if mitigating trade deals with the US, Australia and New Zealand were somehow agreed at the same time as writing a Brussels deal, the Conservative Party leader’s withdrawal plans would still see UK output decline by 1.4%, the academics said. Such a hit would slice £28 billion off the economy and mean every household in the country would be £1,000 worse off.

Open Britain formed out of the ashes of Britain Stronger In Europe, the official 2016 Remain campaign, and looked to convince the electorate that the public should be given a final say on any Brexit deal.

In October, just as a December election was looking on the cards, the outfit was wracked by division as in-fighting broke out at the top of its ranks.

Roland Rudd, the now former chairman of Open Britain, looked to oust director James McGrory and Mr Baldwin in a bid to re-shape the messaging.

PR guru Mr Rudd – brother to ex-home secretary Amber Rudd – would go on to quit the organisation after failing in his bid to bring in new leadership.

Reflecting on the General Election result, Mr Baldwin laid the blame for the lack of “people’s vote” campaign impact at Mr Rudd’s door, citing how 52% of the electorate had voted for parties supporting a second referendum.

“Sadly, I don’t think there is much chance of a #PeoplesVote now, even though you can argue a majority voted for parties backing it yesterday,” tweeted the ex-political spin doctor for former Labour leader Ed Miliband.

“@RolandRudd really did for the campaign a few weeks back.”

In a post on Twitter, Mr McGrory – an adviser to Nick Clegg during his time as deputy prime minister in the coalition government – said: “When my niece, nephew and godson ask me about these times, I’ll only be able to say: I tried.

“I gave it everything I had but I failed you. And I am so sorry. But I will spend the rest of my life making it up to you by fighting for the progressive values needed now more than ever.”