"It is a totally miserable place to work and if they need happiness machines to tell them that then it shows how out of touch they are." 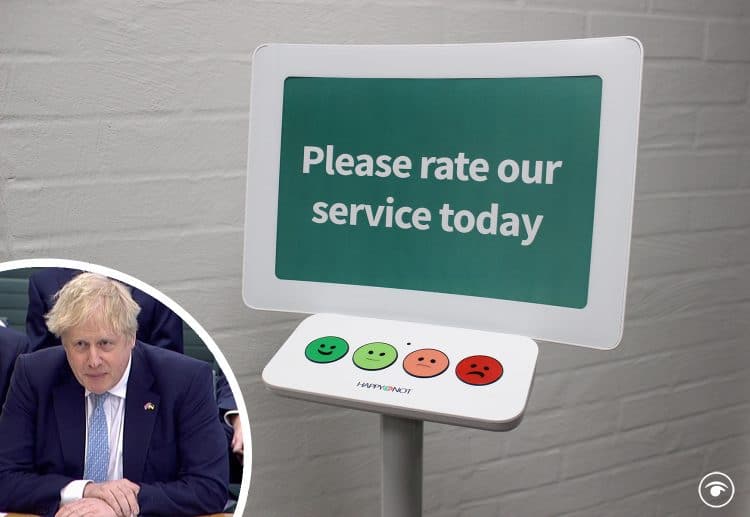 Downing Street staff have accused Boris Johnson’s new top team of “patronising them” by installing so-called ‘happy or not’ terminals around No 10 to monitor how aides are feeling, according to Times reports.

The machines – which are widely seen in service stations and airports – have been put in place to record whether staff have had good or bad experiences by prompting them to press brightly coloured buttons with happy or sad faces on them.

But the move to monitor morale has infuriated a staff facing continued uncertainty over the police’s partygate investigation and a wider shake-up of No 10.

One source told The Times: “It’s treating people like idiots rather than professionals trying to do a job that can be very difficult and stressful at times.”

Another added: “It is a totally miserable place to work and if they need happiness machines to tell them that then it shows how out of touch they are.”

There is also said to be a new ‘Building Hurray’s’ intranet page where staff members can compliment each other on their work anonymously.

Permanent secretary Samantha Jones is believed to be behind the controversial moves.

She has already faced fierce criticism over attempts to slim down operations by proposing dozens of senior staff move over to the Cabinet Office next to No 10.

Wading into the debate on Twitter, she said: “The introduction of happiness machines is a perfect example of where No 10 now is: the most contemptible aspects of HR culture combined with the collapse of leadership and a vacuum of moral courage among senior figures.”