Lord Berkeley says HS2 is ‘the wrong and expensive solution’ to the quest for better rail services. 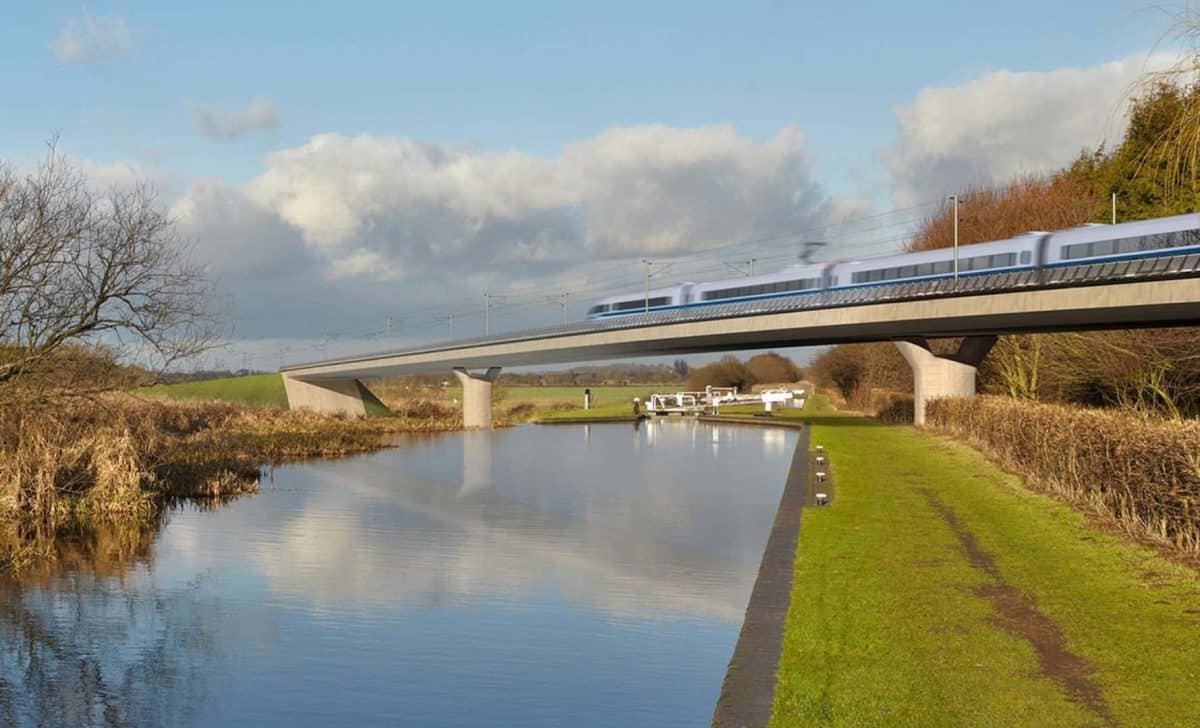 Parliament was “seriously misled” over the costs of HS2, which would be poor value for money and bad for the environment, according to the deputy chairman of the project’s review panel.

The network was initially expected to cost £50.1 billion. Latest estimates by HS2 Ltd – the private company in charge of the project – put the price at £88 billion. But Lord Berkeley says independent analysis arrives at a figure of at least £107.92 billion.

“I believe that Parliament has been seriously misled by the failure of HS2 Ltd and by ministers to report objectively and fairly on costs and programme changes,” Lord Berkeley wrote in his report.

“Parliament needs one firm figure for the funding envelope at the time when it gives formal approval to cancel or amend a project without wasting large sums of money.”

Lord Berkeley said he wrote his “dissenting” or “minority” report because he disagreed with, and was not given the chance to amend, some conclusions of the draft report overseen by Doug Oakervee, the former HS2 Ltd chairman appointed by Boris Johnson to lead the review into “whether and how we should proceed” with the project.

The now defunct review panel’s deputy chairman launched a scathing attack on the review in November, after a leaked draft recommended the high-speed railway should be built in full despite soaring costs.

In his report, Lord Berkeley says he wrote to Mr Oakervee to detail his concerns with the review. These included “a bias towards accepting HS2’s evidence in preference to those of others, leading to what I considered to be a critical but supportive recommendation for HS2 Ltd to continue. I do not believe that the evidence that the review received supports this view.”

Lord Berkeley linked the costs of HS2 to the fact it was planned around a specification “unnecessarily high and expensive” for a country the size of England, far smaller than other countries with high speed trains.

“HS2 Ltd has designed the scheme for 360/400kph (223-248mph), higher than any other high speed line in Europe or Japan, and for 18 trains an hour in each direction, when the company itself admits that no other such high-speed line is able to run more than 12 to 14,” he wrote.

“Even before taking into account the much higher scheme costs, the ratio of benefits to costs … is totally false, based as it is on (having) more trains than any other high speed line can operate, on higher speeds, and on trains running full all day with high fare paying passengers.”

“Not good for the environment”

Lord Berkeley said while economic modelling by HS2 Ltd had arrived at a conclusion that benefits of the project would be more than twice its costs, his best estimate was for a benefits-to-costs ratio of less than one, and possibly as low as 0.6, making it “poor value for money”.

He also said plans to build HS2 – compared to merely improving existing lines – were “not good for the environment”.

In addition, HS2 Ltd had “exacerbated the situation by its appalling treatment of stakeholders, residents, businesses and councils in the areas over which it plans to construct the lines”.

“Stakeholders have been poorly served and often misled by the contents of Environmental Statements issued by HS2 Ltd.”

“The wrong and expensive solution”

“There is strong evidence that the greatest need and demand for improved rail services is within the regions, in particular the Northern Power House and Midlands Connect areas,” he wrote.

Lord Berkeley said information disclosed to the review panel raised “very serious concerns about the competence of HM Treasury and the Department for Transport” in relation to the project, and that of HS2 Ltd.

“All this does not give me confidence either that HS2 Ltd. has the necessary corporate ability to take the project forward, or that the Department for Transport has the correct policies and structures to manage such projects on behalf of the whole government and reporting to Parliament,” he wrote.

“The case for HS2 has always been poor, and is simply getting worse,” said Penny Gaines, chairman of Stop HS2. “It is time for this white elephant of a project to be cancelled as quickly as possible.”

The executive director of Greenpeace UK, John Sauven, said the Government needed to start listening to “HS2’s critics” if they were serious about climate change.

“The protection of ancient woodlands must be a priority for rail development,” he said.

Phase one of HS2 is planned to run between London and Birmingham. It was initially planned to launch in 2026, but a recent report by HS2 Ltd stated that this could be pushed back until 2031.

An HS2 Ltd spokesman said: “There have been many individual views expressed about the HS2 project, however we await the publication of the Government’s official review.”

A Department for Transport spokesman said: “The Government commissioned the Oakervee review to provide advice on how and whether to proceed with HS2, with an independent panel representing a range of viewpoints … Lord Berkeley’s report represents his personal view.”