Protesters said any deal would be a “horror story” and a serious threat to the NHS, UK food standards and democracy. 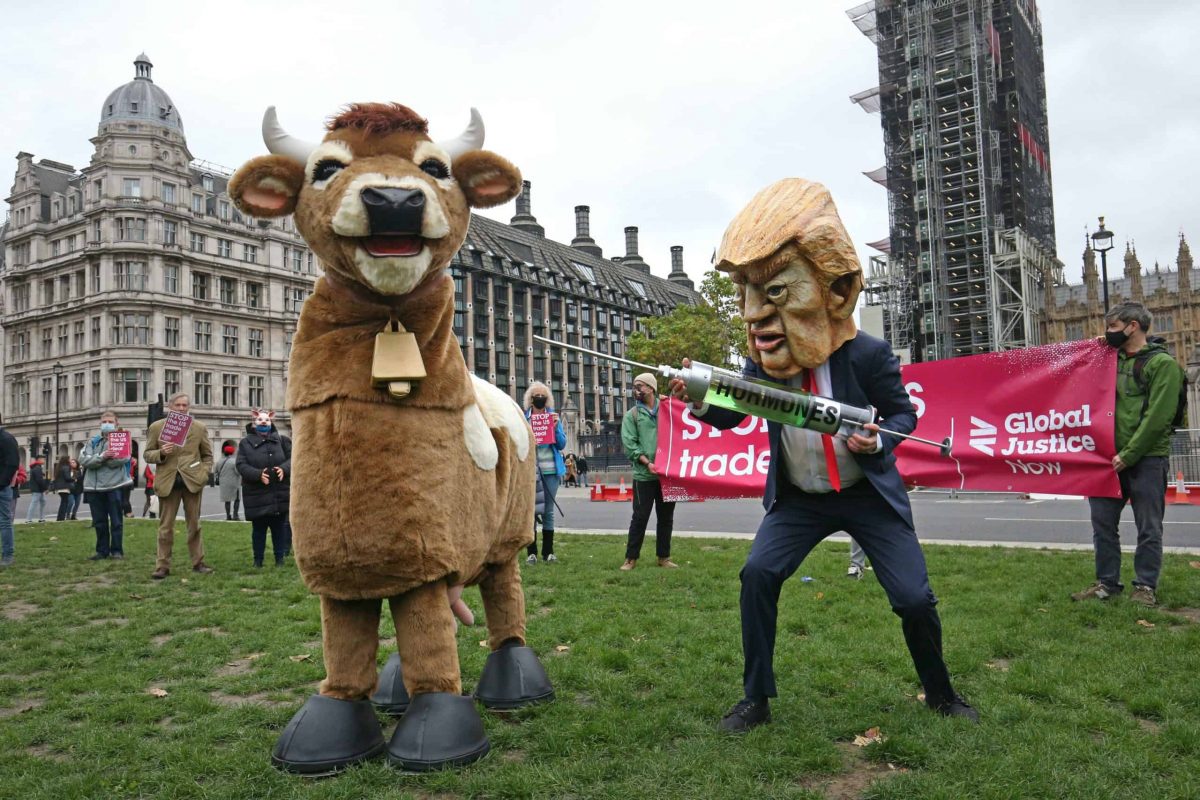 A pantomime cow and a group of chlorinated chickens were among dozens of demonstrators who flocked to central London to protest against a proposed trade deal between Britain and the US.

The demonstration saw a Donald Trump impersonator holding a syringe labelled “hormones” face off with the cow, named Daisy, in opposition to the lowering of UK food import standards.

Around 50 people arrived in Parliament Square in Westminster for the protest, organised by the Stop Trump Coalition, with War on Want Banners and demonstrators playing music and dancing.

It came after the second in-person presidential debate between Mr Trump and his Democratic challenger Joe Biden on Thursday evening, and ahead of the US election in 10 days’ time.

Organisers say any negotiated deal would be a “horror story” and a serious threat to the NHS, UK food standards and democracy.

“Donald Trump’s administration has been one of the most racist and toxic in American history, from the brutal repression of Black Lives Matter protests, the Muslim ban, the torture of migrants and climate change denial,” they said.

“None of this has deterred the UK Government from trying to deepen our relationship with the US through a trade deal.

“Boris Johnson has made it clear that he wants a deal with the US – and Donald Trump has said that everything is on the table.”

Asked if she opposed the lowering of UK food import standards, Daisy nodded and mooed.

Participants in the protest were urged to follow Government coronavirus guidelines, wearing masks and staying two metres apart where possible.