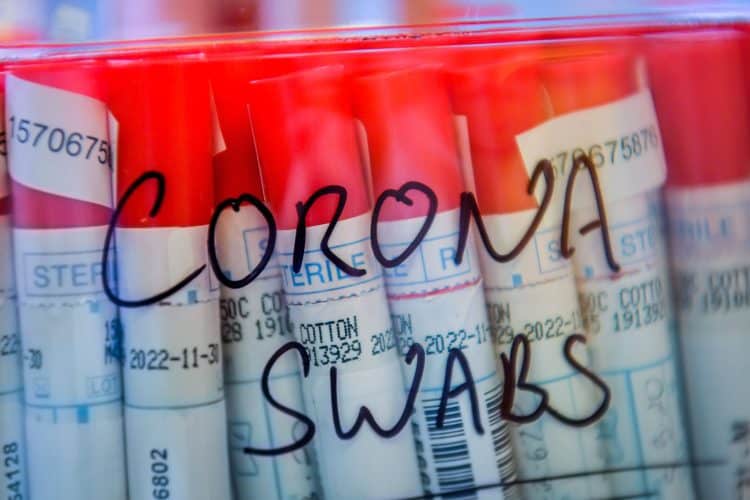 A scientist behind the Oxford jab has expressed optimism that existing vaccines will be effective against the new Omicron variant and said it is “extremely unlikely” it will cause a “reboot” of the pandemic in Britain.

His remarks came as countries rushed to close their borders to nations in southern Africa to slow the spread of the strain designated a “variant of concern” by the World Health Organisation over fears it presents an increased risk of reinfection.

The UK Government has banned flights arriving from South Africa and five neighbouring nations, but ministers were considering adding more countries to the red list, as Belgium became the first EU country to report a case of Omicron.

The Netherlands was also of concern, with Dutch authorities saying 61 people tested positive for Covid-19 arriving on two flights from South Africa on Friday. Further tests are under way to determine if any of them had the Omicron variant.

Numerous pharmaceutical firms have said they are working to adapt their vaccines in light of the emergence of Omicron after the WHO warned that preliminary evidence suggests the variant has an increased risk of reinfection and may spread more rapidly than other strains.

Prof Sir Andrew, who also chairs the Government’s Joint Committee on Vaccination and Immunisation, said a new vaccine could be developed “very rapidly” if required because they now have a “well-oiled” process, but he offered tentative hopes the current jabs will still confer some degree of protection against the variant.

He told BBC Radio 4’s Today programme that most of the mutations in Omicron are in similar regions seen in other variants, adding: “That tells you that despite those mutations existing in other variants the vaccines have continued to prevent serious disease as we’ve moved through Alpha, Beta, Gamma and Delta.

“At least from a speculative point of view we have some optimism that the vaccine should still work against a new variant for serious disease but really we need to wait several weeks to have that confirmed.

“It’s extremely unlikely that a reboot of a pandemic in a vaccinated population like we saw last year is going to happen.”

Professor Calum Semple, who advises the Government as part of the Scientific Advisory Group for Emergencies (Sage), also offered some optimism by saying the current evidence is “it’s not causing more death”.

“The problem this might present is it might evade some of the vaccines but it might not evade the boosters or the two proper doses,” he told BBC Breakfast.

But some experts were more concerned and ministers were facing calls to go further to prevent a wave of the new variant arriving in Britain while a Delta surge is ongoing.

He described the new strain “is a huge worry” and that “all the data suggests” it would be able to evade current immunity, telling BBC Radio 4’s PM programme: “Our fears are it would do so to a large extent.”

Health Secretary Sajid told MPs on Friday there are concerns the variant may be more transmissible, make existing vaccines less effective, and it may hinder one of the UK’s Covid treatments, Ronapreve.

Experts at the WHO said there is early evidence to suggest Omicron has an “increased risk of reinfection” and its rapid spread in South Africa suggests it has a “growth advantage”.

Moderna and Novavax were already beginning work to tweak their vaccines, while Pfizer and BioNTech said that – in the event of a variant arriving that evades existing jabs – they expect to be able to “develop and produce a tailor-made vaccine against that variant in approximately 100 days, subject to regulatory approval”.

South Africa, Botswana, Lesotho, Eswatini, Zimbabwe and Namibia were added to the UK’s travel red list on Thursday evening and passengers arriving in the UK from these countries from 4am on Sunday will be required to book and pay for a Government-approved hotel quarantine for 10 days.