Sheeps, pigs, cows and horses were left dead or dying leading to 36 charges of animal cruelty. 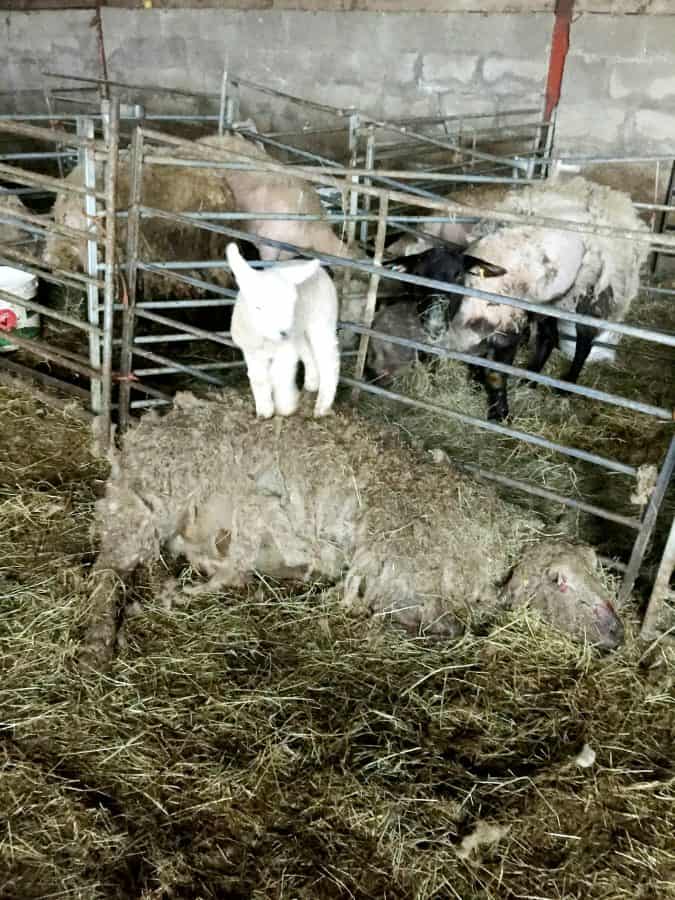 The owner of a “hell farm” who was convicted of one of the worst cases of animal cruelty the RSPCA has ever seen – has appealed against a number of her charges.

Susan Smith, 61, was found guilty alongside two others at a trial in June 2018, of 36 charges of “horrific” animal cruelty, including leaving hundreds of dead animal carcasses to rot.

But now, the farm-owner has prompted a second trial as she appeals some of the charges against her – impelling Bristol Crown Court to re-examine the decision of magistrates to convict Smith.

The appeal trial began on Monday, when a Trading Standards inspector was questioned over her investigation at Smith’s farm.

Angela Phillips, from Trading Standards, first visited Ingst Manor Farm in Olveston, South Gloucestershire, with the RSPCA in February 2015, and began cataloguing the “horrific” conditions they found there.

The inspectors had to begin disposing of dead animals when they found decomposing carcasses of 87 sheep, nine cattle, two pigs, and two goats.

A decomposing horse was found wrapped in plastic, with another dead horse discovered attached to the rear of a vehicle with a rope tied around its neck.

And there were so many dead chickens and poultry that the RSPCA could not count them all.

Smith’s daughter, Georgina Blizzard-Smith, 21, who used to live at the farm, was also found guilty of two offences relating to two dogs found at the farm in April 2016.

Those animals that survived were found clinging on to life in shocking conditions.

The disposal operation was described as the biggest since the foot-and-mouth outbreak in 2001.

And inspectors and vets who visited the site said what they were confronted with would “stick in the minds of all those who helped rescue those animals”.

Smith, then 60, was eventually found guilty of 36 individual charges relating to a range of crimes.

These ranged from not disposing of the bodies of dead animals, animal cruelty, neglect to not registering births and using unlicensed feed.

But Smith, who is now appealing some of the charges, has said she had been bed-bound with pneumonia for a number of weeks in February 2015.

She claimed she had left the farm in the care of Mark Downs, 50 – who was also convicted of 22 separate charges.

The current ongoing appeal is one of many Smith has instructed her counsel to file.

Miss Phillips spoke of her visit to the farm on March 14, 2015, when she and a DEFRA vet went to the farm on a prearranged visit and found a number of animal carcasses which had not been disposed of correctly.

Pictures were shown in court of chicken cages and close ups which revealed two to three dead birds.

The inspector returned on July 15 with members of the RSPCA, including a vet, and were refused entry by Smith.

On that visit Miss Phillips said they found sheep in poor condition which led to her making the decision to seize the animals. A pygmy goat was also seized.

Later, on a visit to the farm on April 26 two dogs were said to have been found suffering unnecessarily – a small Jack Russell named Dottie, and another named Savannah.

Smith agreed for the dogs to be taken to a clinic to be assessed, and RSPCA vet Dr Martin confirmed the dogs were suffering unnecessarily, causing Miss Phillips to seize the dogs.

Under cross-examination by Smith’s defence barrister Sara-Lisa Howe Miss Phillips was asked questions about her visit.

She was asked why she first visited the farm with a DEFRA vet and then returned the next time with an RSPCA vet.

Ms Howe posed that Miss Phillips had used her position as a Trading Standards officer to act as a rubber stamping mechanism to grant the RSPCA access to the site with her powers under the animal cruelty act.

But Miss Phillips disputed this, confirming the government body had been “undergoing a joint investigation with the RSPCA”.

Ms Howe also questioned Miss Phillips on her decision to seize the animals, including the sheep and dogs, based on the professional advice of RSPCA vet Dr Martin.

And the court also heard Miss Phillips questioned over whether her decision to seize all the sheep was a proportional use of her powers as an officer.

His Honour Judge Ambrose is hearing the trial and sat alongside him are magistrates Mrs Simmons and Mr Robinson.