Plunging into a Scottish loch, this majestic osprey emerges triumphant with a DOUBLE FISH SUPPER. Spectacular pictures capture the moment the majestic bird of prey folds its wings and plunges down into the water. The osprey then snapped up two massive trout — but didn’t managed to hold on to them for long. The incident […] 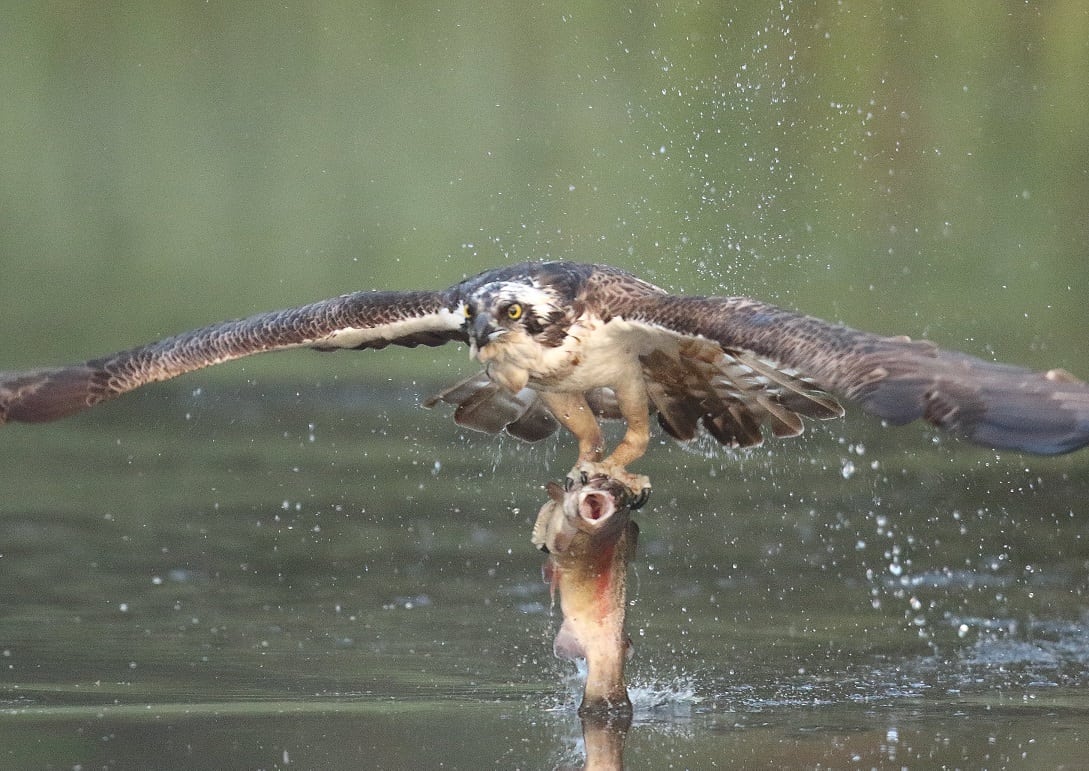 Plunging into a Scottish loch, this majestic osprey emerges triumphant with a DOUBLE FISH SUPPER.

Spectacular pictures capture the moment the majestic bird of prey folds its wings and plunges down into the water.

The osprey then snapped up two massive trout — but didn’t managed to hold on to them for long.

The 51-year-old, from Rochdale, Greater Manchester, has taken up photography as a hobby to distract him from his work as painter and decorator. He took the pictures from a hide beside a lake near Aviemore, Highlands.

He said: “I was just sat there in the hide watching for any osprey coming in.

“This one came in and grabbed two fish. But they were too heavy for it, so it really struggled to get out of the water. “And as it got out of the water it carried them for a bit and then lost them. It dropped both. I think it was being too greedy.

“I didn’t notice it until I started looking back at the pictures on the back of my camera.
Once I saw it, I was chuffed to bits.

“It’s the first time I’ve seen it happen. It was the shot of the day.”