"Brian Bilston is a truly fantastic poet in this modern dystopia," wrote one person after reading his poem. 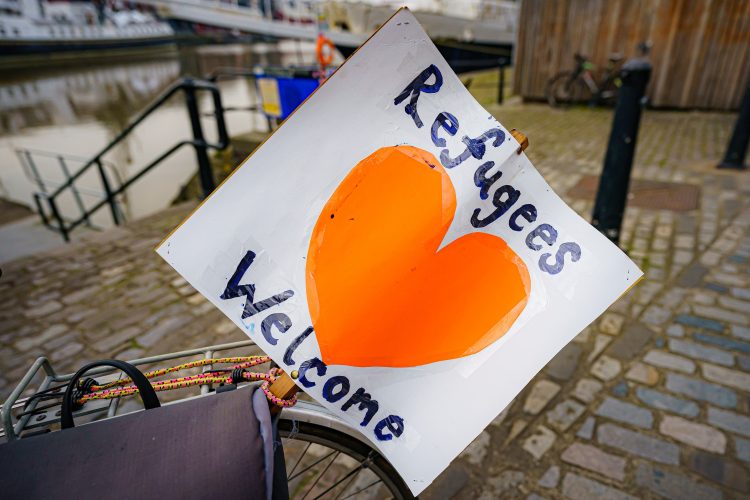 Today is World Refugee day. The UN tweeted: “Seeking safety is a human right. On Monday’s #WorldRefugeeDay & every day, you can support people forced to flee due to conflict, persecution or abuse.”

António Guterres Secretary-General of the UN also tweeted: “Whoever they are. Wherever they come from. Whenever they are forced to flee. Everyone has the right to seek safety.”

It comes as a poem by Brian Bilston is a must-read.

Actor Ben Stiller has said “seeking safety is a right and it needs to be upheld for every person” during a visit to Poland and Ukraine, where he met those affected by the ongoing war with Russia.

The American actor, 56, arrived in Poland on Saturday and was pictured in the large south-eastern city of Rzeszow, close to the border, speaking to aid workers in a storage facility

Stiller, who is a long-term Goodwill ambassador for the United Nations High Commissioner for Refugees (UNHCR) – the UN refugee agency – has since visited Ukraine on World Refugee Day.

Ben said: “Over the years I’ve had the chance to meet refugees and asylum seekers from around the world-from Syria, Central America, Afghanistan, Iraq, and now Ukraine.

“In so many parts of the world, war and violence devastate people and leave lasting traumatic effects. Wherever and whenever it happens, nobody chooses to flee their home.

“Seeking safety is a right and it needs to be upheld for every person.

“Protecting people forced to flee is a collective global responsibility. We have to remember this could happen to anyone, anywhere.”

Another groundbreaking poem by Brian Bilston is a must-read today, well every day.

This was one of many positive reactions: