"My colleagues aren’t coping very well. Some of them are so burnt out that they can’t eat, they can’t sleep, they can’t bring themselves to come into work. How has our Government failed us, and had all these months to prepare?” 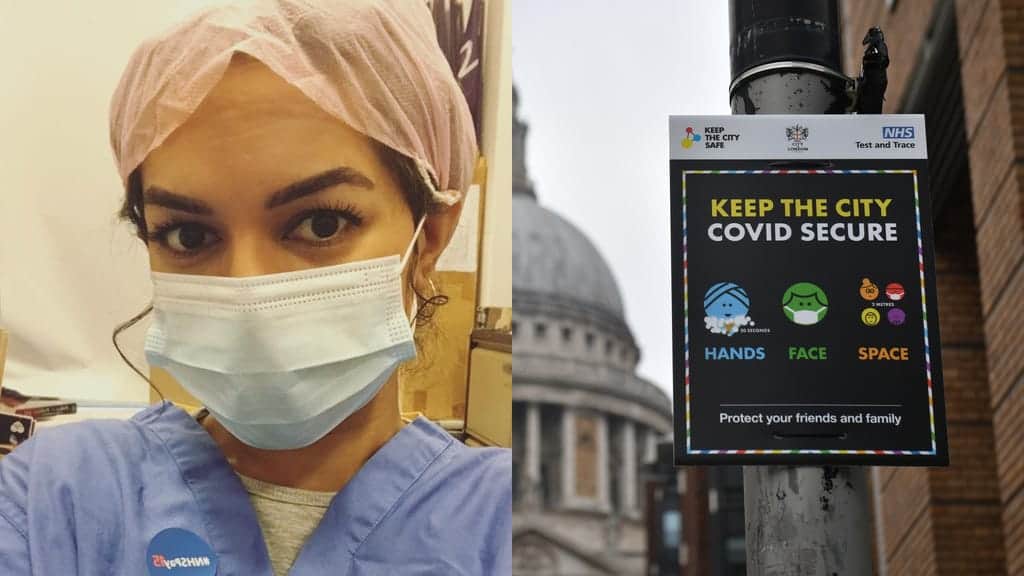 An ICU nurse at an NHS London hospital has said “our Government failed us” as the capital’s mayor Sadiq Khan declared a “major incident” across the city in the face of soaring Covid-19 cases.

Ameera Sheikh, 28, who is a Unite union representative, said that across the country some of her colleagues “are so burnt out that they can’t eat”.

She told the PA news agency: “Some (patients) are openly admitting that they’re breaking the rules, some people are just giving some vague responses.

“This is being told to me by friends who work in the emergency department, not only in London but across the UK.

“During and after the first wave, a lot of staff had handed in their resignation, and that’s across many hospitals in the UK.

“A lot of people were just about coping in the first wave – because of the way that they were treated, because of what they saw, the trauma, and not being supported well enough by management – they left.

“So now we’re seeing a massive surge, being in the second wave, and it’s worse than the first wave.

“It’s so stressful, my colleagues aren’t coping very well. Some of them are so burnt out that they can’t eat, they can’t sleep, they can’t bring themselves to come into work. How has our Government failed us, and had all these months to prepare?”

London hospitals will run out of beds within weeks if the spread of coronavirus is not dramatically reduced, Mr Khan warned as he declared a “major incident” across the city.

The capital’s mayor said Covid-19 cases were “out of control” and implored Londoners to stay at home “unless it is absolutely necessary for you to leave” in order to save lives and protect the NHS.

Ms Sheikh added that space at work was becoming more limited as a result of the “surge” in coronavirus cases.

“In our ICU usually all our patients have a bed in their own room, so it’s just one bed in one room,” she said.

“On top of that you’re seeing nurses who are now doubled and tripled on the ICU. Usually the nursing to patient ratio is one to one, but you’re seeing one to two, one to three, one to four.”

“After all these months some of my colleagues across the UK are still wearing expired FFP3 masks,” she claimed.

“A lot of them still haven’t been given the appropriate PPE-wear.”