"The North will not be collateral damage in the Tory chaos," Sinn Fein vice president Michelle O’Neill said. 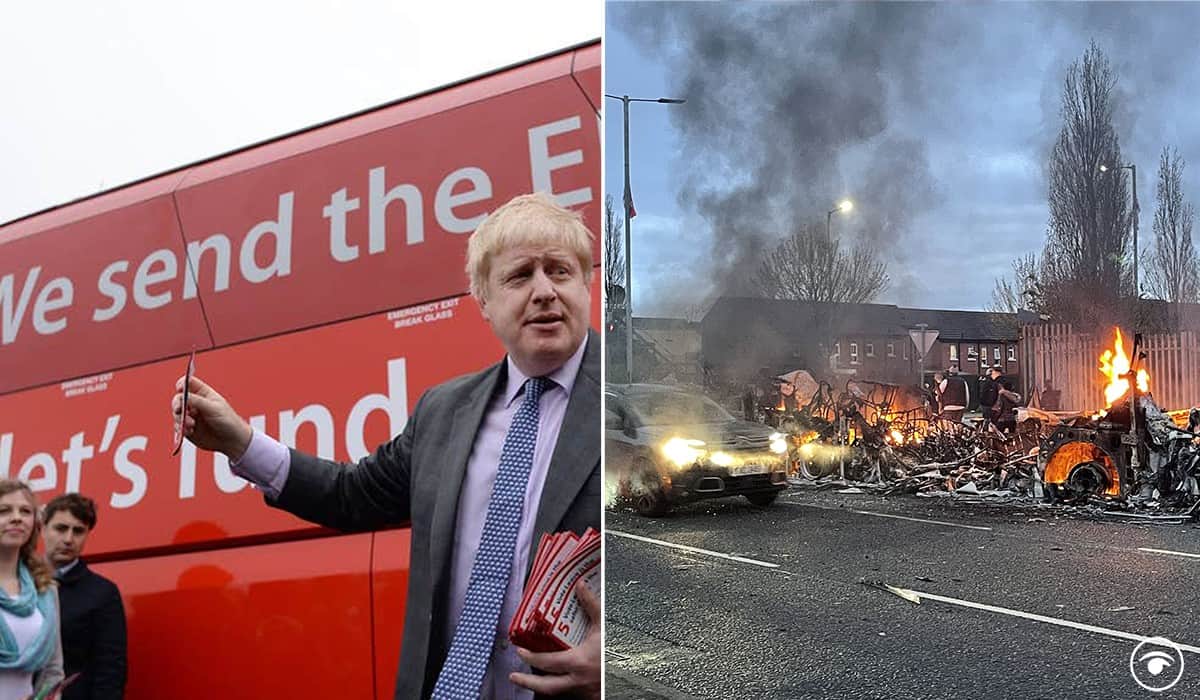 It comes as Brexit secretary David Frost has resigned in a critical moment of “getting Brexit done”, prime minister Boris Johnson’s key promise in the 2019 general election and the latest one to be at risk of being broken.

The move comes at a delicate time in the Brexit process for Northern Ireland’s future.

NI’s Sinn Fein, the SDLP and the Alliance Party all agreed that Britain’s exit from the EU now has more chances of a successful negotiation now that Lord Frost has left his role.

Northern Ireland ‘won’t be collateral damage in the Tory chaos’

She said: “David Frost negotiated Brexit of which a majority here rejected.

“He has undermined the Protocol since, which limits the damage of Brexit on our people and economy. We now need momentum in the talks to make it work better. The North will not be collateral damage in the Tory chaos.”

O’Neill told the BBC: “This is the same David Frost who negotiated Brexit and he has worked to undermine it every day since.

“I am less concerned about what is going on in the Tory Party and the dismay and the disruption.

“What I am more concerned about is that the protocol is made to work, that pragmatic solutions are found, that certainty and stability is achieved for all of our business community here who have been left high and dry in terms of uncertainty because of the Brexit mess.

“David Frost will be replaced by another minister and whoever that minister is, they need to find solutions, work with the EU, make the protocol work and provide that certainty and stability that is desperately required.”

‘Opportunity to reset talks with EU’

He said “It is telling that in his resignation letter, David Frost failed to make even a cursory mention of Northern Ireland.

“The truth is that his approach to the negotiations over the operation of the protocol were aggressively influenced by narrow ideology, almost always at odds with the needs and wishes of people and businesses on this island.

“The negotiations over the protocol cannot become a victim to the chaos at the heart of government in London. Frost’s resignation is an opportunity to reset the approach to the dialogue with the European Commission, to refresh the relationship with the EU and to return to the solutions that are presented to these challenges in the Good Friday Agreement.”

Alliance Party MP Stephen Farry said: “Hopefully, this will lead to a less confrontational and more realistic approach around the Protocol.

“Let’s build on momentum from the breakthrough on medicines and find pragmatic solutions to the other challenges.”