In a video from 2019, Farage says passionately that the food shortages threat is "Project Fear" and "should be utterly, completely, totally, disregarded.” 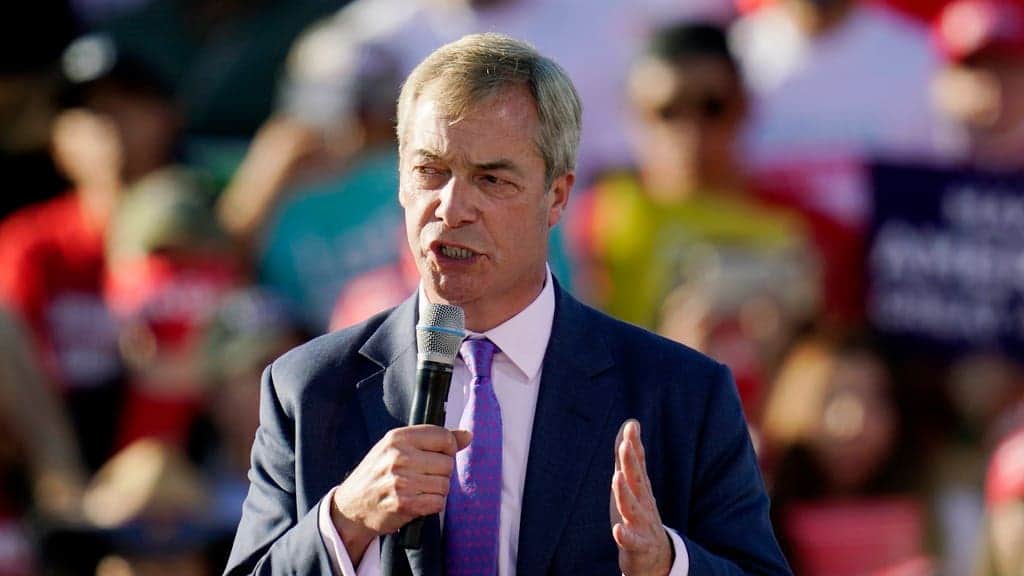 A video of Nigel Farage dismissing the threat of Brexit-caused food shortages as “utter tosh” has not aged well.

In a 2019 interview with ITV’s Robert Peston, Peston tells Farage that the government’s Yellowhammer report on Brexit consequences predicts potential shortages of food and medicines, as well as chaos for British people living in the EU.

“Why on earth would anybody vote for that?,” Peston asked.

Farage replied: “I’ve never seen such utter tosh in my entire life. Unlike the civil servants sitting in Whitehall, I spent 20 years in international trade, buying and selling goods and shipping them all over the world.

WATCH | "I've never seen such utter tosh in my life… There are over 100 active ports in the UK, there won't be food shortages. It's utter rubbish – Project Fear Mark 2… it should be utterly, completely, totally disregarded!" @Nigel_Farage nails it!pic.twitter.com/xnOZYhFg3X

But the past few months have seen warnings that shortages of Christmas food are expected this year, with meat such as turkeys and pigs in blankets under threat.

And poultry magnate Ranjit Singh Boparan warned Brexit may lead to the worst food shortages since the war. He said labour shortages are pushing his industry to a ‘crisis point’, according to Metro.

Last month, Nando’s had to shut 45 restaurants after suffering a shortage of chicken as industry suppliers warned supply chain disruption is “not going away”.

The army was ready to step in to tackle UK’s lorry drivers shortage, which is one of the leading causes of food shortages.