A study by the Institute of Economic Affairs says the idea that the NHS performed admirably over the past year is a “myth”. 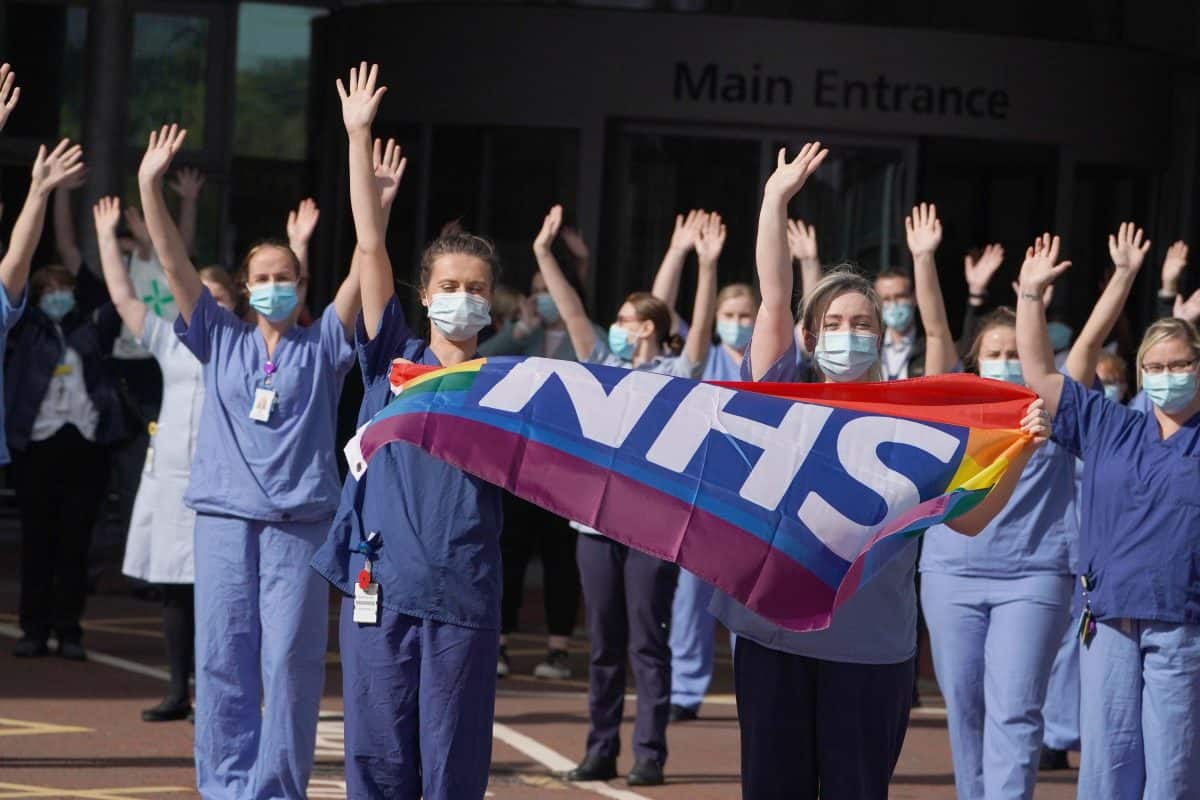 The public have “no reason to be grateful” for the existence of the NHS because its performance during the coronavirus pandemic has been “nothing special”, a right-wing think tank has claimed.

A new study by the free-market Institute of Economic Affairs (IEA) says the idea that the health service has performed admirably over the past year is a “myth”.

The report, by a think tank which features a number of Tory donors and peers on its advisory board, compares the UK’s healthcare system to others around the world – concluding that “there is no rational basis for the adulation the NHS is currently receiving”.

It claims that “Clap for Carers” and posters thanking the NHS last summer were part of “false Covid-19 narratives” – including the suggestion that the health service had kept the country united throughout the crisis.

Entitled ‘Viral Myths: Why we risk learning the wrong lessons from the pandemic’, IEA head of political economy questions Boris Johnson’s claim that the NHS “has been unbeatable” throughout the battle against Covid-19.

“What is safe to say is that there is no rational basis for the adulation the NHS is currently receiving, and no reason to be ‘grateful’ for the fact that we have it,” the report says.

It also wafts away claims that the virus has exposed deep-seated problems caused by privatisation and austerity – praising, instead, the four ‘Asian Tigers’ of Taiwan, South Korea, Hong Kong and Singapore for keeping Covid deaths low while leaving their economies open.

“The best performers do not have national health services. Their healthcare systems are not similar to the NHS,” it claims.

“There is no guarantee that this would have served the UK better during the pandemic, but there is certainly no reason to believe that it would have done any worse. There is nothing special about the NHS, neither during this pandemic, nor at any other time.”

It adds: “While we cannot blame the NHS for policy failures in areas completely unrelated to healthcare, neither can we claim that the UK’s high excess death rate had nothing to do with healthcare.”

Objecting to the idea that “the NHS has emerged as the star performer of the pandemic”, Niemietz says: “It has, but only in the way in which for proud parents watching a school performance, their own child will always stand out as the ‘star performer’, even if nobody else sees it that way.”

The report concludes: “A pandemic is not going to solve our longstanding ideological disputes for us.

“Age-old arguments about the appropriate balance between the state and the market, about how open our economy should be, or about what type of health reforms (if any) we need, are not going to be settled by a virus.”