A cancer patient is furious after he was forced to wait 13-and-a-half HOURS on a hospital trolley in a corridor whilst “half naked”. Nick Turner, 54, says he felt like he was in the “third world” as he waited for treatment for a blood infection after chemotherapy for bowel cancer had compromised his immune system. […] 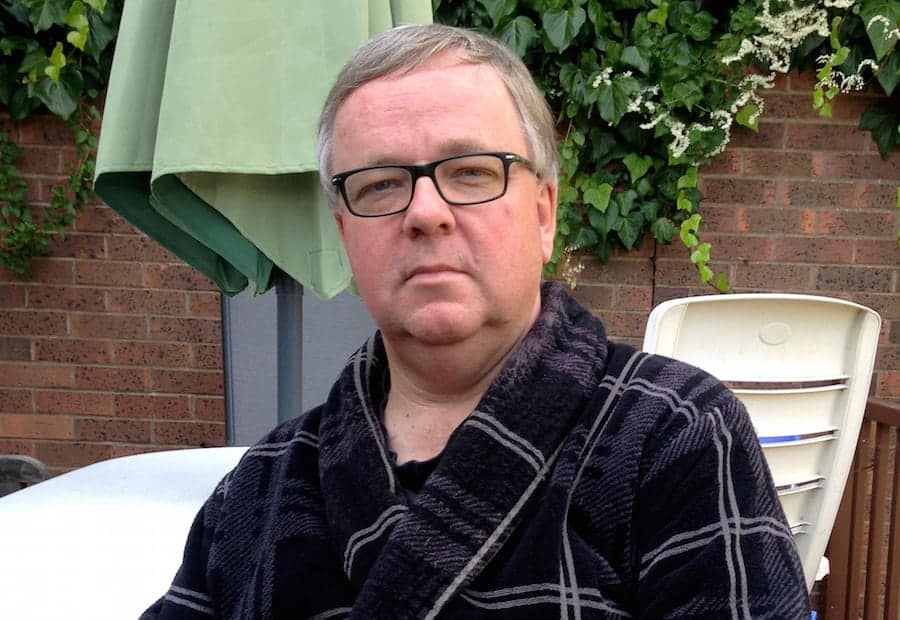 A cancer patient is furious after he was forced to wait 13-and-a-half HOURS on a hospital trolley in a corridor whilst “half naked”.

Nick Turner, 54, says he felt like he was in the “third world” as he waited for treatment for a blood infection after chemotherapy for bowel cancer had compromised his immune system.

The solicitor said he and more than 50 patients ended up waiting in a corridor during his nightmare experience at Worcestershire Royal Hospital on July 30.

Mr Turner, who has previously visited hospitals in Abidjan, Ivory Coast, where he distributed Gideon’s Bibles, said: “It felt like I was in the third world.

“Conditions were similar to West Africa.

“It’s a disgrace to this country and the NHS leaving matters as they are a moment longer.

“I felt humbled and humiliated.

“I felt I lost all my dignity.

“I was half-naked, wearing nothing but pyjama shorts.

Mr Turner was taken to the hospital by wife Joy after he developed a raging fever.

But as there were no beds available so he ended up in a corridor with ’50-plus patients’, both male and female.

The dad-of-three from Worcester said a female patient less than a foot away from his trolley was ‘groaning in pain’ and described the scene as ‘chaotic’.

Mr Turner had a tumour removed from his bowel and is now undergoing chemotherapy which has left him feeling exhausted.

He stressed he had no criticism to make of the nurses and doctors in A&E.

He says a stay on a corridor at Worcester hospital has now become ‘a rite of passage’ or an ‘initiation’ for most patients at the scandal-hit trust.

Mr Turned added: “The only way they can do it [relieve pressure on the hospital] is to put emergency army hospital tents in the car park like in M*A*S*H.

“Patients will feel a lot better if they’re in something like a ward such as a temporary hospital.

“If you call the corridor hell, then the Medical Assessment Unit felt like heaven but it’s only a portable cabin with no windows.”

He spent seven days in the hospital after his admission, first in the corridor then the medical assessment unit before being transferred to the medical high care unit.

He is now recovering at home after spending a further seven days at the Spire Southbank Hospital in Worcester.

A spokesman for Worcestershire Acute Hospitals NHS Trust said: “We’re sorry that Mr Turner was unhappy with his experience in our A&E department and understand the anxiety caused when any patient has to spend some of their stay in the A&e corridor.

“It is important to note, that the corridors referred to are a fully enclosed part of our A&E department, and these patients are cared for by the same doctors and nurses as any other patient in the department.

“This is not the experience we aspire to provide for patients, but during the busiest periods it is sometimes necessary to utilise a corridor to enable us to treat all the patients who attend our A&E.

“We recognise the challenges we have around patient flow and the impact this has on our emergency department.

“We are continually focused on making improvements, ultimately to eliminate the need for any patient to spend time in the corridor.”