Brexit fears mount as Tesco begins to stockpile food in preparation for a no deal. 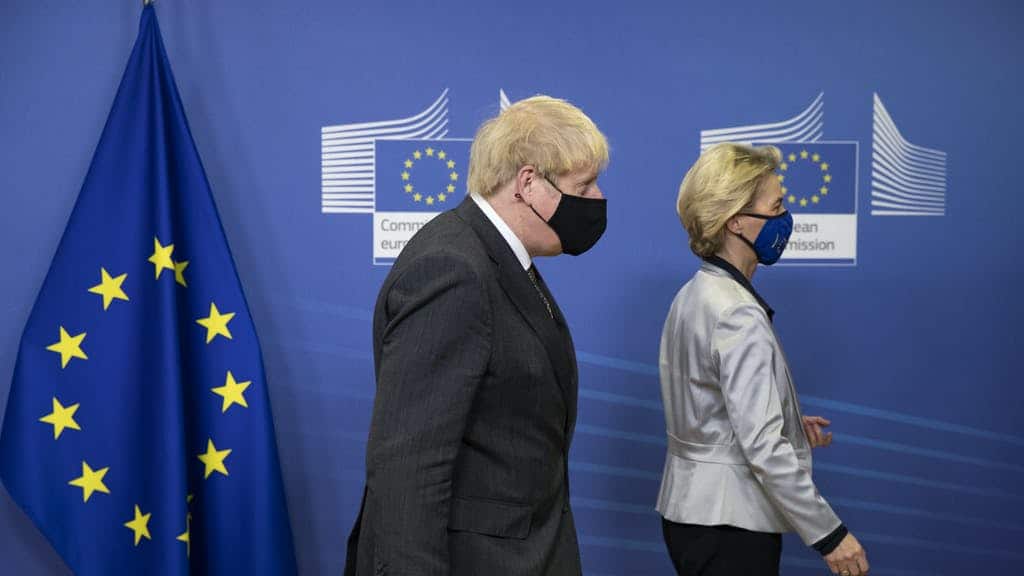 The Daily Mail reports it was a “dramatic night over fish supper”, the i quotes Downing Street as saying “very large gaps remain between the two sides” and The Independent has the Prime Minister leaving Belgium “empty-handed”.

I: Fudge for last supper at EU talks #TomorrowsPapersToday pic.twitter.com/qp2Z0SHIK1

Metro carries the headline “Give us a meal deal”, the PM says in The Guardian an agreement is still possible and The Times reports Mr Johnson “refuses to back down in face of Brexit deadlock”, with the Daily Express also saying the premier was “standing firm”.

The Times 10/12/20
Boris Johnson and Ursula von der Leyen the European Commission chief, removed their masks before a dinner in Brussels last night at which they searched for a deal. Photo : Olivier Hoslet/AFP via Getty Images#tomorrowspaperstoday #thetimes #buyapaper @thetimes pic.twitter.com/DR4q0mnUMj

There are just four days to “save trade deal after Brussels talks go badly”, according to The Daily Telegraph.

And the Daily Mirror reports Tesco is stockpiling food for the new years amid fears the PM will fail to negotiate a trade pact with the bloc.