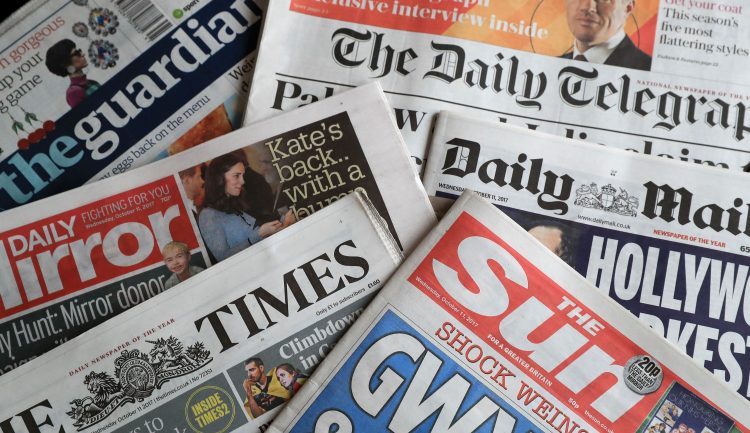 Saturday’s papers are led by the suspension of MP Chris Pincher from the Conservative party after an investigation was launched into allegations he drunkenly groped two men at a private members’ club.

Mr Pincher dramatically quit as deputy chief whip on Thursday after a drunken incident in which he allegedly groped two male guests at a London private members’ club.

The Prime Minister was under pressure to go further and suspend him from the Tory Party, while opposition parties said his position as an MP was untenable.

With the MP suspended, the spotlight has turned on what the prime minister knew about allegations against Pincher, who had previously resigned from the whips’ office in 2017 following claims he made unwanted passes at a Tory colleague and acted like a “pound shop Harvey Weinstein”

The papers were not backing the PM either:

The Independent reports that the Prime Minister promoted the “groper” despite a warning about his conduct.

The i says Boris Johnson has angered Tory colleagues for protecting the “groping” MP.

Mr Pincher will be investigated by parliament’s complaints watchdog, The Guardian adds.

The Daily Mail also calls him the “groping” MP on its front page, carrying allegations supposedly made by an “eye witness” that on the night in question Mr Pincher was too drunk to speak and was “staggering around the bar… lurching towards young men and propositioning them”.

Also reporting on the “sex pest” MP, The Times says more allegations of his misconduct have emerged after a “young Conservative activist” contacted the paper.

Elsewhere, the Daily Express carries the PM’s plan to allow 50-year “family mortgages” to be shared by generations.

The Daily Mirror splash features an interview with a child abuse survivor who was groomed by Soham murderer Ian Huntley.

The Daily Telegraph reports on more “holiday chaos” that is expected to hit Heathrow.

While FT Weekend has the boss of Ryanair warning air travellers that they face years of rising fares.

And the Daily Star says a racing pigeon turned up 4,000 miles away in the US after getting lost flying home.