"Next week, he'll be back with advice on feminism, responsible parenting and the importance of adhering to lockdown rules." 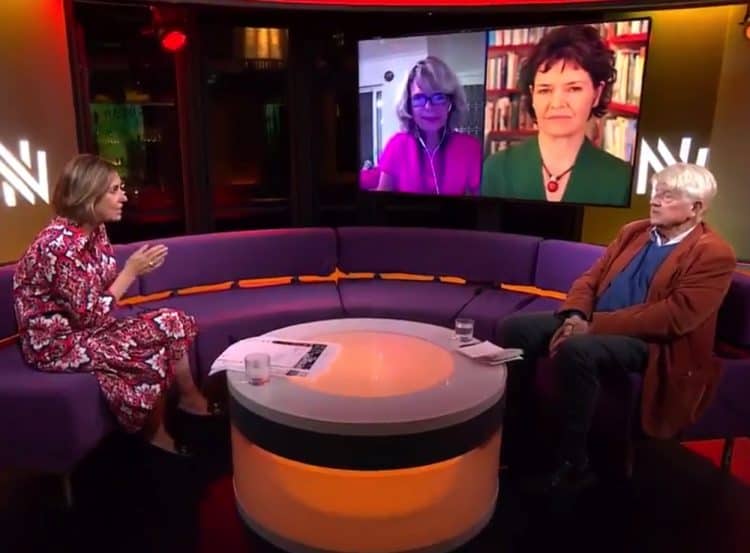 Newsnight has been heavily criticised on social media for inviting the prime minister’s dad on the show to talk about the climate crisis.

Yesterday the UN Intergovernmental Panel on Climate Change (IPCC) issued a ‘code red’ for humanity, saying without rapid and large-scale action to cut down emissions, global temperatures will pass the critical 1.5-degree Celsius threshold in the next two decades.

In response to the findings, secretary general Antonio Guterres has said: “The alarm bells are deafening, and the evidence is irrefutable: greenhouse gas emissions from fossil fuel burning and deforestation are choking our planet and putting billions of people at immediate risk.

Many people were left bewildered after so-called “environmentalist” Stanley Johnson turned up on Newsnight to discuss the findings, with several people pointing to more obvious, expert, alternatives.

“I think he is well seized of this one.”

Environmentalist @stanleypjohnson thinks that his son, the Prime Minister, is a supporter of carbon taxing#Newsnight | @kirstywark

The reaction on social media has been fierce.

Stanley Johnson, so determined to tackle climate change, that he took two planes to avoid a ban on direct flights from the UK to Greece

All at a time when everyone was told to avoid foreign travel unless it was absolutely necessary #Newsnight pic.twitter.com/RhtN3JkA8N

Newsnight brought on Stanley Johnson to talk about the environment. Next week, he'll be back with advice on feminism, responsible parenting and the importance of adhering to lockdown rules. pic.twitter.com/ePfXwFlEmo

Can you believe that Newsnight actually wheels out Stanley Johnson to speak to the nation on the subject of climate change?

You couldn't make it up, could you?

Whose bright idea was it to put Stanley Johnson on #Newsnight as the voice of the environmental movement?

The BBC determined to do Dave Chapelle's bit about asking Ja Rule to weigh in on 911 but because it's Britain it's Stanley Johnson instead. https://t.co/Rq5siOT1vz

I was asked by Newsnight to go on last night (it didn’t end up happening as they wanted to go in a different direction, which is normal). And the producer asked me if I thought the media was taking climate change seriously enough.